Love Island's Toby is in Ireland

Love Island fans discovered Toby Aromolaran is part Irish when his Mayo mother made an appearance on the show earlier this year.

It turns out his she hails from Mayo, and the reality star is here in Ireland with her right now.

So if you see someone who looks a lot like the runner-up, it probably is him.

He announced on Instagram last week that he'd be coming to Ireland soon to visit Dublin and Mayo.

Toby's been documenting his journey on Instagram Stories, and announced his arrival with a short video from Dublin airport.

The former Islander told his followers, "In Dublin now, and me and mum will see you in an hour and a half." 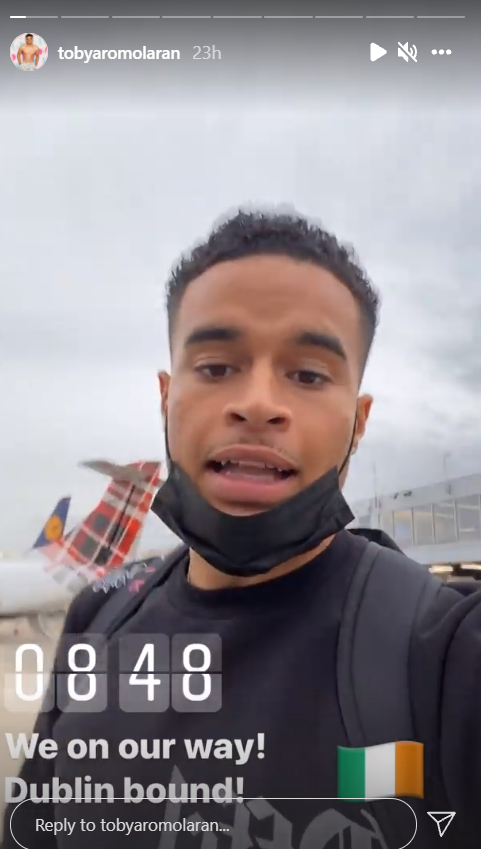 Toby and his mother later rented a car and drove to Mayo from Dublin airport.

They also stopped off at Lough Conn, and Toby shared a video of himself at the lake on Instagram.

"Look at these views. That is a lot of water. The real question is; do you think the Loch Ness Monster's in there?" He asked his followers. 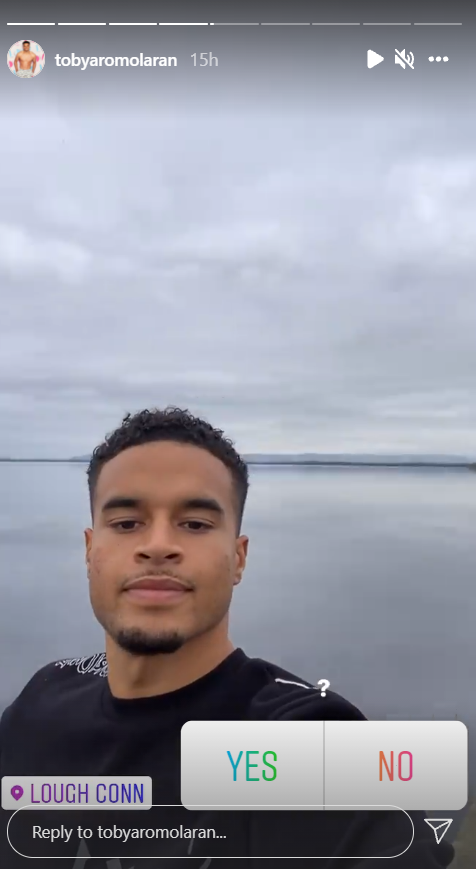 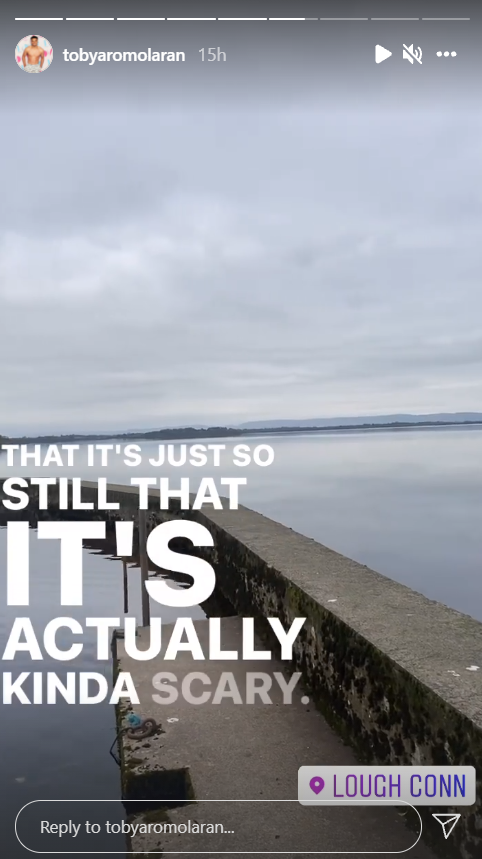 Toby shared another video and said, "You know what? It's so still that it's actually kind of scary. I'm actually scared."

He also posted a picture of him and his mother at a Crossmolina road sign.

The footballer captioned his post, 'Me & Mumzy back at her roots!'

Keep an eye out!

LOOK: Love Island's Dr. Alex Has Been Hanging Out In Ireland