There's just four weeks to go until it's set to premiere and we're so excited.

The clip opens with a close up shot of somebody staring up at the sky behind a pair of sunglasses.

A plane can be seen in the reflection of the person's glasses. 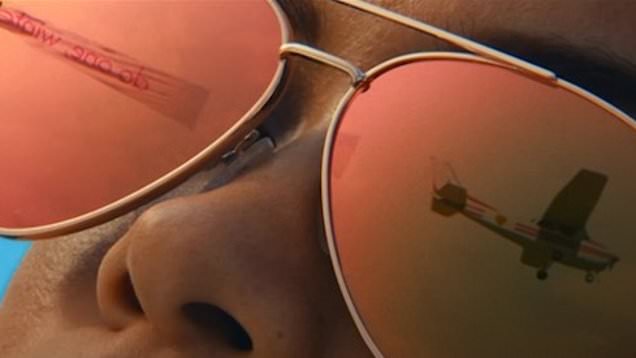 We're soon shown the aircraft in the sky and it's dragging a banner through the clouds.

Do one, winter #LoveIsland pic.twitter.com/ZoXCq4Pur2

Caroline Flack flew to South Africa this time last month to film a teaser which has yet to see the light of day.

'I haven’t packed anything yet. I always pack last minute.'

Big day tomorrow .. Infact without even telling you ... it’s one of my favourite days of the year... here’s a photo that has nothing to do with it ❤️🌴

While we're counting down the days 'till its return, she's not as excited.

Caroline explains that she'll be flying back from South Africa every weekend to film Aftersun in the UK, 'It’s a 13 hour flight.'

Referring to her iconic slow motion villa entrance, she jokes that it's, 'a long old flight just to do that walking.'

Multiple publications are reporting that the series will start on 8th January.

The date was leaked with crew apparently set to fly out to South Africa on New Years Day.

The new Islanders will follow soon afterwards for the six-week long series.

A source tells MailOnline, 'The new Winter Love Island will launch the second week of January.'

'Bosses are still deciding on the final date but it is thought to be January 8th.'

It's also been decided that the show will run for six weeks instead of the usual eight.

These babes and all the other Islanders together one more time...what could possibly go wrong? 🔥🔥 #LoveIsland

The source continues, 'The new cast of singletons fly out just days before the launch.'

'Bosses work with test Islanders to uncover the best spots in the villa to create drama.'

Love Island 2022: All The Rumoured Contestants So Far