Years & Years To Play The National Museum of Ireland Next June

Years & Years are bringing The Night Call Tour to The National Museum of Ireland next June 24th, for the Mother Pride Opening Party.

Tickets from €49.50 will be on general sale from November 5th at 9am from Eventbrite. 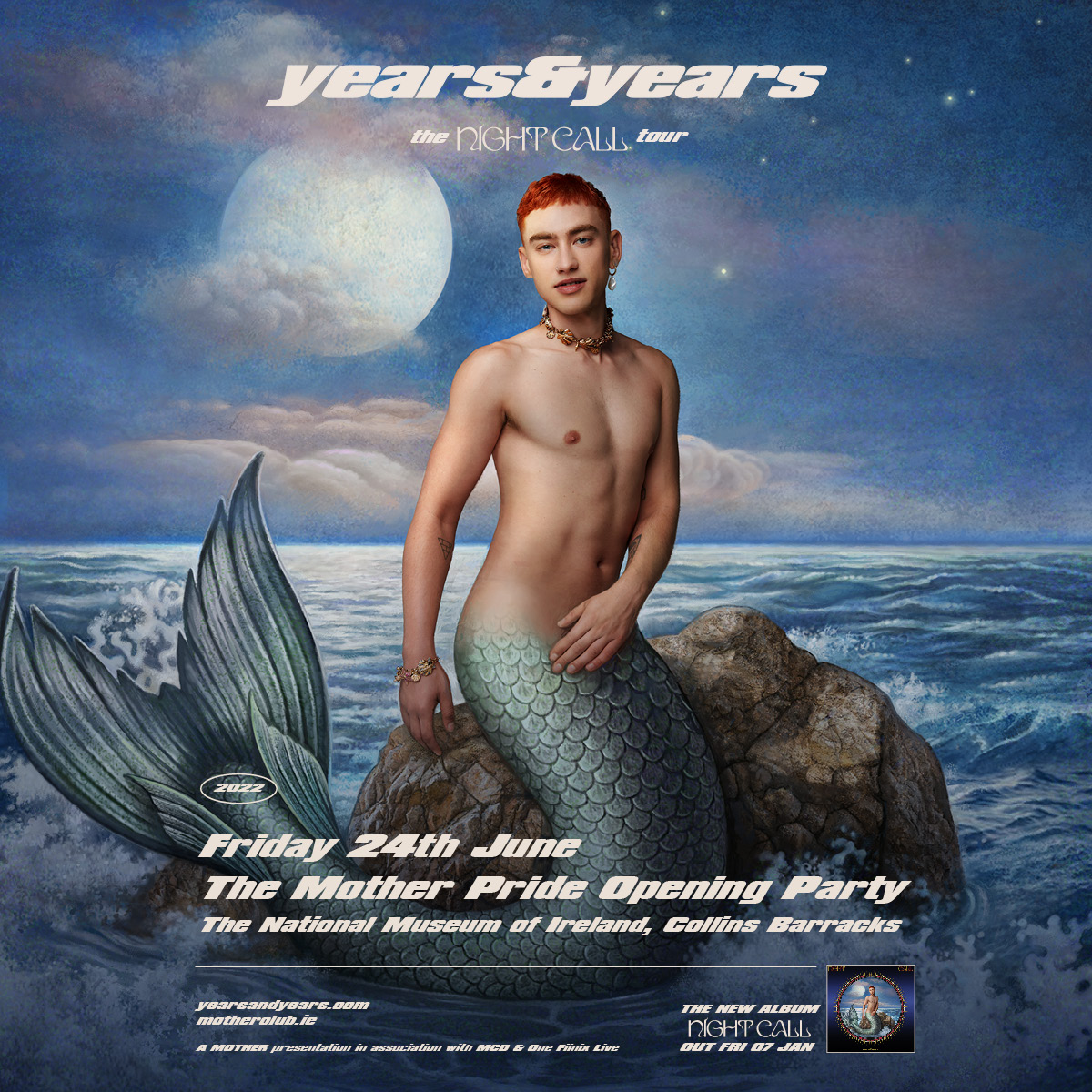 In the video, he's joined by his It’s A Sin cast mates.

Olly's been incredibly busy lately! He recently teamed up with Kylie on Second To Midnight.

It's the lead single from Minogue’s Disco: Guest List Edition.

And it also features on the deluxe version of Night Call upon its January 7th release.