The movie director posted a picture of Paul McCartney taking a bite out of a slice of watermelon.

She simply captioned it with a raised-hands emoji. 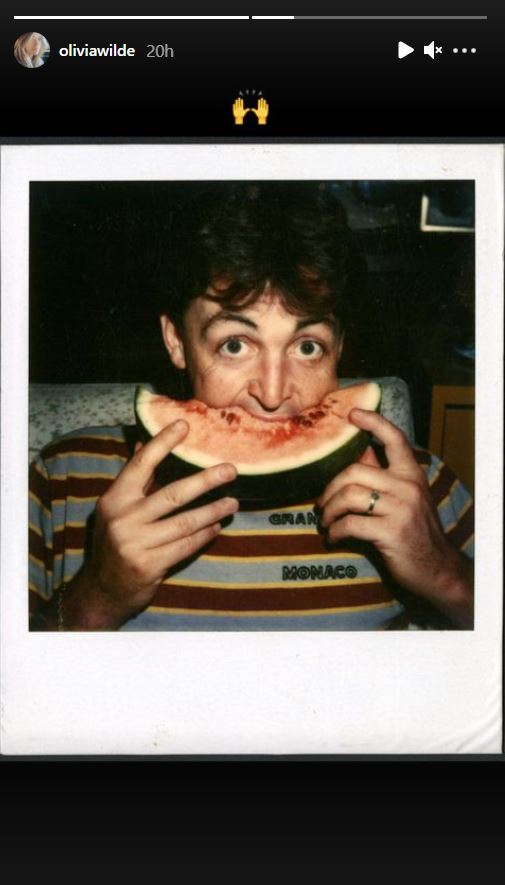 In his acceptance speech, he thanked everyone who worked on the Fine Line album with him.

Addressing his fellow artists, he said, "I feel very honoured to be among all of you, so thank you so much."

Harry also opened the awards ceremony with an incredible performance of Watermelon Sugar.

He wore a black leather Gucci suit, and was shirtless under his blazer.

Check out his performance below:

It's after they were spotted holding hands at his agent's wedding in California.

A source told E! News at the time that they were very, 'couple-y,' at the wedding, and stayed at the same hotel that night.

'They shared a room and did everything together,' the source spilled.

And it turns out their romance has been blossoming for quite some time, according to a separate E! insider.

This came months after Harry signed on to star in Olivia's movie, Don't Worry, Darling.

She recently paid tribute to him on Instagram after filming wrapped on the movie.