Cairde, an Irish dancing group with a massive TikTok following, are set to appear on Good Morning America for Paddy's Day.

They announced the news on their socials this week.

The group consists of seven members:

They already have quite a big following on Instagram, but it's nothing compared to their TikTok success.

In comparison to their 211k Instagram followers, the lads boast a following of 1.9m on TikTok.

One of their videos is even hitting nearly 90 million views, and you'll understand why when you watch it.

So it's no wonder the group have been asked to appear on Good Morning America for Paddy's Day.

Announcing the news on Instagram, they wrote, 'So, this is happening.'

They continued, 'The seven of us are so excited to be sharing this news with you.'

'We’ll be performing live from the Cliffs of Moher and will even be broadcasted on the screens in Times Square, New York City.'

'You don’t want to miss this one,' they wrote.

We can't wait to see the lads perform!

They also appeared for a chat with the talk show host. 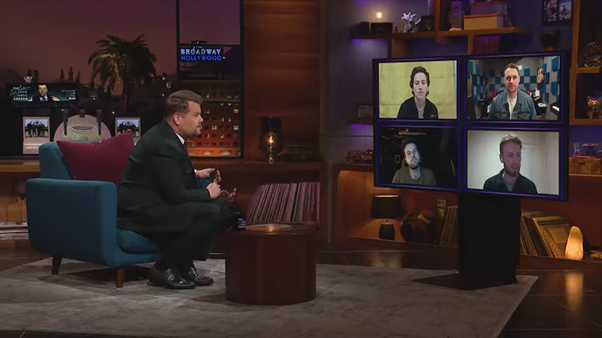