"Click And Collect" Drugs And Phone Service Discovered In Mountjoy

A contraband "click and collect" service has been uncovered at Mountjoy Prison in Dublin.

The contraband items included 10,000 tablets, cocaine, alcohol and up to 30 phones with sim cards and chargers.

The record seizure was made this morning at Dublin's Mountjoy Prison following an intelligence led operation. 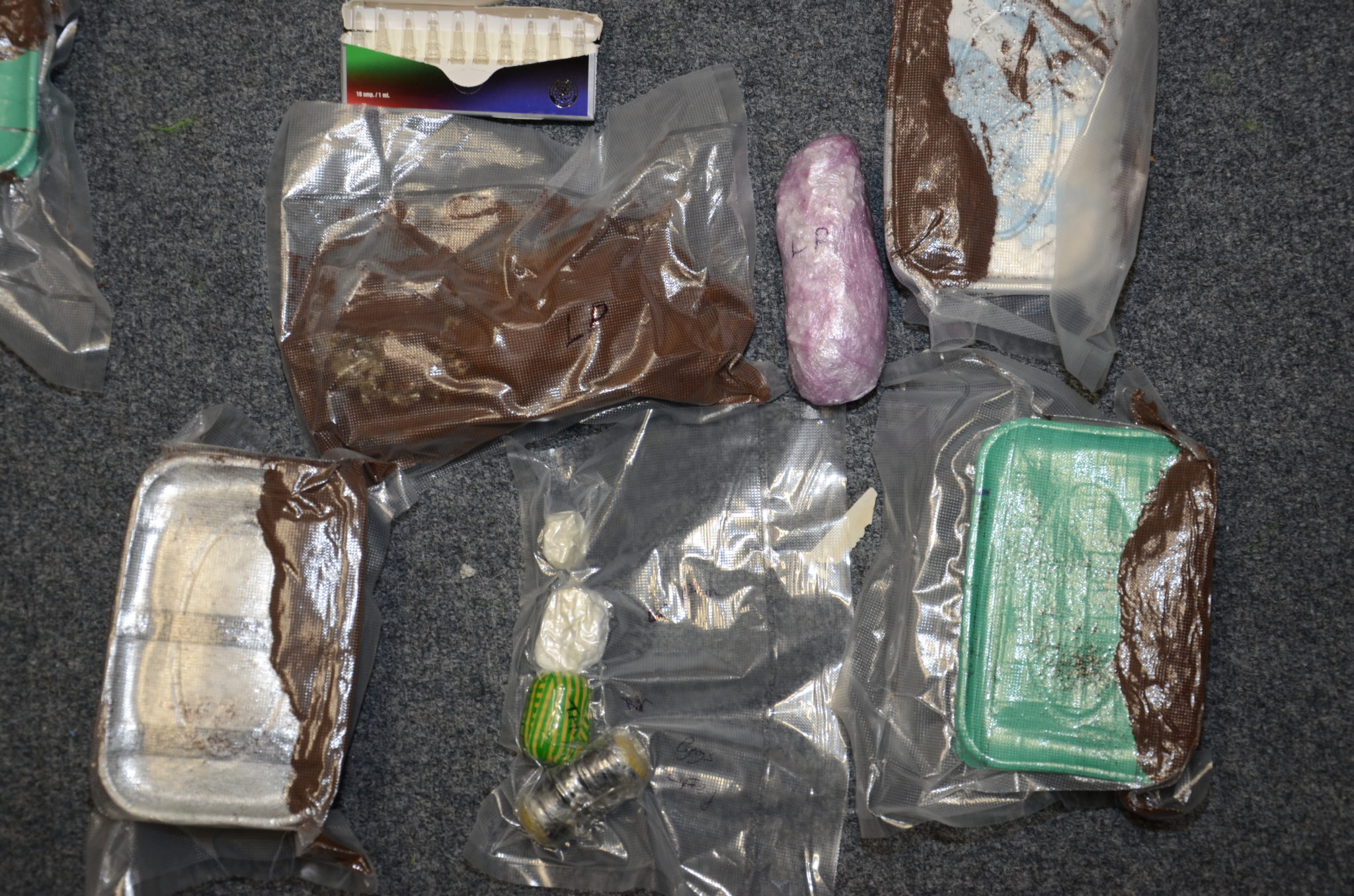 Some of the items seized at Mountjoy Prison this morning. Photo: Irish Prison Service

They were individually wrapped, and - in what's been described as a contraband click and collect service - each intended recipient's name was written on the packages.

It's understood the drugs, alcohol and phones had come into the prison on a suppliers vehicle - with members of the Kinahan Crime Gang believed to be linked to the smuggling operation.

The Irish Prison Service has launched an investigation along with An Garda Siochana.

A man in his 40s has been arrested in connection with the seizure.

Suspected Ecstasy And MDMA Worth €5m Seized In Tallaght

Gardaí Seized Around €1 Million Worth Of Drugs Yesterday