The Coronas Announce Olympia Theatre Shows For This December

The Coronas have announced their True Love Awaited Tour.

They'll take to the stage at Dublin's Olympia Theatre this December 18th and 19th.

Tickets go on sale Thursday, September 9th at 10am. 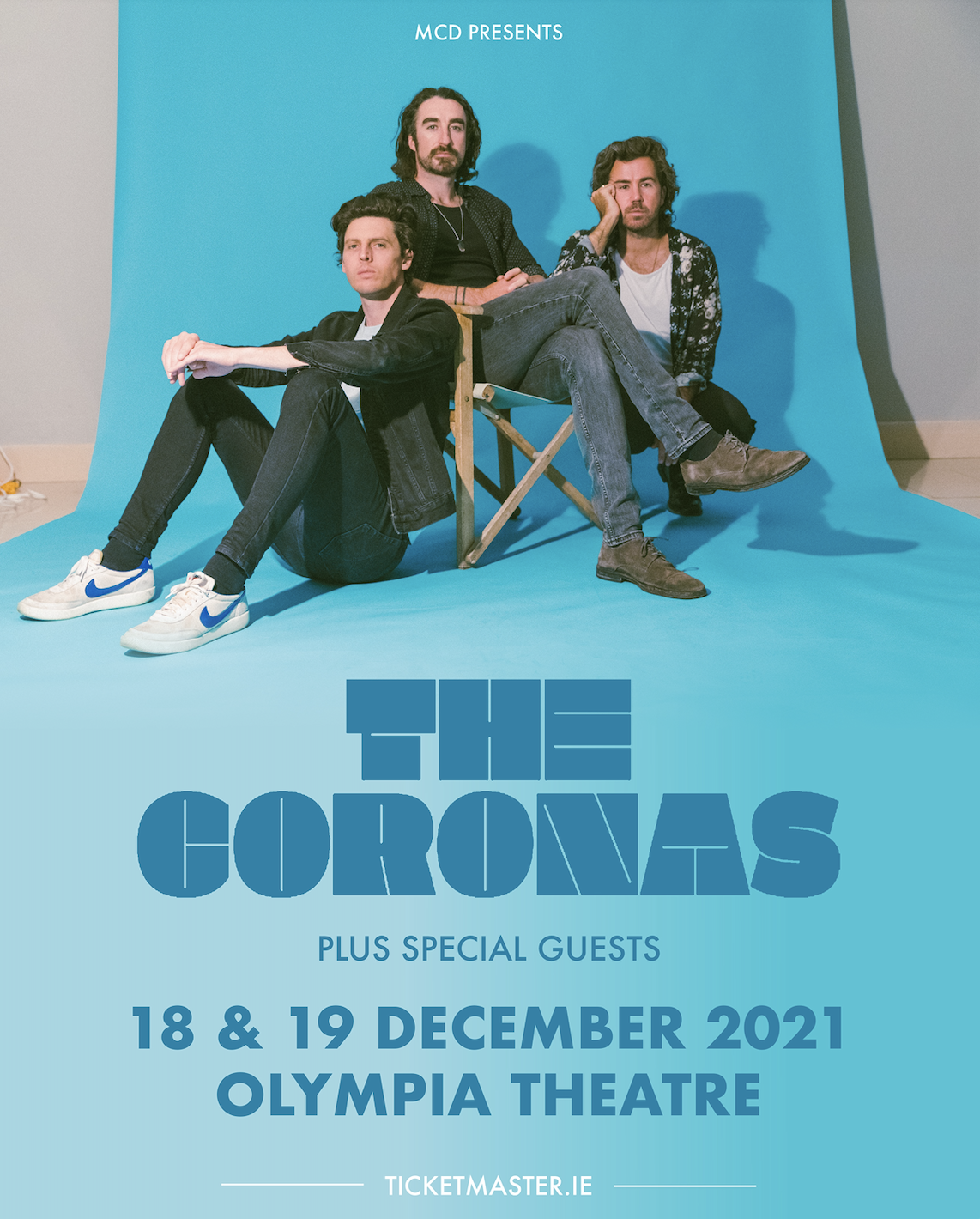 The Coronas journey as a band has definitely been unique.

Initially an indie success story, the band built up a huge student following in the late naughties.

Some of their biggest hits are San Diego Song and Heroes or Ghosts.

Over the next 12 years they continued to develop musically and grow their audience.

They have become one of Ireland’s biggest bands, selling out arenas, theatres and headlining festivals in the process.

When the pandemic hit in March 2020, their world tour and album release plans were put on hold.

And it left the Dublin 3-piece with an unfortunate band name issue.

The band released the album True Love Waits in August and managed to secure the number one spot in the album charts.

They outperformed the likes of Fontaines DC and Taylor Swift, while also becoming the fastest selling Irish album of 2020.

Tickets priced from €39.90 inclusive go on sale at 10am next Thursday, 9th September from Ticketmaster.

The Coronas Announce Fairview Park Gig For Next Summer