He'll take to the stage at Dublin's 3Arena November 13th, with tickets on sale this Friday April 23rd at 10am. 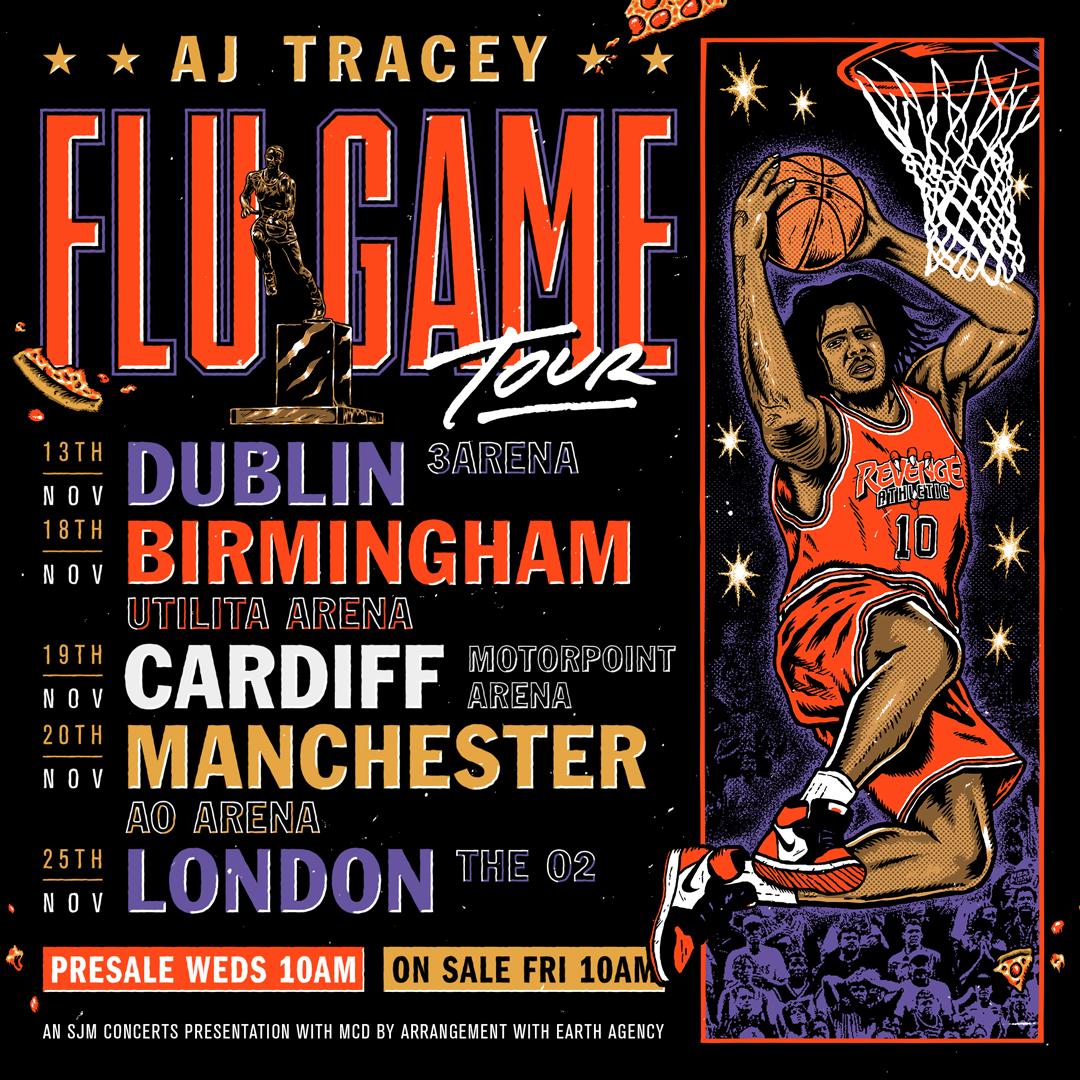 The whole tour is influenced by the story of Michael Jordan and his Chicago Bulls team in the late 90s.

It references one of MJ’s most memorable championship games.

He overcame a nasty bout of food poisoning (brought on by a dodgy takeaway pizza) and took the Bulls to the championship.

According to a press release, 'AJ’s team, Revenge Athletic, are a franchise on the brink of a massive championship win, and AJ is their new star.'

The tour announcement follows the release of his sophomore album FLU GAME.

AJ's been doing so well lately, with two Brit Award Nominations, and an appearance on The Jonathan Ross Show.

While general sale kicks off Friday April 23rd at 10am.