Kim Kardashian made a surprise cameo at Kanye West's latest listening event for his new album Donda in Chicago.

The reality star joined Kanye for the final song, dressed up in a stunning white wedding dress.

Once the song finished, the pair left the event hand in hand.

The whole event was centered around a mock-up of Kanye's childhood home.

During the final song, the rapper appeared to be set on fire before Kim joined his side in a wedding dress.

However, there was a veil covering her face, so we really weren't sure if it was Kim or not.

Kanye lit himself on fire and then Kim comes walking back out in a wedding dress??? What the FUCK IS GOING ON #DONDA pic.twitter.com/Ws6t9wNh3T

TMZ report the woman behind the veil was in fact Kim.

A source told the outlet that the pair are not back together, 'but they're forever family.'

Kim and Kanye have always supported each other, and they'll continue to do so regardless of their divorce. 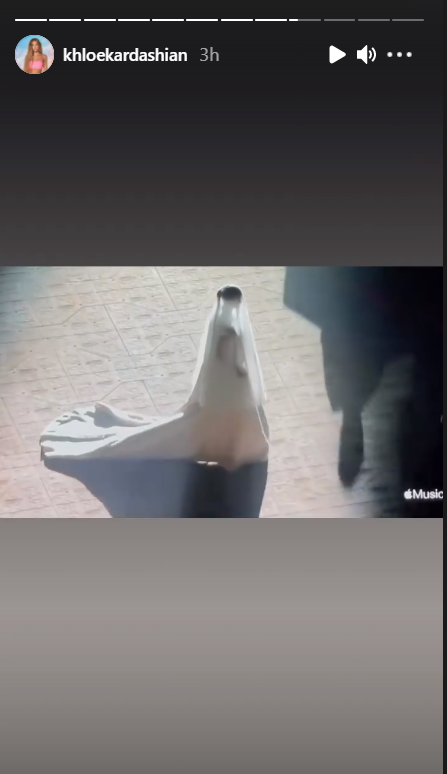 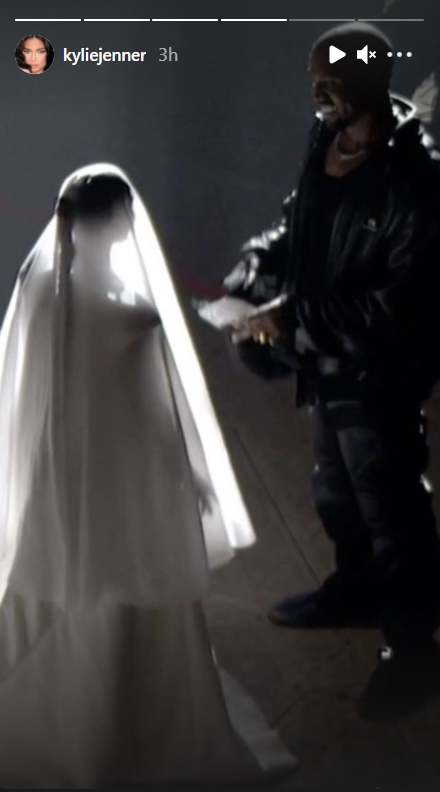 Kim's sisters have all taken to social media to gush over her appearance in the Balenciaga Couture wedding gown.

Both Khloé and Kylie shared videos and pictures from the performance on social media.

Kim Kardashian Reportedly 'Open' To Getting Back With Kanye

Kim Kardashian Has Fans In Hysterics With Latest Instagram Posts