She showed off her natural look on Instagram Stories, but insisted it won't be staying for long. 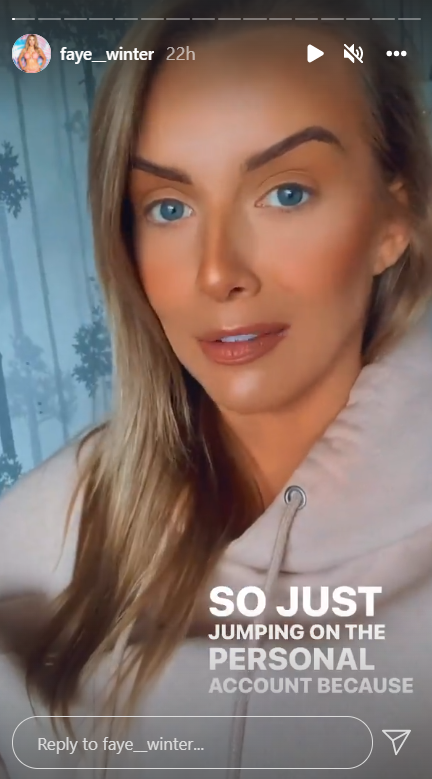 Faye revealed plans to have her lip fillers dissolved in an Instagram Stories post earlier in the week.

She said, "So today is a very exciting day. I don't know if it's exciting or terrifying, but I'm going to get my lips dissolved and have natural lips."

The former Islander explained a villa challenge caused issues with the filling.

"One side is bigger than the other and that happened due to a lovely challenge in the villa," she said.

"And I've got the lump up underneath from it now which I've never had before."

"It's not anyone's fault or any practitioner's fault prior, it is purely because of the challenge..."

After getting them dissolved, Faye returned to her Instagram Stories to show off her natural lips.

And despite all the positive comments, the reality star is adamant her natural lips won't be staying for long.

"I'm going to take all of your lovely comments and throw it out the back window of the car because I'm having filler put back in!" She laughed.

"It's the bottom line," the Islander continued.

"They do look like an eighty-year-old man's b**l sack right now! They're like little raisins on my face. But it is what it is." 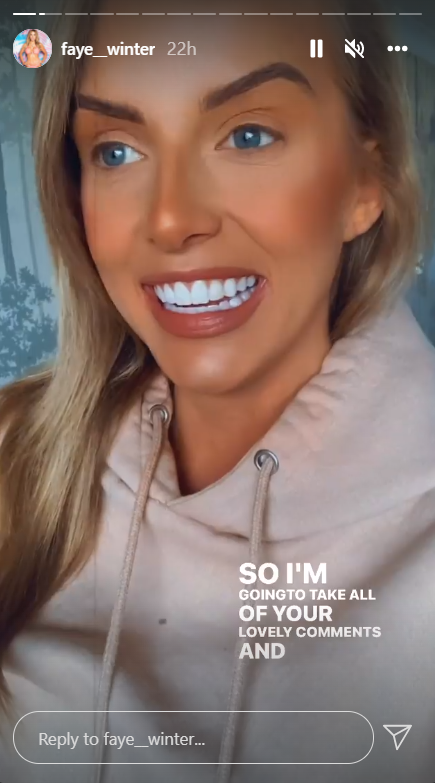