Chris Brown lashed back at Offset after he called his 21 Savage meme 'lame.'

Chris Brown is not one bit impressed by Offset's comments on his 21 Savage meme.

The rapper 21 Savage was arrested after reportedly overstaying his visa.

His good friend Offset has been very vocal about his dislike for the memes.

Brown responds, 'F**K YOU LIL BOY. BETTER WORRY ABOUT WHAT U GOT GOING AND FOCUS ON "YOU".'

'All this cap on IG IS WHATS LAME.. YO ENERGY WONT LIKE THAT WHEN I CAME TO THE DRAKE SHOW IN LA....'

'U WANT SOME CLOUT WHEN ALL YOU GOTTA DO IS PULl UP No camera no flexing and all that!!!!!'

Offset didn't directly respond to the comment but perhaps his most recent Instagram Story was a response in itself. 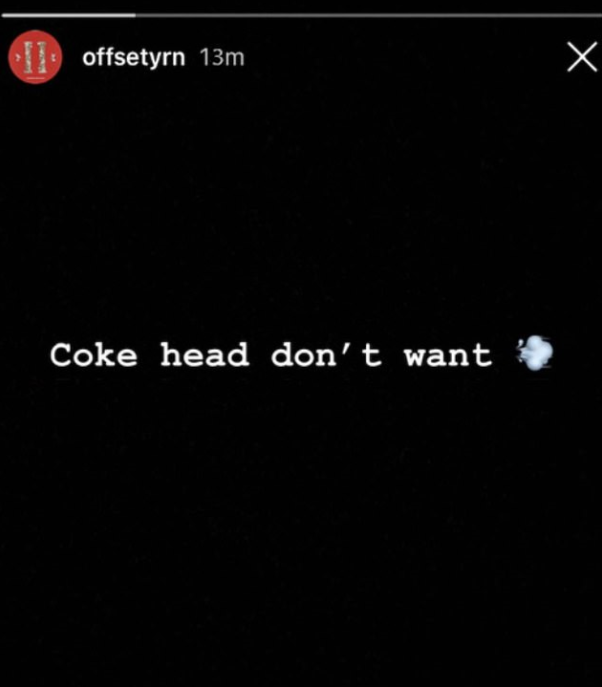 At this point Chris was still absolutely furious with Offset.

He shared a screenshot of their row on Instagram Stories.

'If he don't get his earth wind and fire pootytang space suits wearing cap a** lil boy da f*** out my comments and off my d***.' 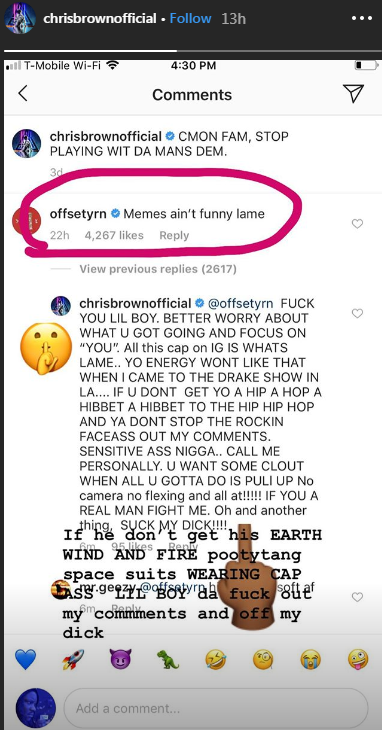 Read more on that here.