The Boys in the Band

SPIN's Sarina Bellissimo caught up with the cast of Netflix's The Boys in the Band this week.

Directed by Joe Mantello, and produced by Ryan Murphy, the movie drops on the streamer today.

And she spoke to the film's director Joe Mantello.

Two more days till we all get together...dress accordingly 👞 #theboysintheband on #Netflix

Jim opened up to Sarina about life in Hollywood as a gay actor.

He said, "I think my biggest fear was that my sexuality would be the one main thing I talked about for the rest of my career."

"...Once you're out, it comes up more than anybody else's sex life does in entertainment."

While Brian admitted it took a while for him to be comfortable with himself.

He said he became much more settled when he met someone he really wanted to be with.

Michael admitted he never felt as much pressure as his fellow co-stars felt.

"The Boys in the Band" cast came together last summer to revisit history and celebrate Mart Crowley's heroic impact that will outlast us all. [photos: writer/producer Ned Martel]

He explained, "Black actors have a very different journey than white actors."

"Nobody's popping out of a bush to see who Billy Porter or Tituss Burgess is dating, so I never felt that kind of pressure cooker that all of my white male friends did."

Sarina spoke to Desperate Housewives star Charlie Carver about his character, who she described as an, "observer."

Charlie agreed, and said it was a joy to watch his cast mates put on such outstanding performances.

"What a masterclass," he remarked.

Four more days till we all get together...feel free to bring a gift 🎁 #theboysintheband on Netflix

Sarina also asked Zachary if he felt like he had to hide who he was in Hollywood.

He admitted, "Definitely, yes... I mean, I was out in my personal life well before I came out publicly."

"Part of that was because I wasn't in a place in my career where it would have really made a difference to come out publicly."

Five more days till we all get together...and try not to be late - #theboysintheband on Netflix

Zachary said he was a bit scared that if he was honest about his sexuality, he wouldn't succeed.

He recognises that it's changed a lot since then and younger people nowadays don't have the same issues.

Sarina spoke to the boys about why having a cast of gay men felt extremely powerful.

Tuc responded, "Well it felt like our producer Ryan Murphy invited nine out gay actors to join sort of a gay Justice League."

"He handed each of us a cape and Joe Montello taught us our superpowers."

He continued, "And we went out there each night and told the story of what it was like to be gay 50 years ago."

"To be able to tell that story, now 50 years later with perspective was really empowering."

Sarina reminded the men that this is the end of The Boys in the Band. 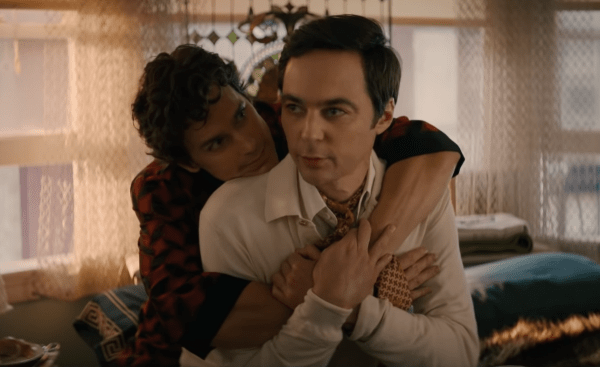 She asked them how it feels now that it's all over.

Robin replied, "Ooh! Proud! I feel very proud of what we've done and I know that the work that we did is really important and it really matters."

"On the last day of shooting, I definitely had a release because we were vibrating at such a high frequency together and that's so powerful, and we were also living in a state of sadness and melancholy by the end."

"So like it's a privilege to be at a point in our lives where we as gay men can let that stuff go."

He shared why his first question was, 'Why?' when Ryan Murphy approached him to direct the stage show. 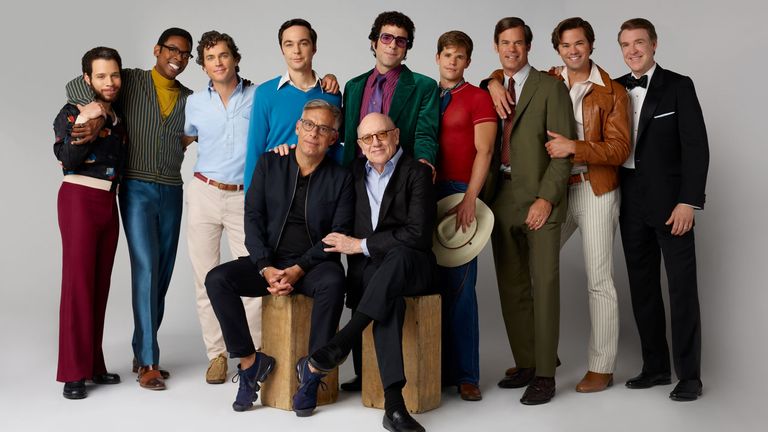 Joe also revealed how he pushed past the stigma attached to the play.

And he spoke about the process of assembling such an all star cast.

The Boys in the Band is out on Netflix today.

Netflix The Boys In The Band