At the end of tonight's episode, we were introduced to Irish gal Maura and Elma. 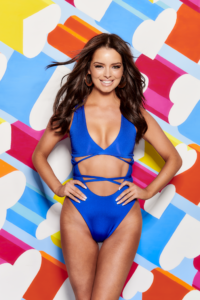 Maura describes herself as a 'relationship girl' and is in the villa to find love.

What about half girlfriend?

She's recently out of a relationship and before that was with her last boyfriend for nine years.

Maura already has something in common with Tommy, she can't cook either!

She rates herself a seven out of ten on looks and likes her eyes. Watch out Yewande!

Maura will 'go extreme' to get a guy

Maura says she would 'go extreme' to get a guy in the villa.

"It can obviously be hard because you could be really close with one of the girls but you’re in there to find love at the end of the day."

"If there is a girl and a guy in there and they’ve put a label on it, I would never go there and I would hope that no one would do it to me." 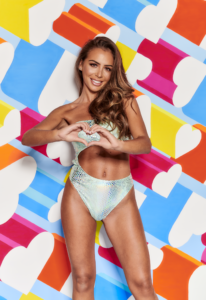 She describes herself as a solid seven and says her ears are her best feature.

"My ear lobes are in a perfect position for a nice pair of earrings."

Safe to say I caught them rays today. No filter needed bebe ✨‍♀️

Her ideal guys is a mix of Jack Fowler and Jack Fincham.

"They’re both a good height, they have nice eyes, and broad shoulders. Jack’s got the dad bod, and I’m into that."

"If someone doesn’t smell nice, I’m not going to go near them."

Elma has her eyes on Danny

She is prepared to go far to get her guy in the villa.

While she doesn't want to thread on toes, inside the villa it's 'every person for themselves,' and she's got her eyes on Danny!

Of all the girls Elma thinks she'll get on best with Yewande - think again girl!

This content is brought to you by eternal beauty