Buffy Cast Speak Out Against Joss Whedon Amid Abuse Allegations

A number of Buffy The Vampire Slayer stars have spoken out against show creator Joss Whedon.

It's after their co-star, Charisma Carpenter, accused him of abusing his power behind the scenes.

Charisma, who played Cordelia in Buffy, released a lengthy statement on Instagram this week, sharing her story.

She began, 'For nearly two decades I have held my tongue and even made excuses for certain events that traumatize me to this day.'

The actress alleged Whedon, 'abused his power on numerous occasions,' behind the scenes of Buffy and Angel.

She claimed he found his misconduct, 'amusing.'

However, 'It only served to intensify my performance anxiety, disempower me, and alienate me from my peers.'

Charisma said these, 'disturbing incidents,' triggered a, 'chronic physical condition,' which she still suffers with to this day.

She went on to make reference to Ray Fisher's accusations against Joss last summer.

The actor accused the Justice League director of, 'abuse,' and, 'unacceptable behavior,' on set.

Charisma said she was, 'gutted,' when she heard Ray's experience.

Charisma Carpenter is one of the bravest people I know.

I am forever grateful for her courage and for her lending her voice to the Justice League investigation.

Protect her at all costs.

She continued, 'Joss has a history of being casually cruel.'

'He has created hostile and toxic work environments since his early career.'

'I know because I experienced it first-hand. Repeatedly.' 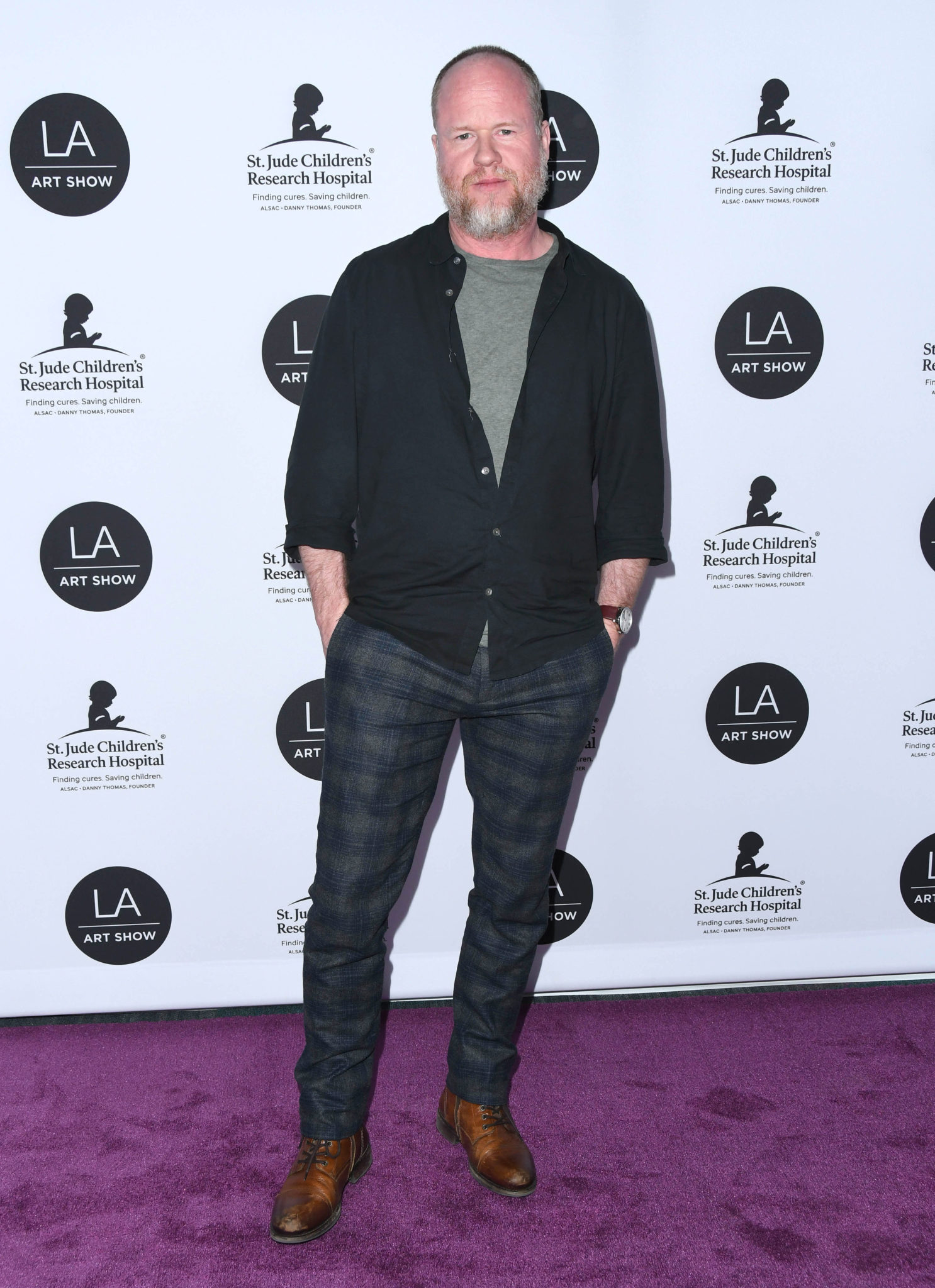 Charisma alleged Joss used to make, 'passive-aggressive,' threats to fire her, which she said, 'wreaks havoc on a young actor’s self-esteem.'

She added that he would call her, 'fat,' to other colleagues when she was four months pregnant.

'He was mean and biting, disparaging about others openly, and often played favorites, pitting people against one another to compete and vie for his attention and approval.'

The actress said he asked her if she was, 'going to keep it,' when she announced to him that she was pregnant.

'He proceeded to attack my character, mock my religious beliefs, accuse me of sabotaging the show, and then unceremoniously fired me the following season once I gave birth.'

She continued, 'I am more focused on raising my family and surviving a pandemic right now, so I will not be making any further statements at this time.'

'But I stand with all survivors of abuse and of proud of them for speaking out.'

She re-posted Sarah's statement, and wrote, 'Thank you @sarahmgellar for saying this.'

'Because. This must. Be known. As a teenager. With his not appropriate behavior....'

'very. Not. Appropriate. So now. People know. What Joss. Did.'

Amber Benson, who played Tara, has also released a statement.

She wrote, 'Buffy was a toxic environment and it starts at the top. [Charisma] is speaking truth and I support her 100%.'

'There was a lot of damage done during that time and many of us are still processing it twenty plus years later.'

Buffy was a toxic environment and it starts at the top. @AllCharisma is speaking truth and I support her 100%. There was a lot of damage done during that time and many of us are still processing it twenty plus years later. #IStandWithRayFisher #IStandWithCharismaCarpenter https://t.co/WJAmDGm76C