Kerry Comes Out On Top As 'Sound Town' According to Cadbury

Kerry comes out on top for community spirit and goodwill over the past 12-months, according to Cadbury

The 2021 Cadbury Community Survey which sampled over 1,100 people across the country, revealed Kerry’s sense of community spirit.

85% of people in the Kingdom have made an effort to shop locally over the past 12-months.

90% of people in Kerry agree Ireland has a good sense of community, while the same figure would happily put a skill to good use to benefit someone in need (90%) and often say hello to strangers while passing (90%).

88% of people in the Kingdom also say they appreciate the community where they live. 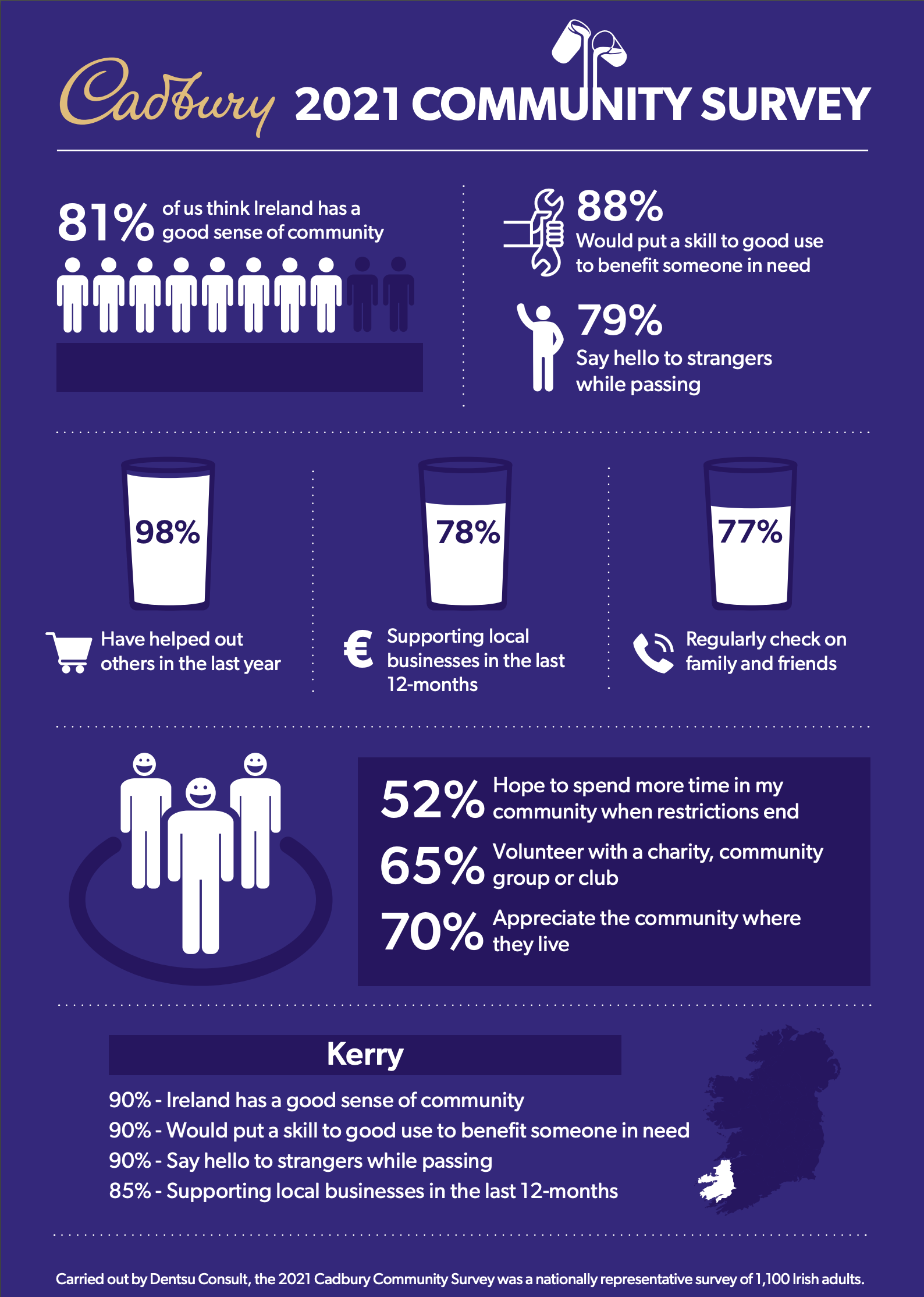 Commissioned by Cadbury Ireland, the research results were released to mark the return and third year of ‘Sound Town’ – a Cadbury and Today FM initiative which awards a ‘Sound Town’ status to communities that embody generosity and kindness.

A whopping 98% of us have helped others in some way over the past year – from calling to check on a family member or friend (58%), or an elderly neighbour (31%), to food shopping for someone cocooning (32%).

The survey also revealed that 78% of us have been making an effort to shop locally and support local businesses where possible since the beginning of Covid-19. 65% of people also say that they have volunteered for a charity, community group or club.