They'll play the venue December 20th and 21st, with tickets on sale next Friday, September 16th at 9am. 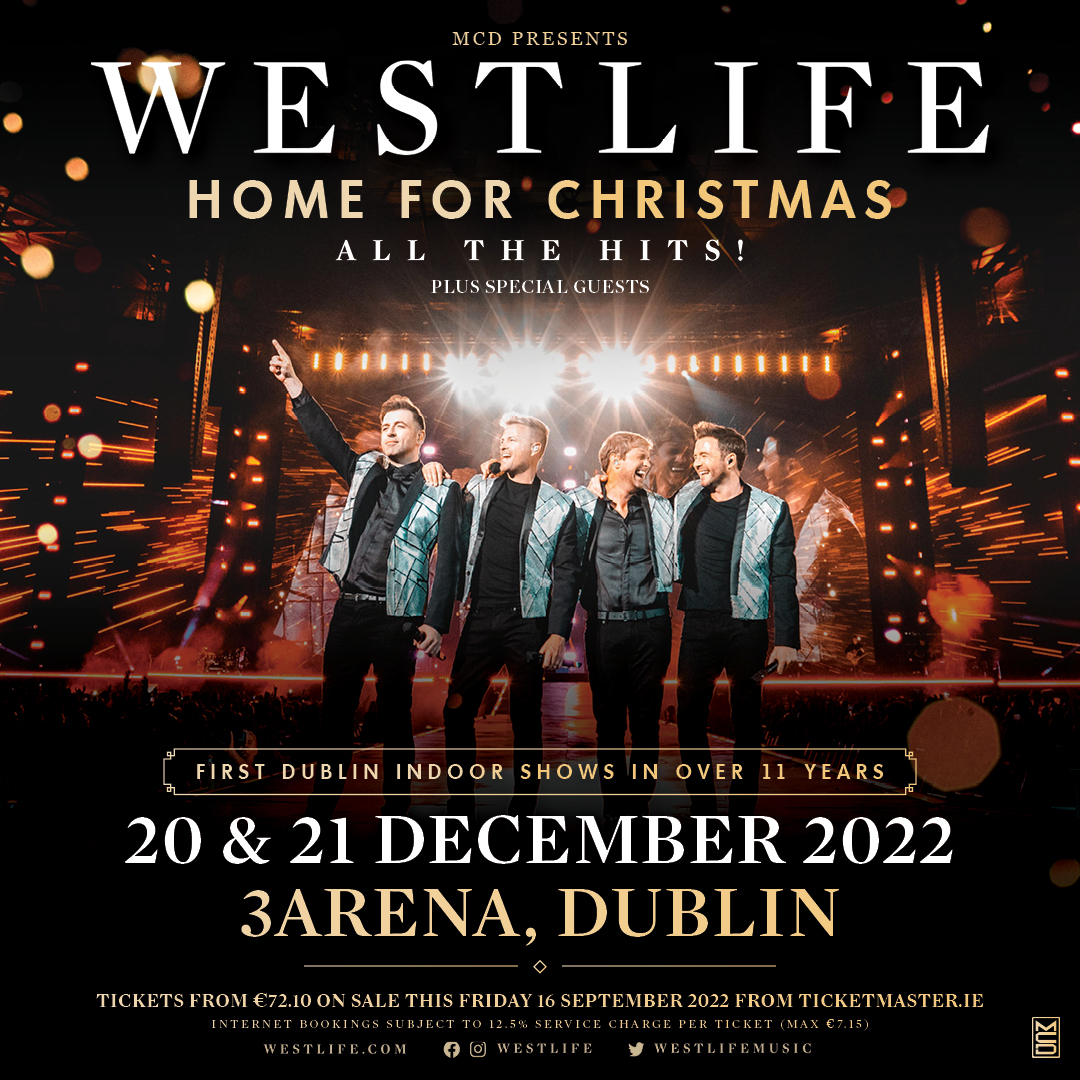 These Home For Christmas shows will be their first indoor Dublin dates in over 11 years.

Since their return to music in 2018, Shane, Nicky, Mark and Kian have experienced phenomenal success.

They've released two albums hitting the number one and number two spots in the UK charts, and embarked on their fastest selling tours of all time.

Last summer, the band played sold out UK, Irish and European shows which included Wembley Stadium, as well as two nights at both Aviva Stadium and Páirc Uí Chaoimh.

The remainder of the tour will expand into Asia later this year followed by a full run of UK arena dates.

Tickets from €72.10 including booking fee go on sale Friday 16th September at 9am via Ticketmaster.