Westlife have just added an extra date for Páirc Uí Chaoimh next summer due to popular demand.

Tickets for both dates are on sale now. 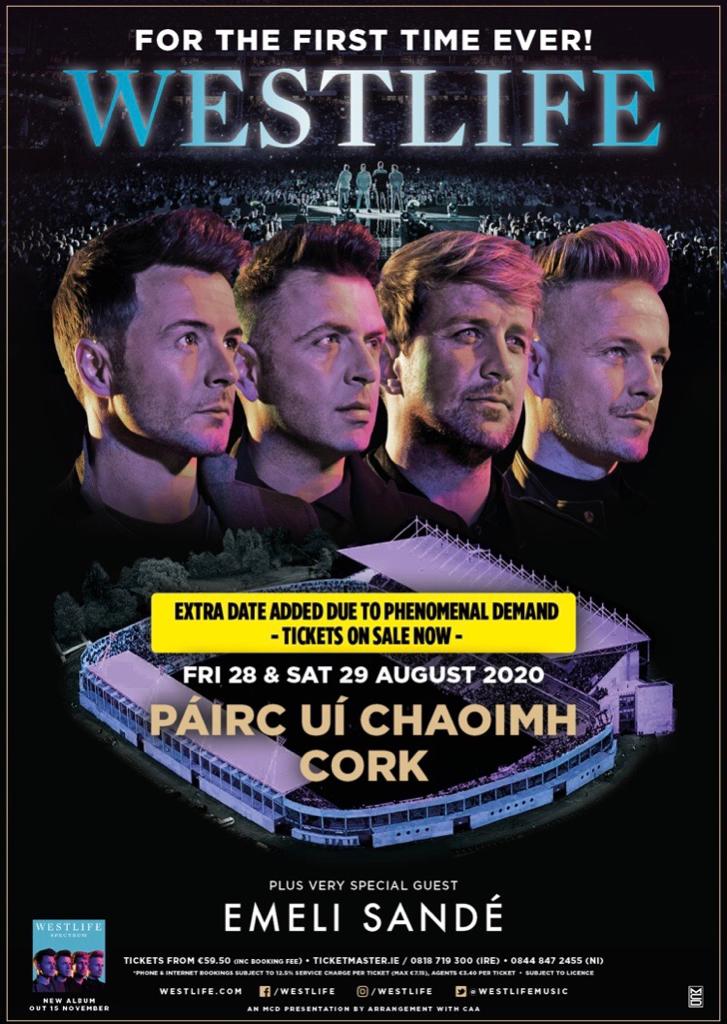 Emeli Sandé will play support for the lads next year.

It comes just as she releases her brand new album Real Life.

Who got lucky in the Wembley and Cork pre-sales? Both shows go on general sale at 9am tomorrow, don't miss out! 📸 Eamonn McCormack

Their upcoming Cork gig follows the success of this summer’s Twenty Tour which sold a record 600,000.

That included two incredible sold out shows at Croke Park in Dublin.

What a way to see out #TheTwentyTour, thank you Semarang ❤️ 📸 @chbrlt

It'll be the first time, in the band’s 20-year career, that they headline Páirc Uí Chaoimh Stadium.

This will make them the second only Irish act alongside U2 to achieve this.

Tickets are on sale now from Ticketmaster.