Olivia Rodrigo has just announced a 2022 North America, UK, and European Tour, and Ireland has, of course, made the list.

She'll take to the stage at Cork's Live At The Marquee June 29th, and Dublin's Fairview Park June 30th. 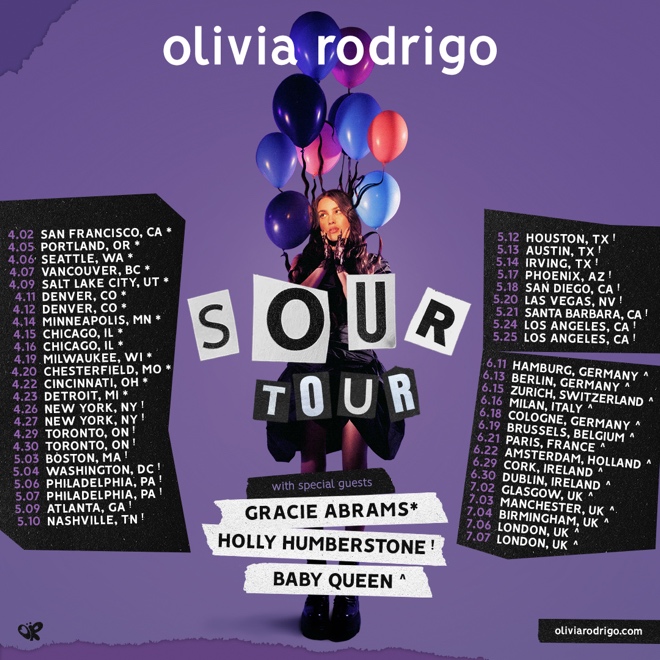 Olivia kicks off the SOUR Tour April 2nd in San Francisco and will stop at more than 40 major cities across North America and Europe.

The announcement caps off an incredible year, which saw her win New Artist of the Year at the 2021 American Music Awards.

Not to mention, she earned seven nominations for the 2022 Grammy Awards.

The tour follows the release of her SOUR album, which dropped earlier this year.