Medium Amethyst Realm was engaged to be married to her ghost partner Ray.

She appeared on This Morning with Phillip and Holly this week to share why she ended their engagement.

This Morning have been following Amethyst's relationship with Ray for years now.

So when they heard she had ended their engagement, they reached out for an interview.

She explained it was going really well until they went on holidays to Thailand.

Holly asked how he changed, and she replied, "I think maybe he fell in with a bad crowd when we were on holiday."

What do you mean it's not the weekend yet?! ☹️⁠ ⁠ #happyhumpday #thismorning @schofe

Amethyst continued, "When he did come back, he'd bring other spirits back to the house."

"They'd just stay around for days."

The medium believes he started taking drugs and, "partying too much."

Amethyst said she had never had negative experiences with ghosts until her ex started bringing them back to the house.

"This was pretty scary. Like there was one spirit that would just follow me around the house constantly."

"There was another one that used to leave a lingering bad smell wherever he went." 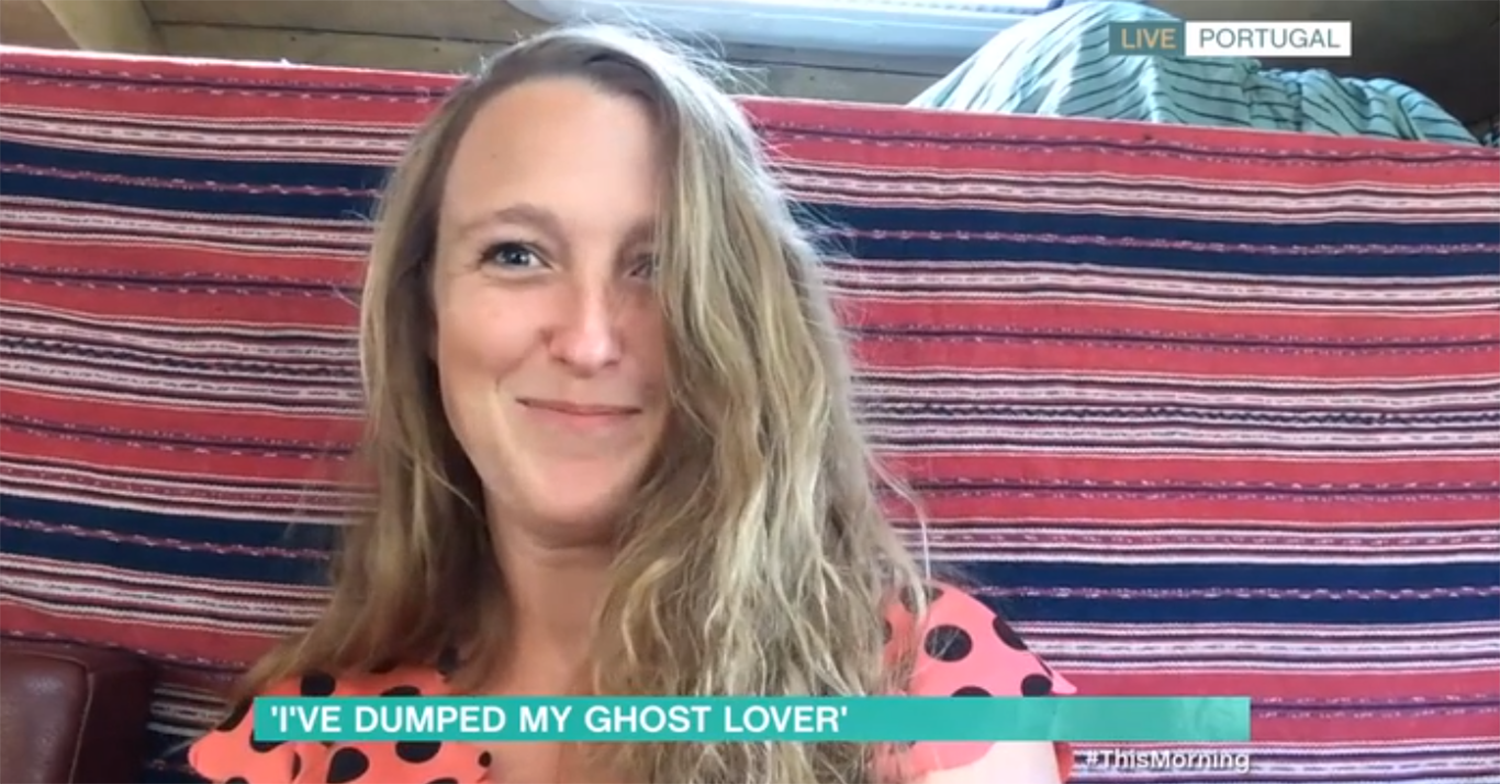 She revealed there were, "constant strange noises," and, "things being moved."

Amethyst said she tried to talk to Ray about his behaviour but it didn't change anything.

As a result, the medium did sage cleansings, incantations, and other techniques to ban him from her home.

'It was going really well until we went on holiday ... and then he completely changed'

After Amethyst met and fell in love with ghost Ray, they’ve now decided to part ways after he began acting oddly.

Watch the full chat on the ITV Hub 🕙👉https://t.co/Q7IV485mUn pic.twitter.com/sLkpArOkUr

Amethyst later revealed ghosts have to socially distance amid the pandemic as well.

"I think they'd get ill just as we would," she explained.