It was her first runway event since joining the company as their creative director six months ago.

One of last years Love Island contestants Brett Staniland was among the protesters. 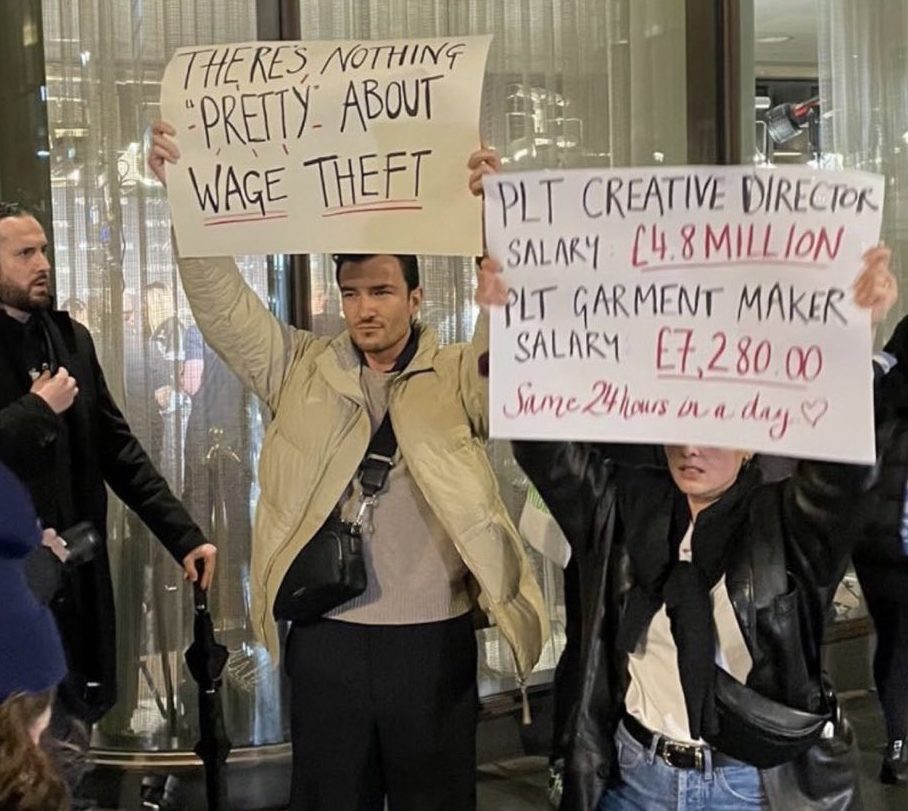 Brett held a sign that read “There’s nothing pretty about wage theft.”

Other signs took snipes at Molly-Mae's earnings, with one highlighting how she is said to earn over £4.8m a year while UK-based garment workers for the company earn as little as £7280 a year working full-time.

The sign included "same 24 hours in a day," referencing Molly's controversial comments about wealth and poverty.

Molly-Mae had suggested anyone can become a millionaire and mentioned she has the same time in a day as anyone else.

Speaking to this tabloid, Molly clarified that she's not in charge of the entire PrettyLittleThing brand.

"I think people get it twisted... and think I’m going to flip [the brand] upside down. But that’s just not the case," Molly said.

"I give my creative input where I can and I give my ideas. I’ve been a consumer since the age of 14 so I know what I want to see from this brand."

She called her career progression a "gradual move" as she knows what the customers need from the brand. She said, "I’ve gone from being a PLT customer to an influencer to a brand ambassador and now the creative director."

It's good to see someone reaching their goals!