Millie and Liam met in the Love Island villa last year, and continued their relationship outside before announcing their split in July.

The former flames shared a home together before their breakup, and she still lives in the same apartment.

Millie replied, 'I mean, it’s not the best thing in the world atm.'

She continued, 'I need to start loving my own company again.'

'Sometimes I do, but majority of the time I have people over or I’m out to keep myself busy.'

'I’ll get there eventually, I’ll be moving out of this place hopefully towards the end of the year, fresh start for 2023.' 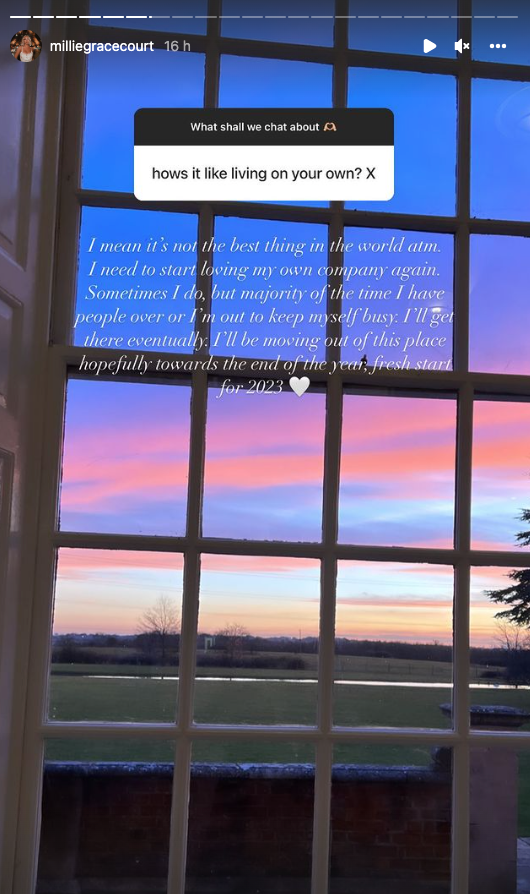 In July, Millie released a statement to Instagram Stories announcing that she and Liam had decided to go their separate ways.

She wrote, 'Hi everyone, to avoid any speculation, Liam and I wanted to share with you that we have separated.' 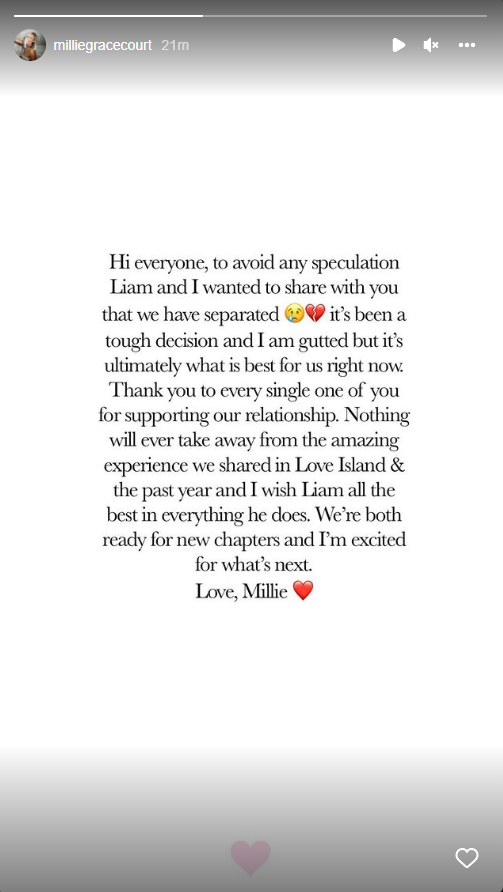