Kylie Jenner has announced she and Travis Scott have decided to change their newborn son's name from Wolf.

'We just really didn't feel like it was him.'

'Just wanted to share because I keep seeing Wolf everywhere.' 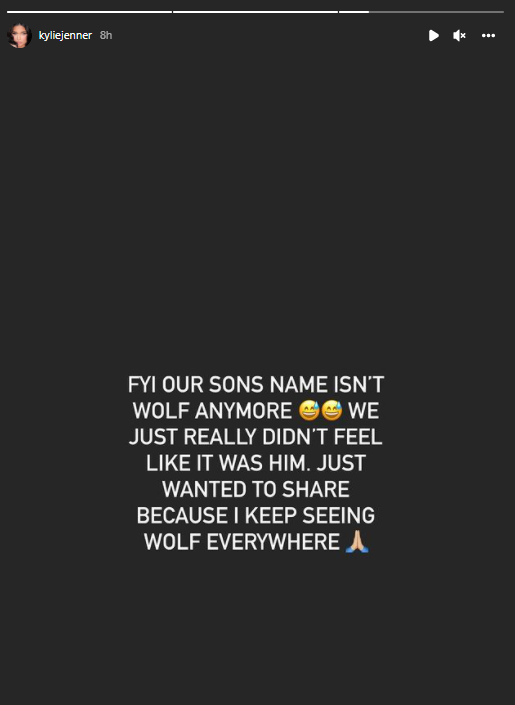 The couple have yet to reveal their little one's new name.

It comes a little over a month after they welcomed him into the world on February 2nd.

This is their second child together, after she gave birth to their little girl Stormi four years ago.