Cardi B's fans are petitioning to have Kylie Jenner's cameo removed from her WAP music video.

The online petition has over 60,000 signatures, with many branding Kylie a, 'culture vulture.'

It takes place within a stunning mansion, and sees Cardi and Megan performing to the track.

About a minute and a half into the video, the music stops as Kylie makes her grand entrance.

Fans were less than impressed with the 23-year-old's cameo, so they set up an online petition to have her removed.

The description simply reads, 'The video was perfect until we saw K and I wanted to throw my phone'

The petition has over 60,000 signatures and counting. 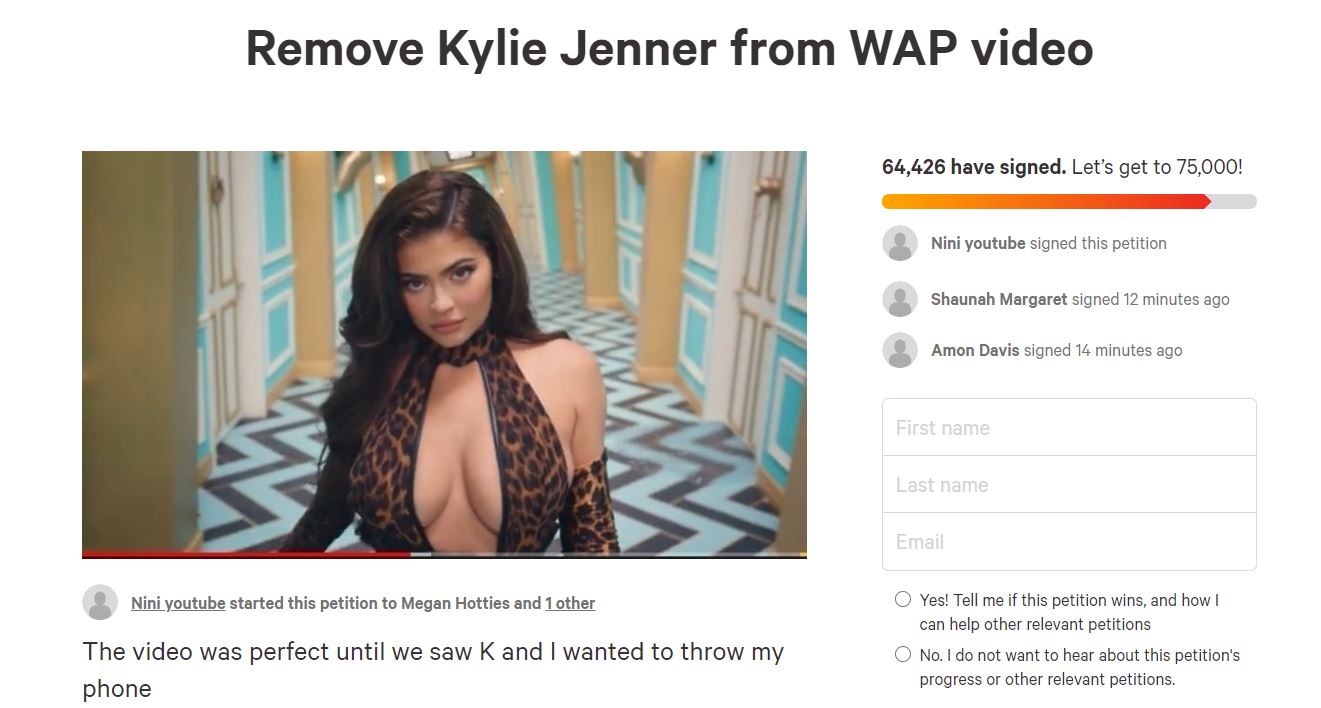 In the reasons for signing section, one person commented, 'Kylie and her sisters wants to be so black and into our culture but never stand up for anything black related. Stop giving these h**s clout please.'

While another wrote, 'she is a culture vulture who doesn't remember how her own complexion looks!'

'down with the culture vultures!!!'

According to Vulture, Cardi responded in a since deleted tweet, 'Why did I put Kylie on my music video?'

'She treated my sister and daughter so lovely at her kid bday party.'

'Travis and Set are real close and Kris Jenner have giving me advice on certain things I ask for and her husband real cool with mine.'

I’m makin a announcement early tomorrow...I have a really bad headache now so imma be off this. @kimshuistudio

Cardi also tweeted her thanks to the women who featured in the video.

She wrote, 'I wanna say thank you to every woman that was apart of my video!'

Cardi continued, 'The fact that you made time in your schedules means alot to me!'

'It was so important to me to include different women,that are different races and come from different backgrounds but are so powerful and influential,' she finished.

Cardi B Deactivates Twitter Following Backlash Over Her Relationship With Offset

It Looks Like Cardi B & Offset Could Be Back Together