Emilia Clarke has now shared some unseen photos from her time in the hospital. 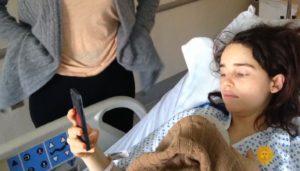 The actress said the first aneurysm occurred in 2011, shortly after they’d wrapped on filming the first Game Of Thrones series.

How Can I Watch Game Of Thrones Season 8? How To Watch It For FREE Online

While speaking about what she went through, Emilia shared some pictures from her time in hospital, showing her lying in her hospital bed in one picture and with a medical tube attached to her head in another. 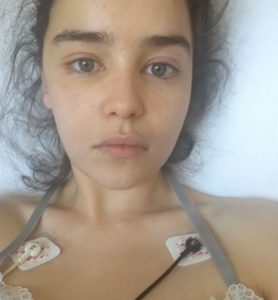 Emilia explained the pain as: “an elastic band that just went like snap”, before suddenly feeling an “enormous amount of pressure” and realising she was unable to stand or walk.

While recovering from her first aneurysm, Emilia was told she had a second on the other side of her brain which could burst at any time, but they later operated on it after discovering it had doubled in size after she'd filmed GOT series three. 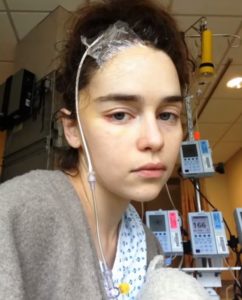 The life-threatening ordeal then took its toll on Emilia’s mental health, suffering from anxiety and panic attacks and explaining she previously struggled to recall what she went through, but feels now is the right time to speak out.

Karl Lagerfeld's Cat Set To To Inherit A Feline Fortune