Drake has released a statement on Instagram Stories after branding Kylie Jenner a, "side piece," in an unreleased track.

The song was leaked during an Instagram live session on the Night Owl Sound account this week.

in love with a fantasy ☁️

In the song, Drake raps alongside the artist Future.

And it doesn't stop there, he goes on to reference Kylie's sister Kendall and their good friend Gigi Hadid.

Drake took to Instagram Stories with a statement, saying the track should never have been played.

He said, 'A song that Mark ran last night on Night Owl Sound live set shouldn’t have been played.'

'It’s a song that leaked 3 years ago and got scrapped shortly after.'

To be the boss I’m awful nice

'He was just going too deep in the Drake/Future catalogue,' Drake explained.

'Last thing I’d want to do is wake up having any friends of mine feeling disrespected so I just had to say that to start the day.' 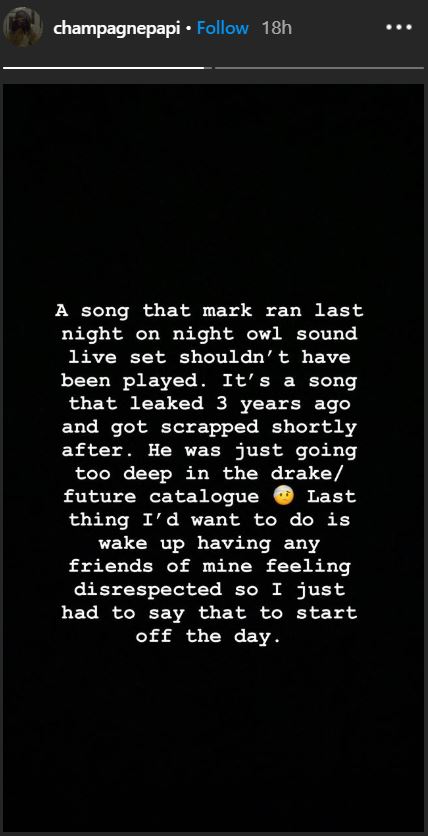 Billie Eilish Defends Drake For Texting Her When She Was 17

Are Kylie Jenner And Drake Dropping Hints About Each Other Online?