Mariah Carey has teamed up with Ariana Grande and Jennifer Hudson for a remix of her 2010 hit Oh Santa!

The music video is set in Santa's magical toy workshop.

Mariah takes centre stage as her helpers gather around the side of the room.

She calls on her collaborators, who both appear from behind a stack of presents. 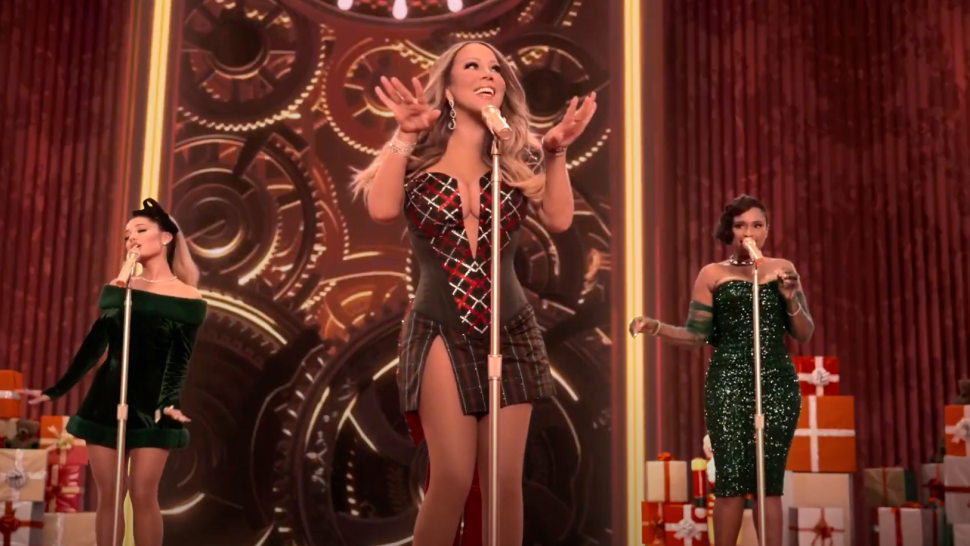 Ariana and Jennifer join Mariah on stage to perform the song.

Later in the video, the three artists stand next to each other as they sing the final lines of the festive hit.

Prepare to be blown away:

She shared a picture of three director chairs with the initials AG, MC and JH on them.

At the time, fans speculated it was a collaboration but nothing had been confirmed until recently.

Ariana is a massive fan of Mariah Carey, and has been for years.

She used the, 'how it started/ how it's going,' trend to show her love for the singer on Instagram.

The first picture is a screenshot of a tweet she sent Mariah in 2011, and the second is the poster for their collaboration.

This is all part of Mariah's Magical Christmas special.

It's out on Apple TV+ today.

It Looks Like Ariana Grande's New Album Is Called 'Positions'