Forbidden Fruit Festival will be returning after a two-year hiatus due to the pandemic.

The event is celebrating its tenth anniversary with Bicep and Lorde set to headline in 2022.

Hot Chip, Peggy Gou and Tom Misch are some of the other top acts on the bill. 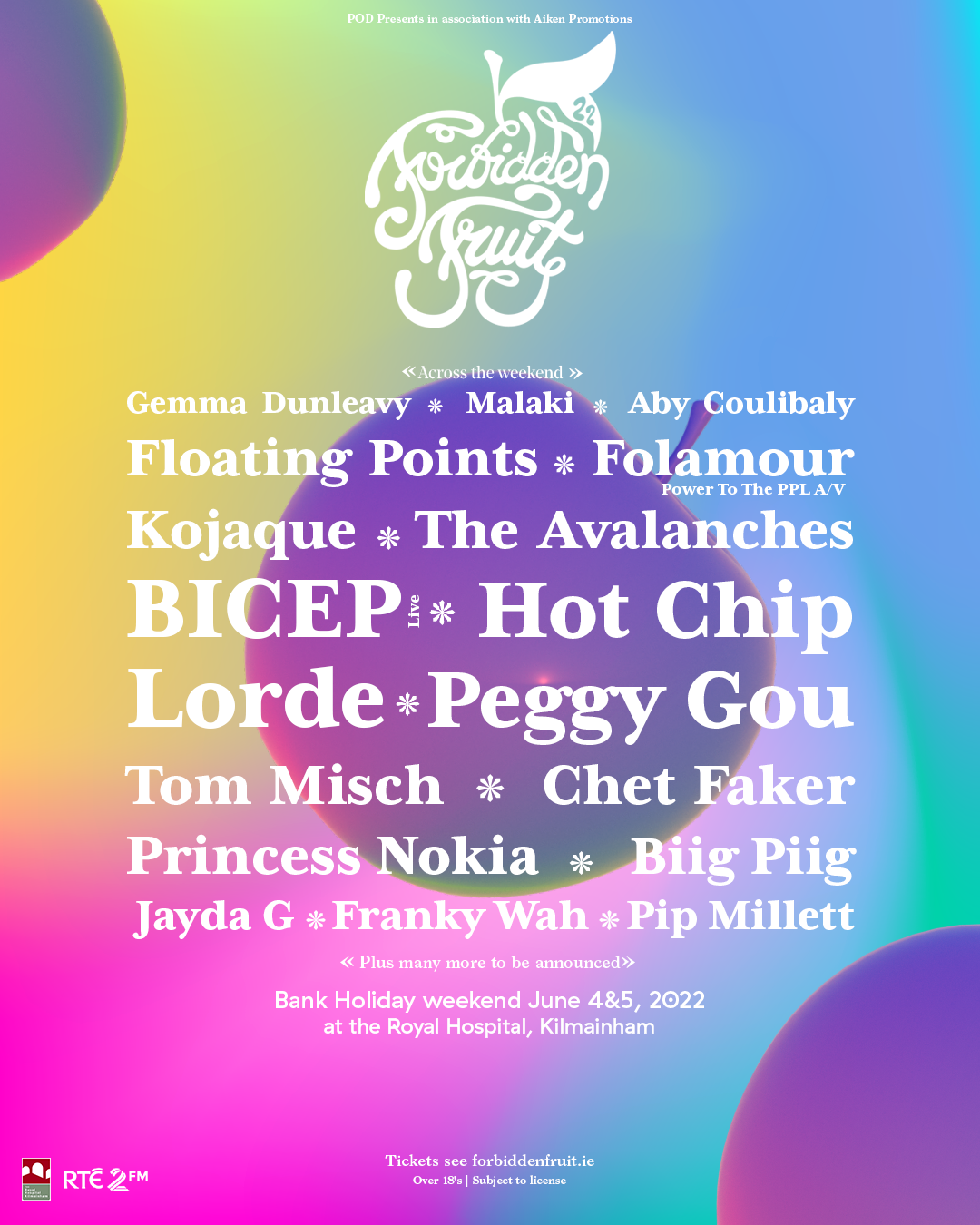 There's plenty of acts coming from overseas such as Chet Faker, The Avalanches and Floating Points.

Irish acts such as Biig Pigg, Kojaque and Gemma Dunleavy are also on the lineup.

General sale tickets are up for grabs for Forbidden Fruit from next Thursday.

Festival-goers can also sign up for a pre-sale next Tuesday via the link here.