Enchanted on the big screen in Enniskerry

Classic Drive In Cinemas are hosting a screening of Enchanted in Enniskerry June 27th. 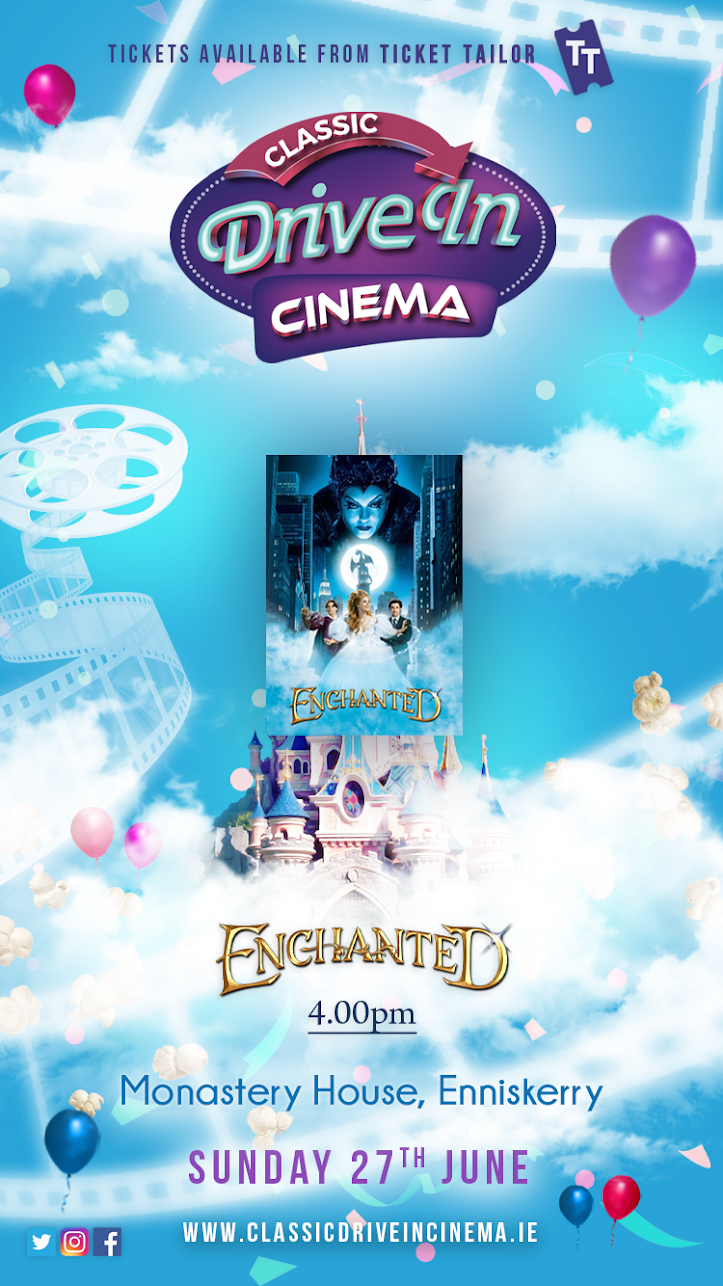 And it kicks off at 4pm on one of the world’s biggest LED screens.

If you want some snacks on the night, you can pre-order cinema popcorn and nachos from their website here.

Venue hire proceeds from the event will be donated towards funding the eagerly awaited Enniskerry playground.

It comes after filming on the movie's sequel kicked off in the town earlier this week.

There was massive excitement across Ireland as Disney transformed Enniskerry into a fairytale village.

Now, with production having commenced, eagle eyed fans are hoping to catch a glimpse of the cast in Wicklow.

Judging by his Instagram posts, the Grey's Anatomy star is clearly loving his time here.

What's the movie all about?

Enchanted follows the story of Princess Giselle, who's getting ready to marry the dashing Prince Edward.

Everything goes pear-shaped however, when his evil stepmother banishes her from the kingdom.

She's sent to the real world, where she meets a handsome lawyer named Robert.

Amy Adams and Patrick Dempsey play the lead roles as Giselle and Robert.

While James Marsden will reprise his role as Prince Edward for the sequel.

And Maya Rudolph, Yvette Nicole Brown and Jayma Mays have all joined the cast in brand new roles.

For tickets to the Enchanted drive-in screening, go here.