Opening with a truly brutal beginning more akin to Zodiac than The Dark Knight. Director Matt Reeves seems intent on making his own mark on a character that has seen no less than 3 iterations in less than 2 years.

Picking up in year two of The Batman’s crusade, thankfully negates the need for seeing the Wayne’s riddled like swiss cheese in a hail of bullets and pearls. Pattinson’s Gotham Knight, like the movie itself, is driven by legacy. A niellist that wants to be killed in battle to change the perception that his family's name is associated with a helpless billionaire dying in a gutter. It’s a theme that runs throughout the movie, with all of the central characters wanting to step out from the shadows of prior perception and stamp their own narrative.

It’s unfortunate then that the film quickly turns into a mixtape of its influences. Lifting scenes, themes, and dialogue (“I believe in Gotham”) wholesale from other movies including other Batman movies.  It’s a Frankenstein’s monster of a movie that taps so much into what’s gone before, Batman thinking his presence has caused escalation etc, that it never feels like its own thing.

As someone who has read literally hundreds of Batman comics, I rarely read them and think “that’s from that other comic” because there is such a rich history you can tap into, not only with the characters but the world itself. 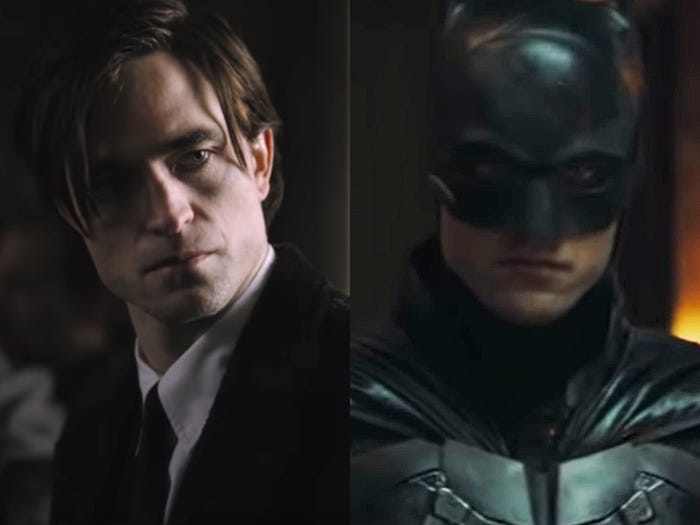 Pattinson’s Bruce Wayne is unexplored and his Batman, voice and all, comes off as Baby Bale. Dano’s  Jared Leto-Esque tripe about being unable to sleep due to how dark the character was. Bleeds into his performance and his wavey handed, monologue delivering Riddler fits more into Snyder’s Justice League than a hard-boiled detective story.

This is the central issue with the movie. No one seems to be in the same film. Turturro, Kravitz and Wright are lifted from the pages of The Long Halloween, while others adopt cartoonish "hey I'm walking here" accents.

The Batman tries to be too many things. Pattinson’s Batman is an almost wordless emo enigma, which is then offset by having him narrate every thought that pops into his head. Riddler’s plan, which is a mix of Bane and Jokers from the Nolan movies, brings to mind the assassin character from The Simpsons, promising a plan that is “as intricate and precise... as a well-played game of chess” before volleying the door down and blindly firing a machine gun.

The near 3hr run time of muddled momentum sets up his master plan that is resolved in minutes with minimum fuss with an underwhelming feeling of “is that it”. It lacks the coolness of Nolan, the spectacle of Burton or even the scope of Snyder.

That said, The Batman is an interesting and engaging starting point that leaves several interesting dangling threads to be explored in future movies. However, it feels like a huge, missed opportunity for Matt Reeves to plant his flag on the character and move on from both Nolan and Snyder.