Tralee Rowing Club Aim To Break Guinness World Record For Most People Dressed As A Nun.

The infamous 'Nunday' is making a come back to Kerry next month.

The members of Tralee Rowing Club are trying to break the Guinness World Record for the most amount of people dressed as a nun in one place.

The record was originally set in Listowel of all places! Back in 2012 over 1,400 people wore habits to set the record.

The Tralee Rowing Club are hoping to break the record next month. 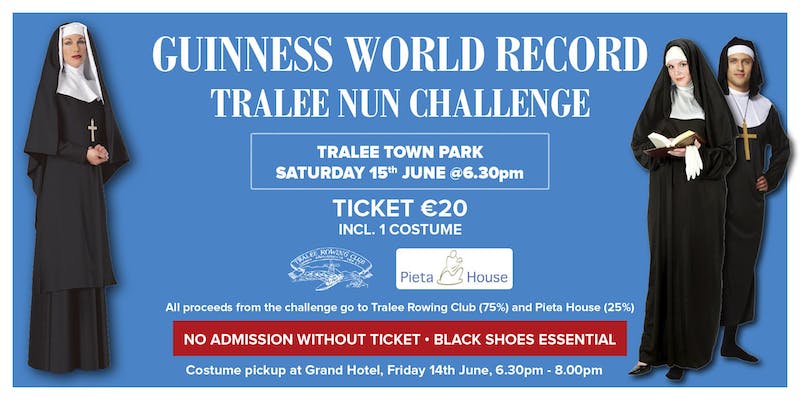 The fun fundraising event will be held in Tralee town park on Saturday, June 15, at 6.30pm, and the rowing club is encouraging as many people as possible to don a habit and do their bit for Pieta House.

While people are free to bring their owns habits if they have them, the club will also supply them if need.

Anyone who wants to take part can collect a costume at the Grand Hotel on Denny Street on Friday, June 14, from 6.30pm to 8pm; or from the marquee in the town park at 5.30pm on June 15.

You can register here.