Conan Gray is coming to Dublin

Conan Gray has been announced for Dublin's 3Olympia Theatre May 30th 2022. 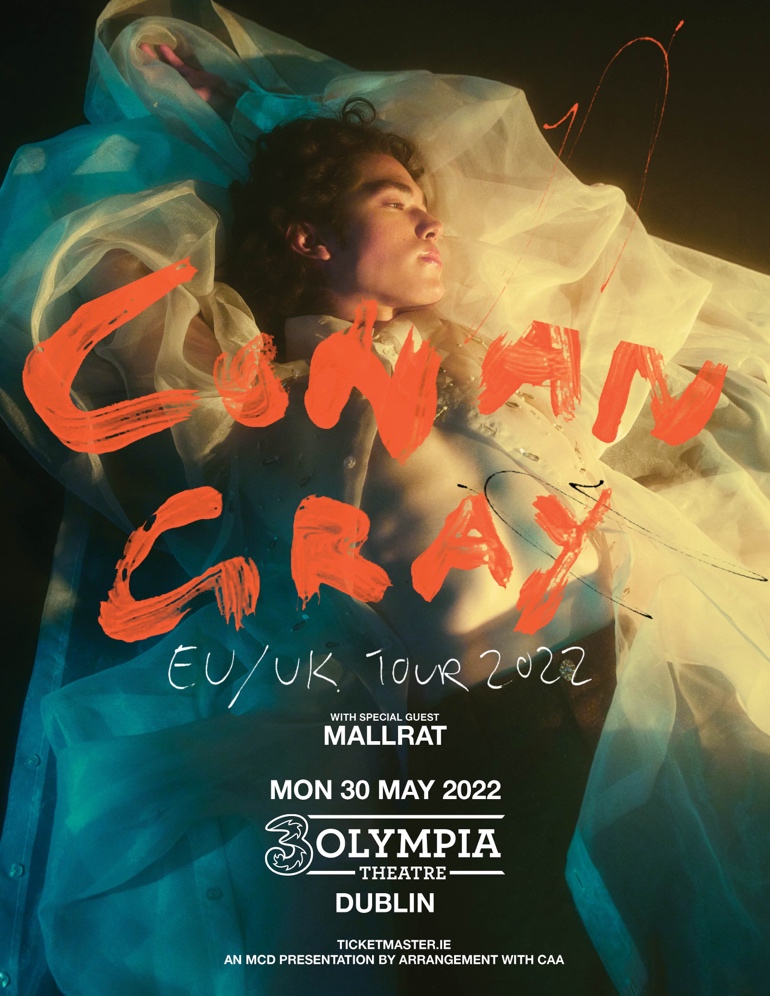 The gig is part of The Conan Gray World Tour 2022, which he kicks off in March.

The news comes ahead of the release of his new single Telepath, which drops on Friday.

He already teased it on social media, generating millions of impressions and stirring up fan excitement.

@conangrayPRESAVE TELEPATH TO WIN TIX :)) CAN’T WAIT TO BE REUNITED WITH Y’ALL &lt3 all info on profile site!♬ ur just so predictable - conangray

Since releasing original demos on his YouTube channel at the age of 15, Conan Gray has emerged as one of the pre-eminent pop superstars of his generation.

He shot to fame with the release of his hit Heather, which went viral on TikTok.

It's the reason so many people on the platform refer to a beautiful, popular girl, as a, 'Heather.'

We can't wait to see him live in Dublin!