Mark Hoppus, Tom DeLonge and Travis Barker are reuniting for the first time in nearly 10 years.

The lads are releasing new music and taking it on a global tour. 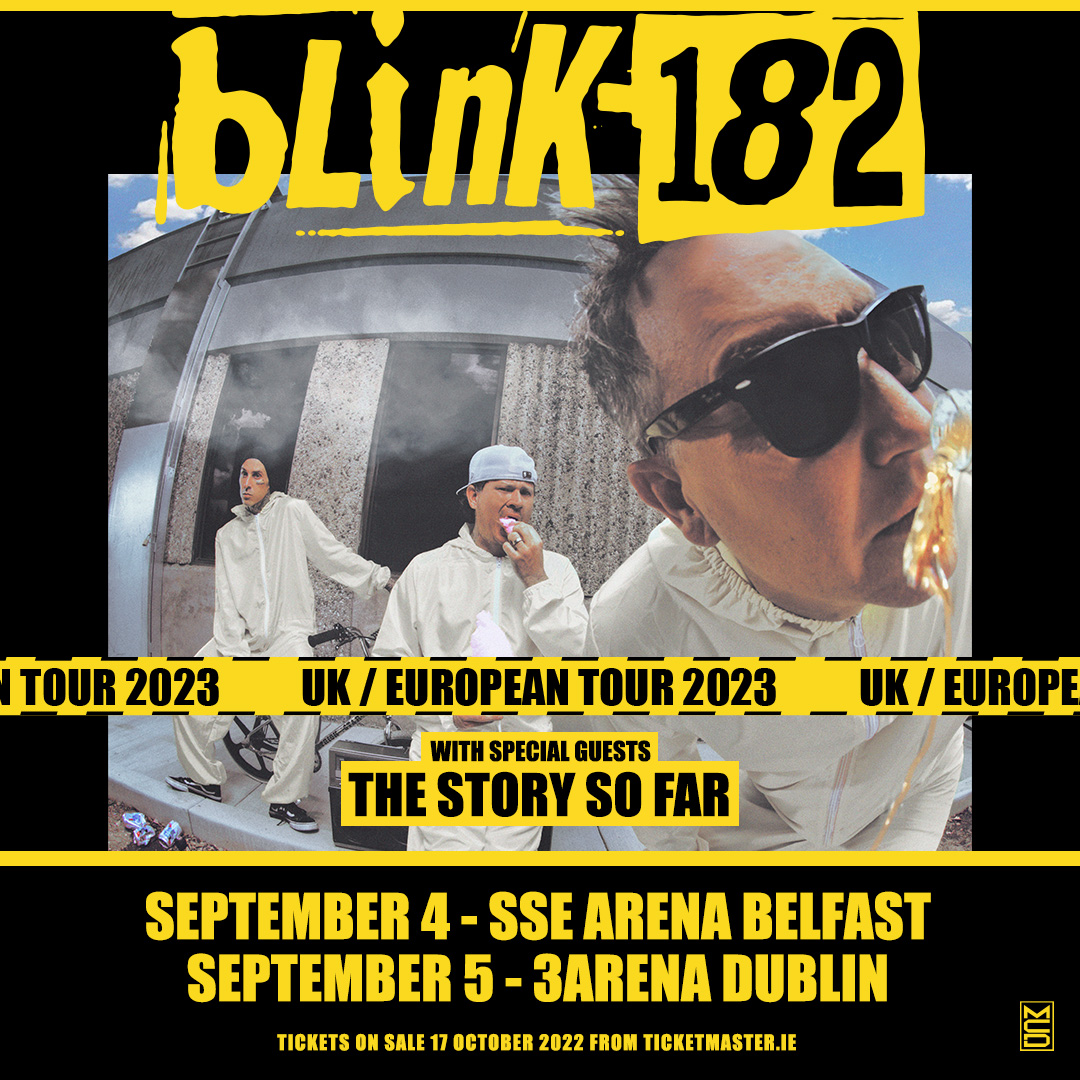 The worldwide trek includes their first ever performances in Latin America along with stops in North America, Europe, Australia, and New Zealand.

Dublin's 3Arena of course makes the list, with support from The Story So Far.

A post shared by The Story So Far (@thestorysofarca)

The band will also drop their new single Edging' this Friday, October 14th.

It marks the first time in a decade that Mark, Tom and Travis have been in the studio together.