Love Island's Tommy Fury has responded after he faced backlash for not wearing a face mask on public transport.

It all kicked off when the boxer shared a selfie from inside an empty train carriage.

And some noticed he wasn't wearing a face covering in the picture.

He also shared another photo of the empty train captioned, 'Full carriage to myself.'

However, this didn't stop some people from criticising the boxer for not following the guidelines.

The Love Islander's spokesperson has since released a statement addressing the situation.

They told The Sun, 'This story was taken while Tommy had his mask off to drink water and I am sure you saw his other story which showed a completely empty carriage (he was the only person in it).'

The spokesperson continued, 'Tommy has posted many pictures over the last few months of him wearing a mask.'

'It was taken out of context.'

'I can appreciate the confusion,' they finished their statement.

Meanwhile, Tommy's girlfriend and Love Island co-star Molly-Mae Hague is on a mission to return to her natural looks.

In October, she had her lip fillers dissolved, and now, she's reversing some of the dental work she's had done.

And she looks amazing! 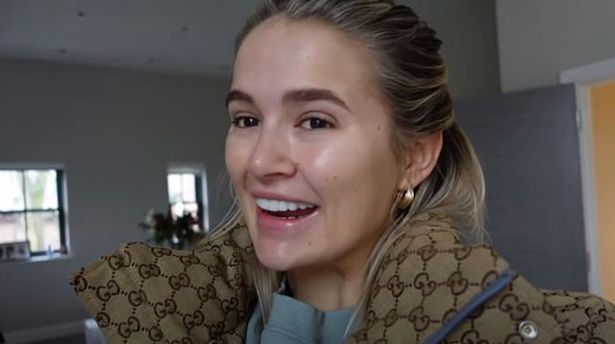