It comes just days after they celebrated their two year anniversary.

Molly-Mae and Tommy took off on a romantic getaway to Bath recently.

During their time there, they bought tickets for The Woman In Black in theatre.

Molly-Mae shared a picture of her ticket on Instagram Stories and eagle eyed fans noticed something unusual.

The name on the ticket was, 'M Fury,' which many believed translated to, 'Molly Fury.'

It comes days after Molly revealed in a video on her YouTube channel that they've tried on engagement rings.

"As soon as we sort the ring, that's when he will propose to me," she said. 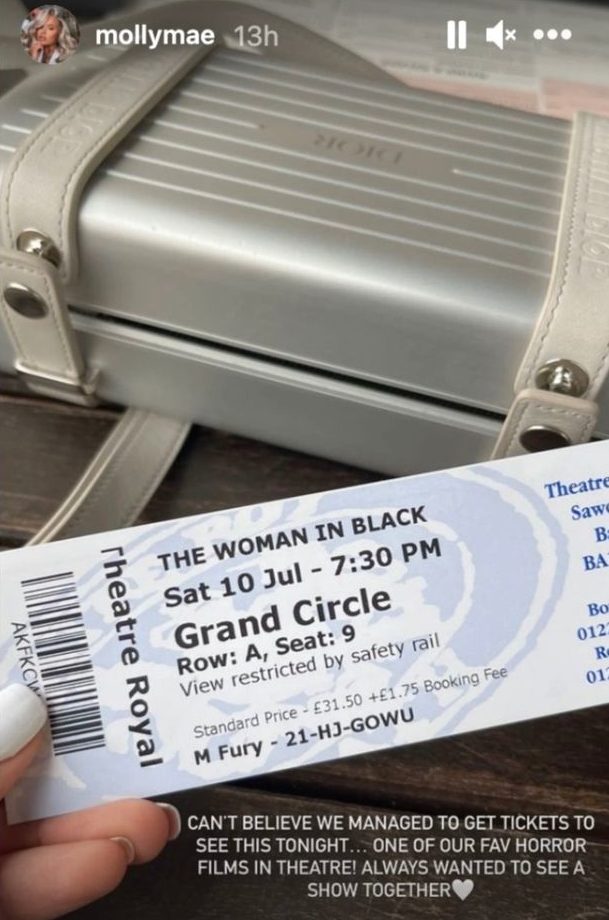 "But obviously he could pick the ring without me even knowing and I don't really care."

"I think when your partner chooses the ring you're just going to love it because you know they have put that thought and effort into it."

The couple met in the Love Island villa in the summer of 2019 and fell madly in love.

They made it to the final but lost out on the winning prize to Amber Gill and Greg O'Shea.

In her YouTube video, Molly revealed she's actually trying to distance herself from the Love Island stereotype.

And this is why she hasn't tweeted or spoken out about the current season.

"For me, my work is so important and my job is everything to me."

"I don't know, I think about these things a lot. I guess that's quite an honest thing to tell you guys."

Speaking of Love Island, Molly and Tommy's former co-star Anton Danyluk told Casa SPIN that there was a villa break-in during their year.