As we gear up for the final season of Game Of Thrones, the cast bid farewell at the premiere in New York.

Emilia Clarke, Alfie Allen and Kit Harington are just some of the names who attended.

Our two favourite best friends couldn't help but show their love for each other at the event.

Maisie Williams and Sophie Turner have been as thick as thieves since they joined the show at just 12-years-old. 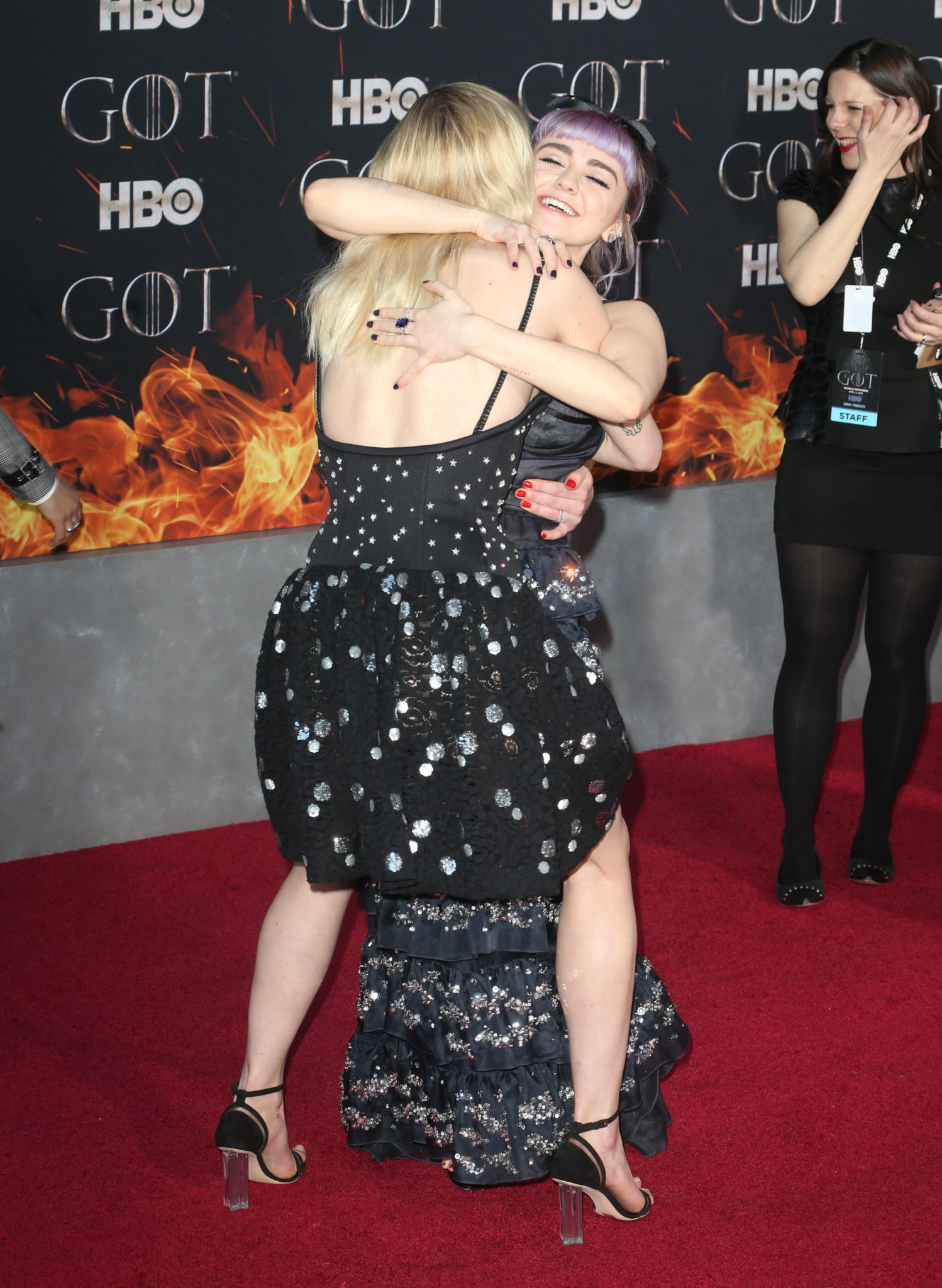 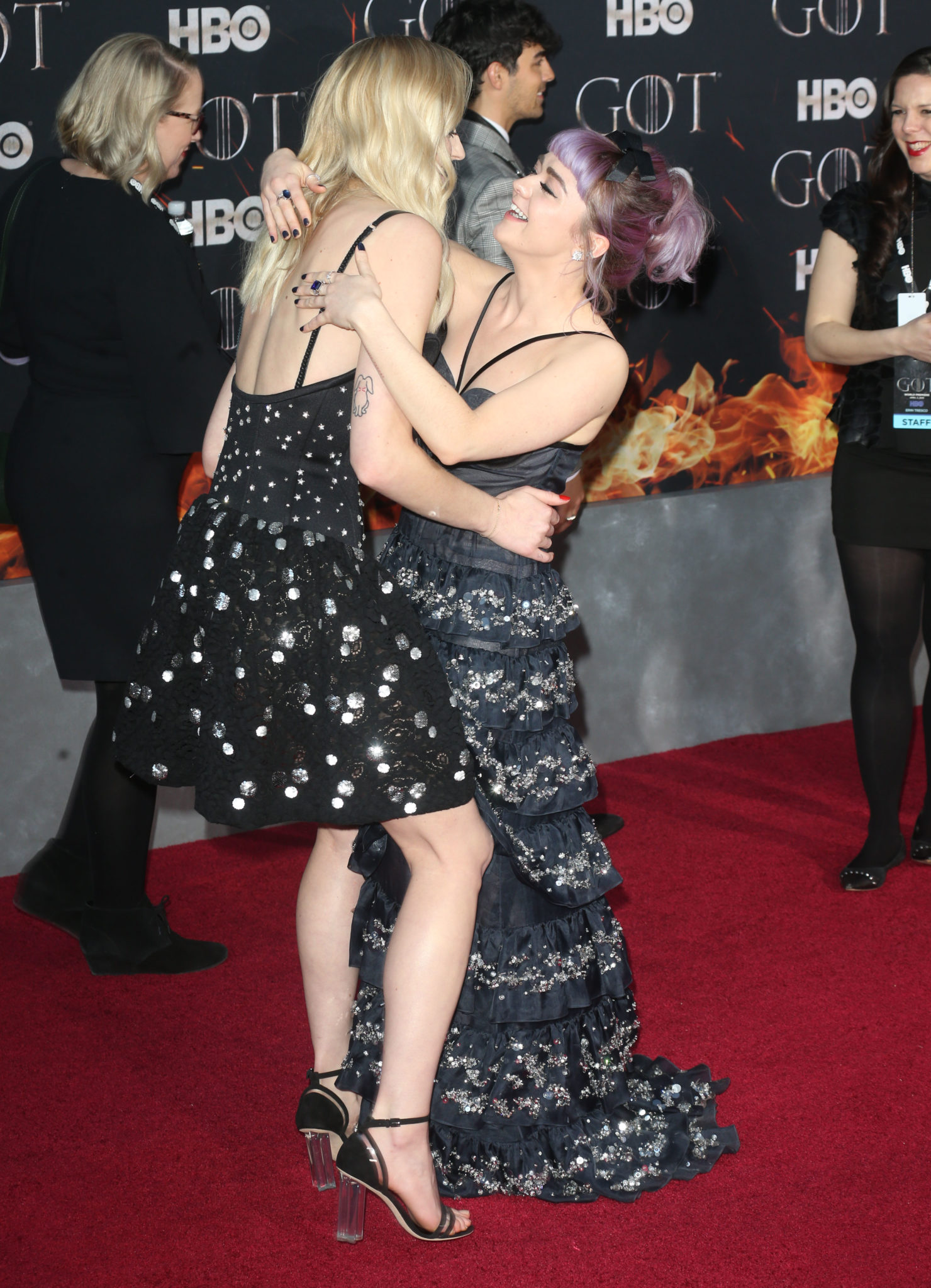 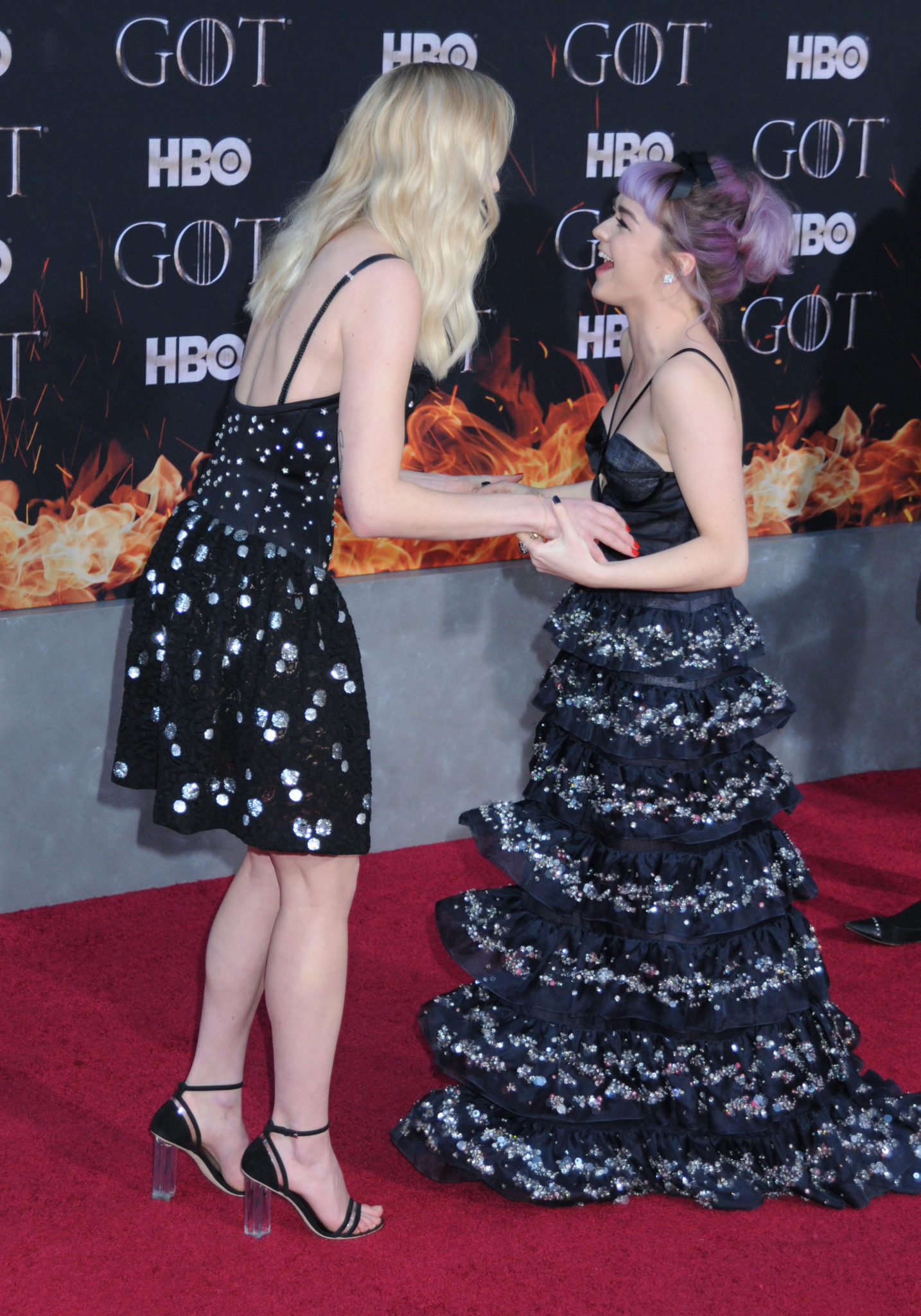 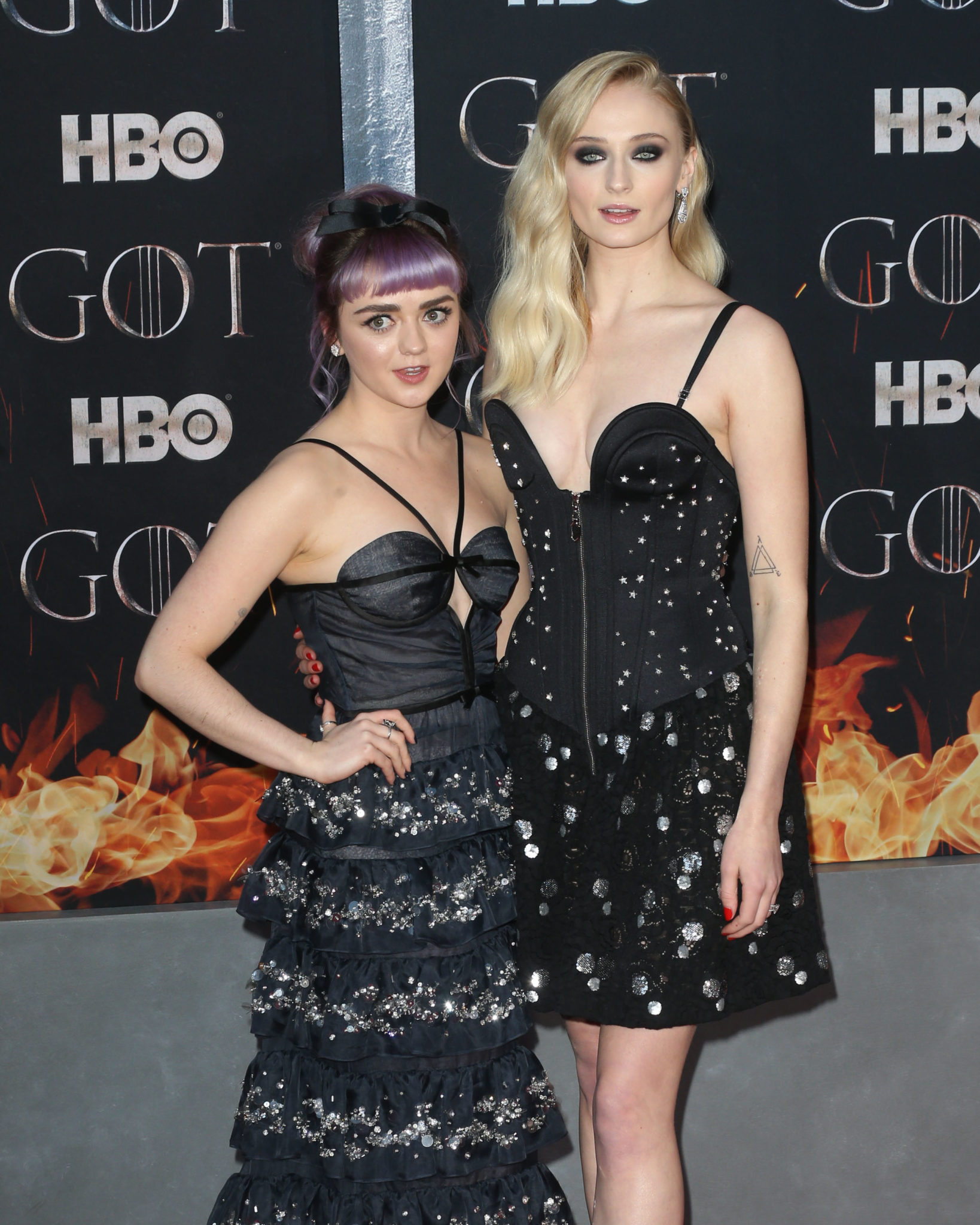 If you haven't seen their friendship in full swing then you're honestly missing out.

Their relationship really shines in this interview with Rolling Stone.

These two are absolute goals!

She was joined on the red carpet by her Jonas Brothers fiancé Joe Jonas.

The happy couple are engaged to be married sometime this year. 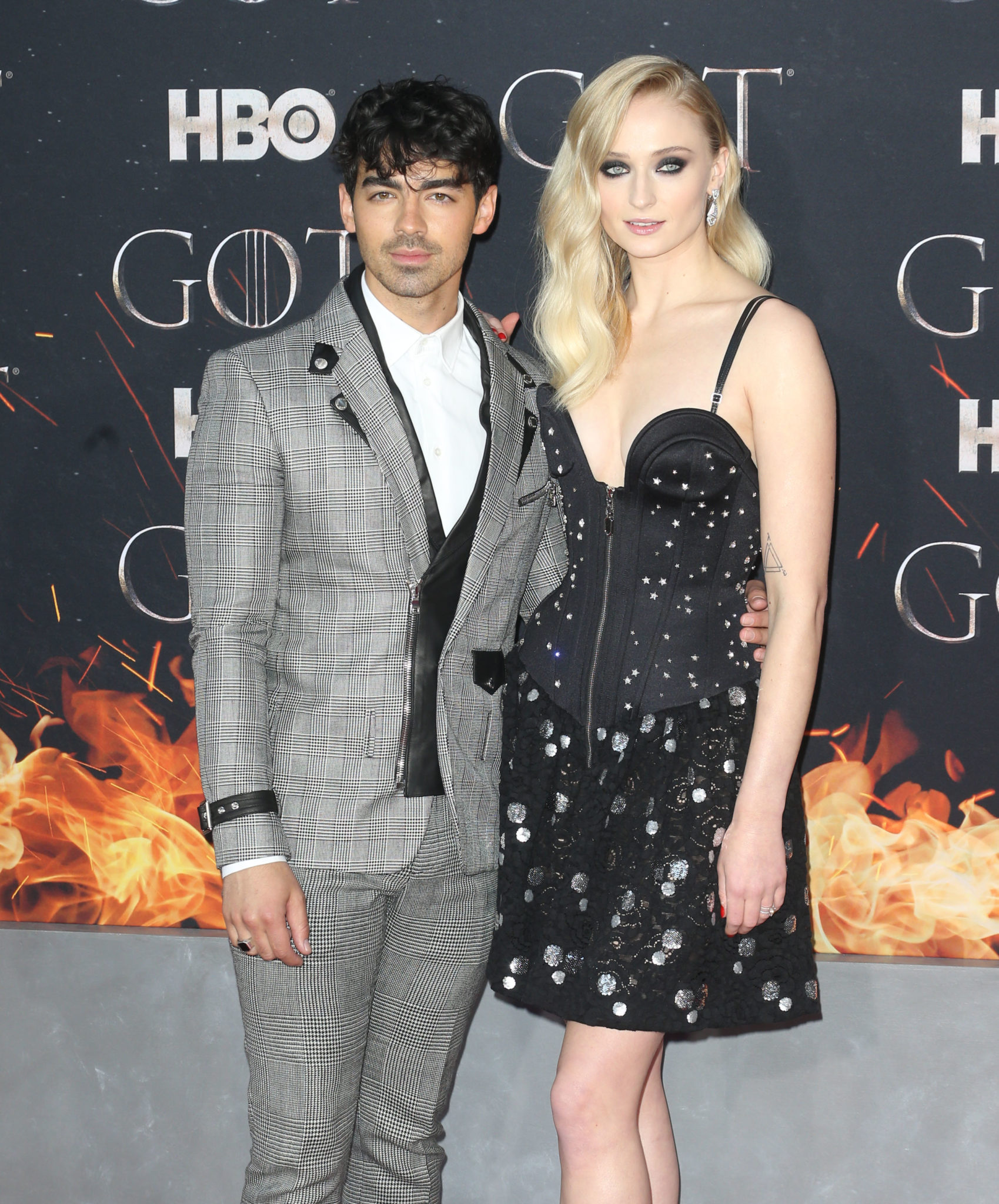 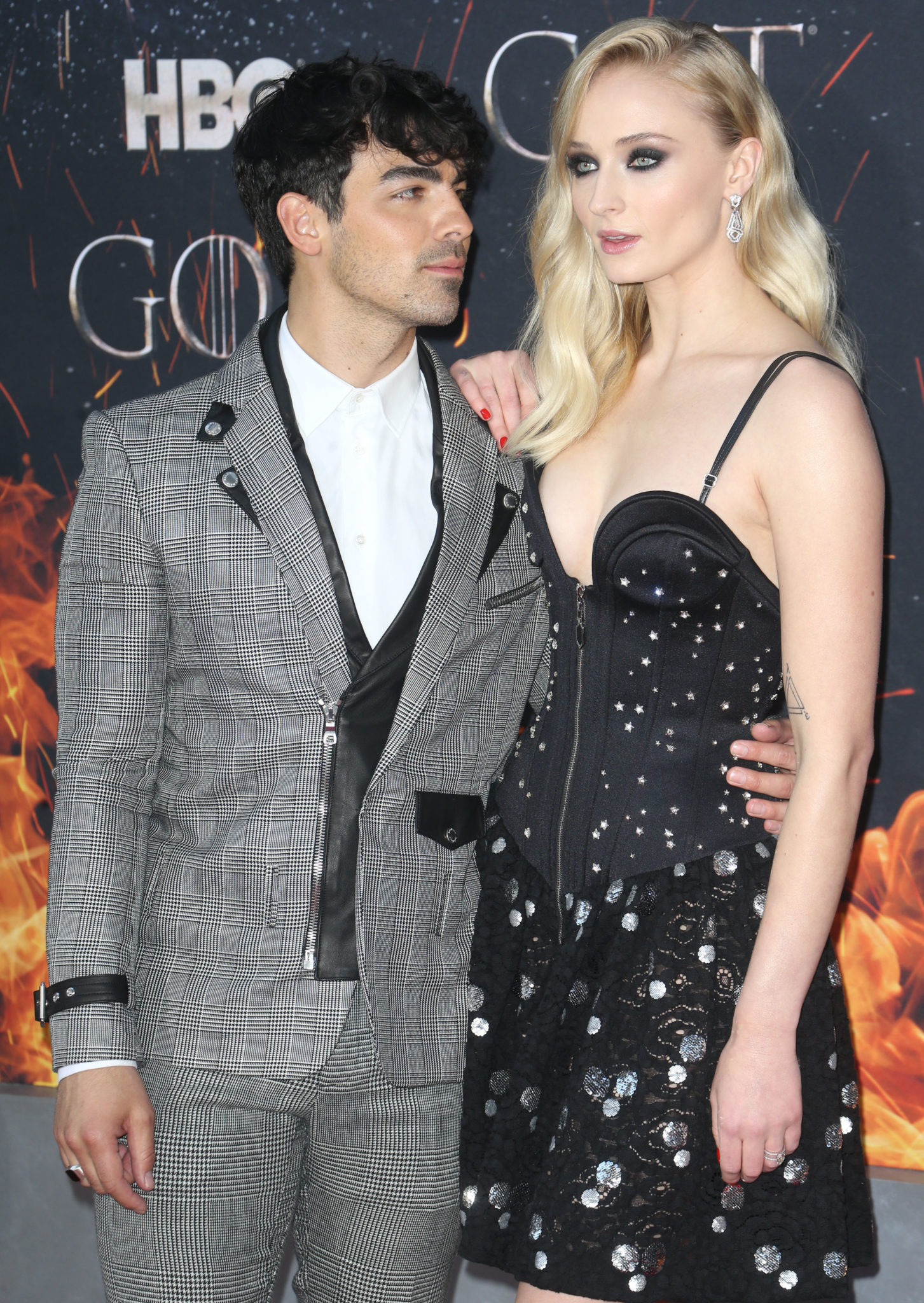 While Maisie also opted for a black dress.

The actress accessorised with a beautiful pair of diamond earrings. 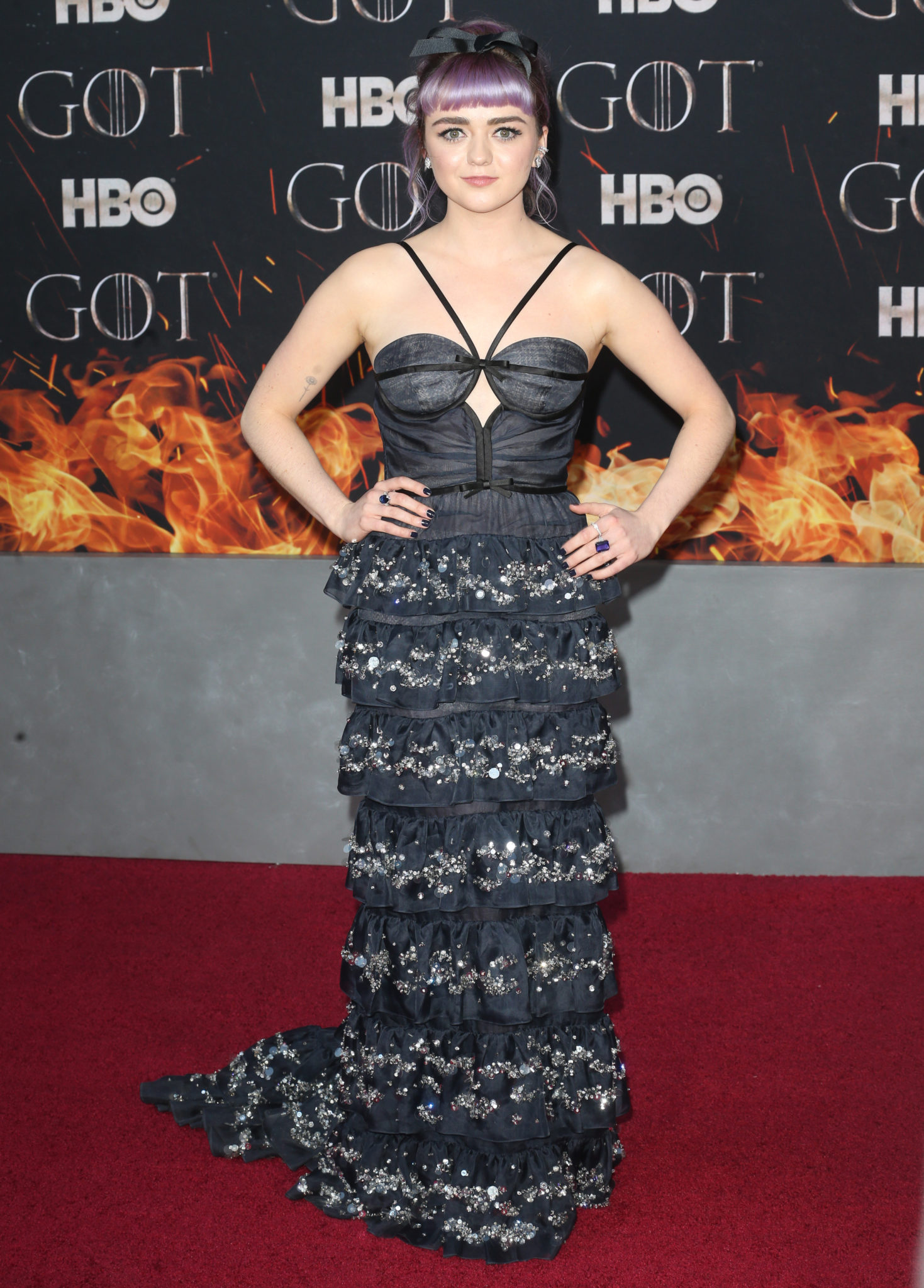 Kit donned a black suit while his wife dazzled in red. 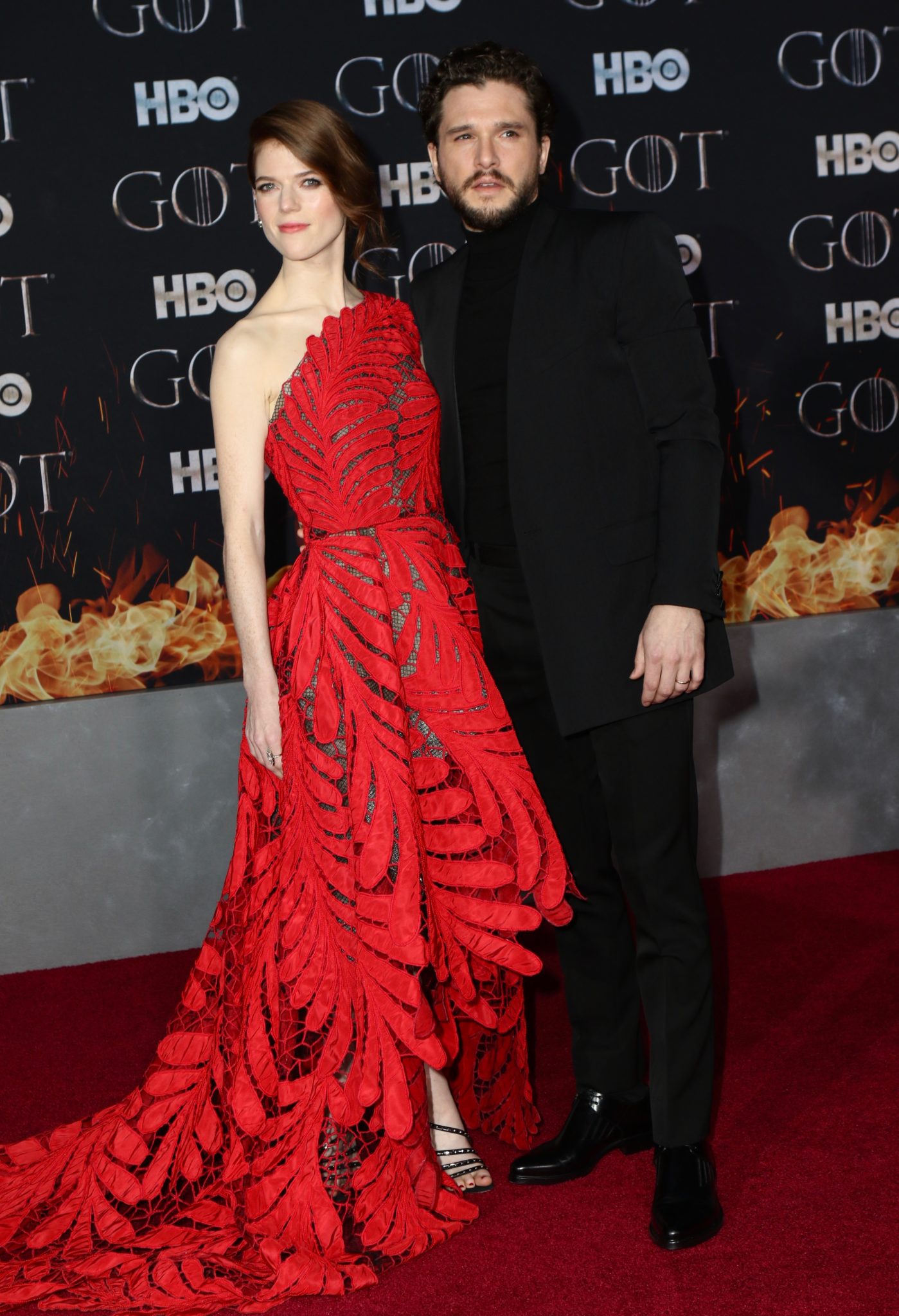 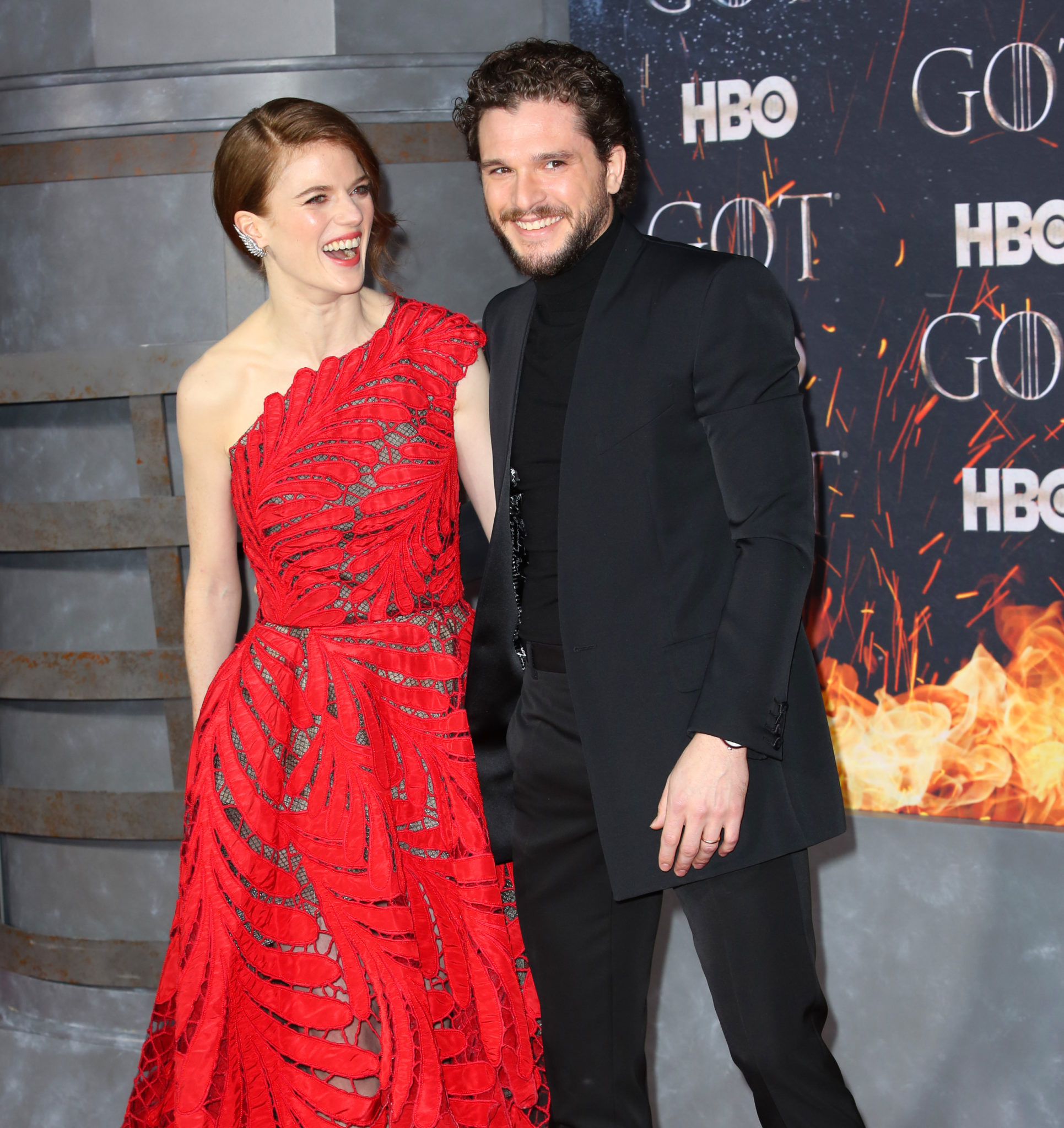 The star arrived in all black as well.

She plays Margaery Tyrell in Game Of Thrones and she looked beautiful. 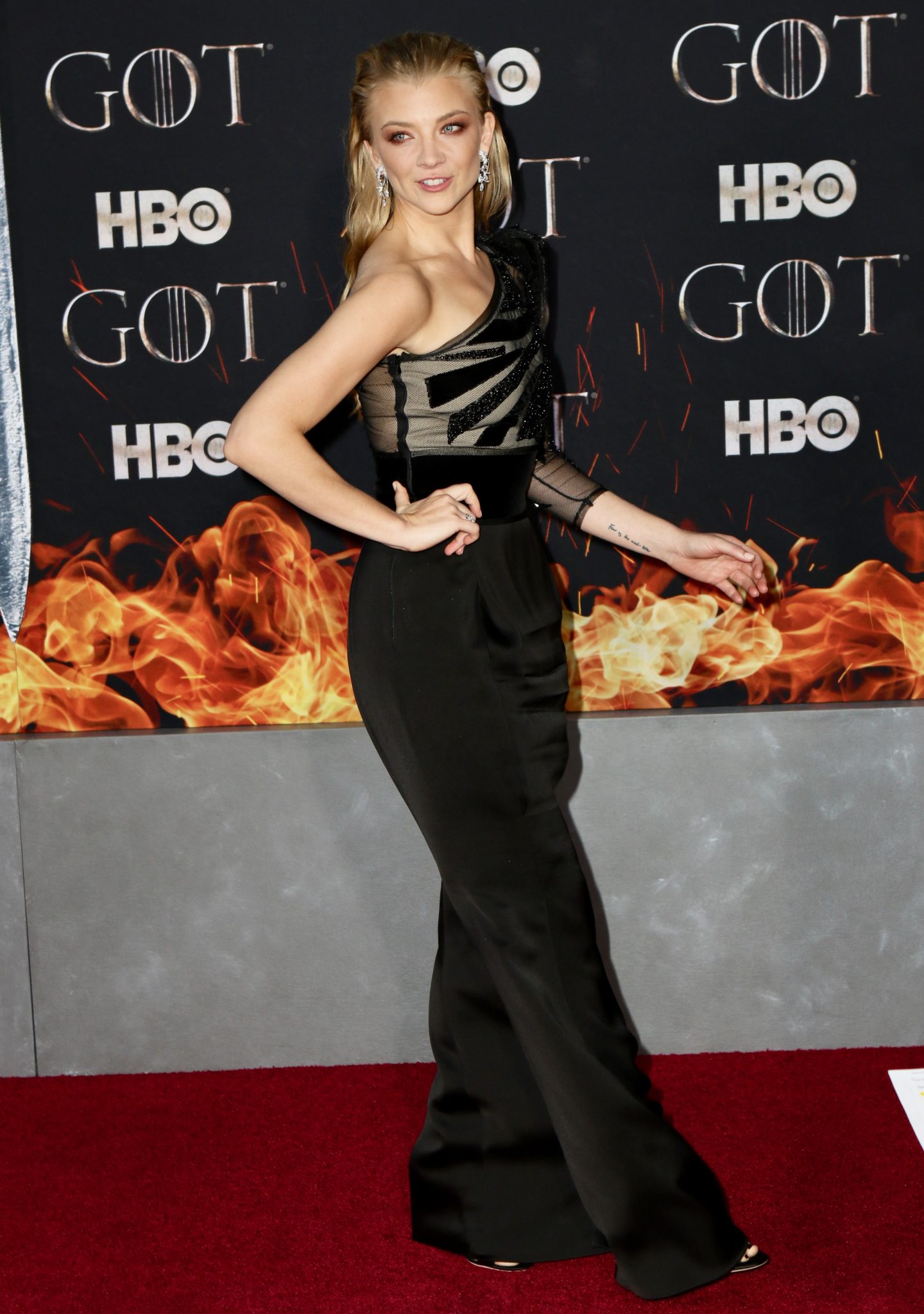 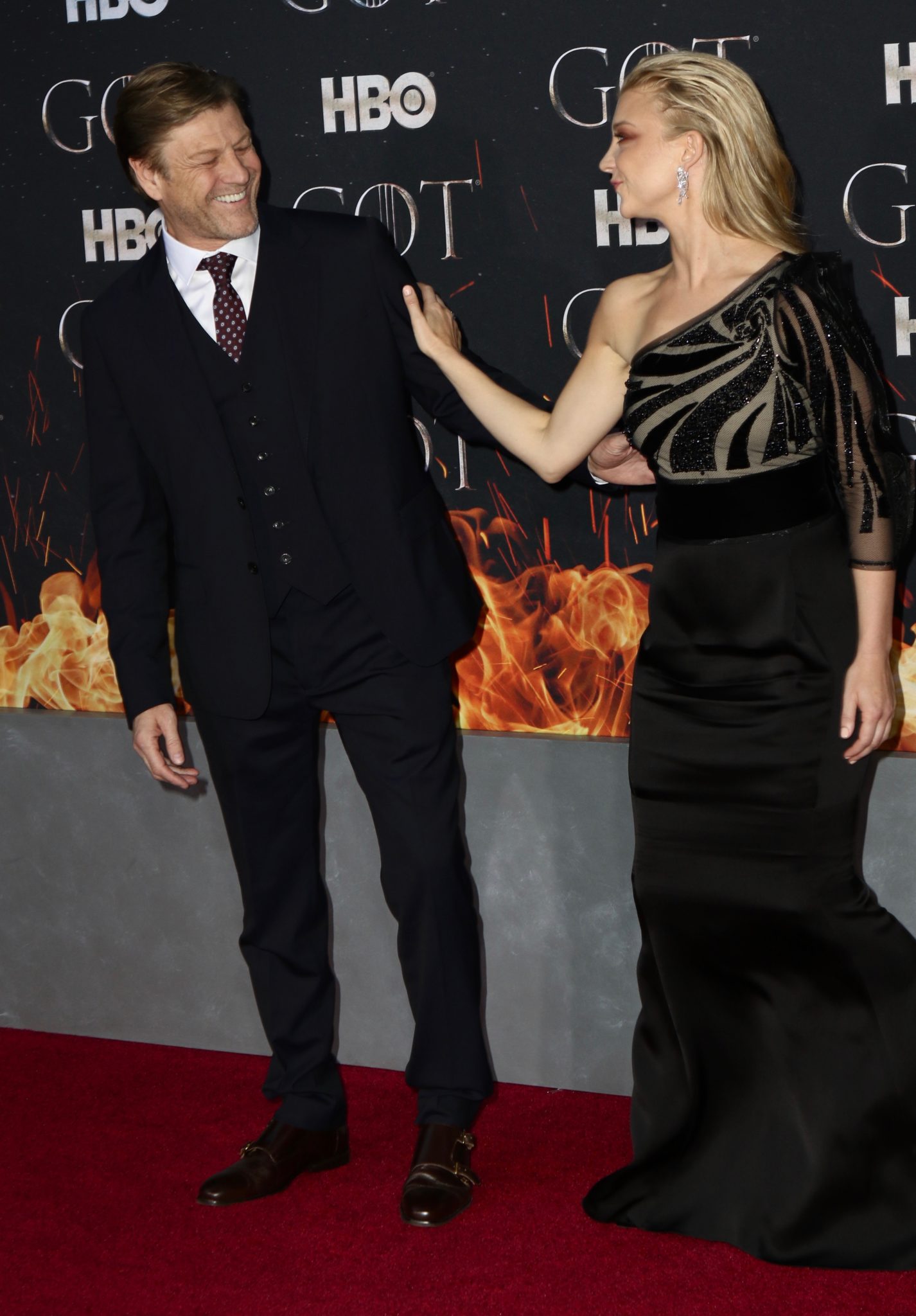 The actress plays Daenerys Targaryen in the hit HBO series.

She only recently revealed she suffered from multiple brain aneurysms during filming for season one and two. 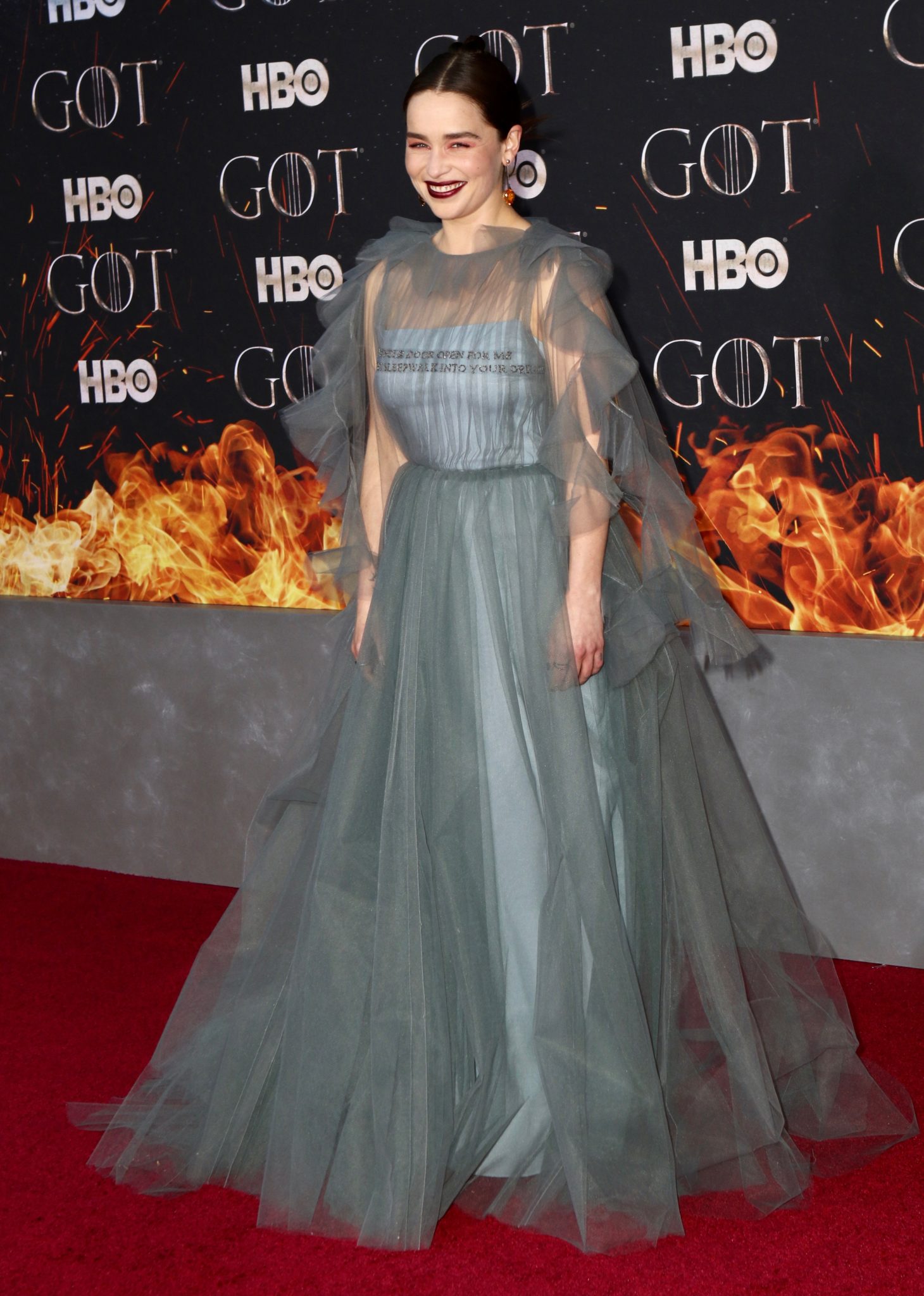 Momoa brought his wife Lisa Bonet as his guest to the premiere.

The 39-year-old plays Khal Drogo in the show.

He looked very stylish with a pale peach suede coat and black slacks. 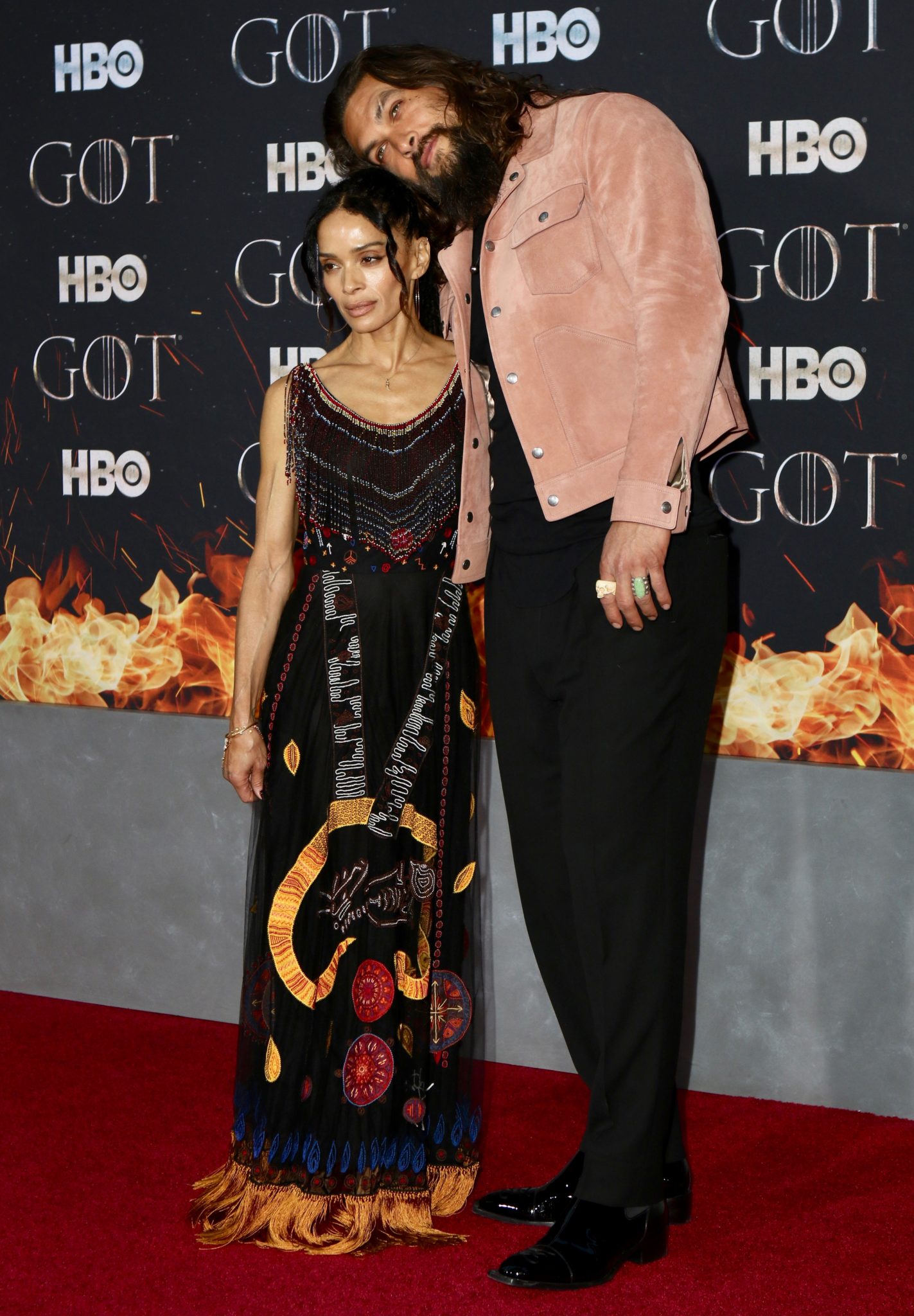 The actor looked as dapper as ever.

At the event he wore a charming suit with a patterned tie. 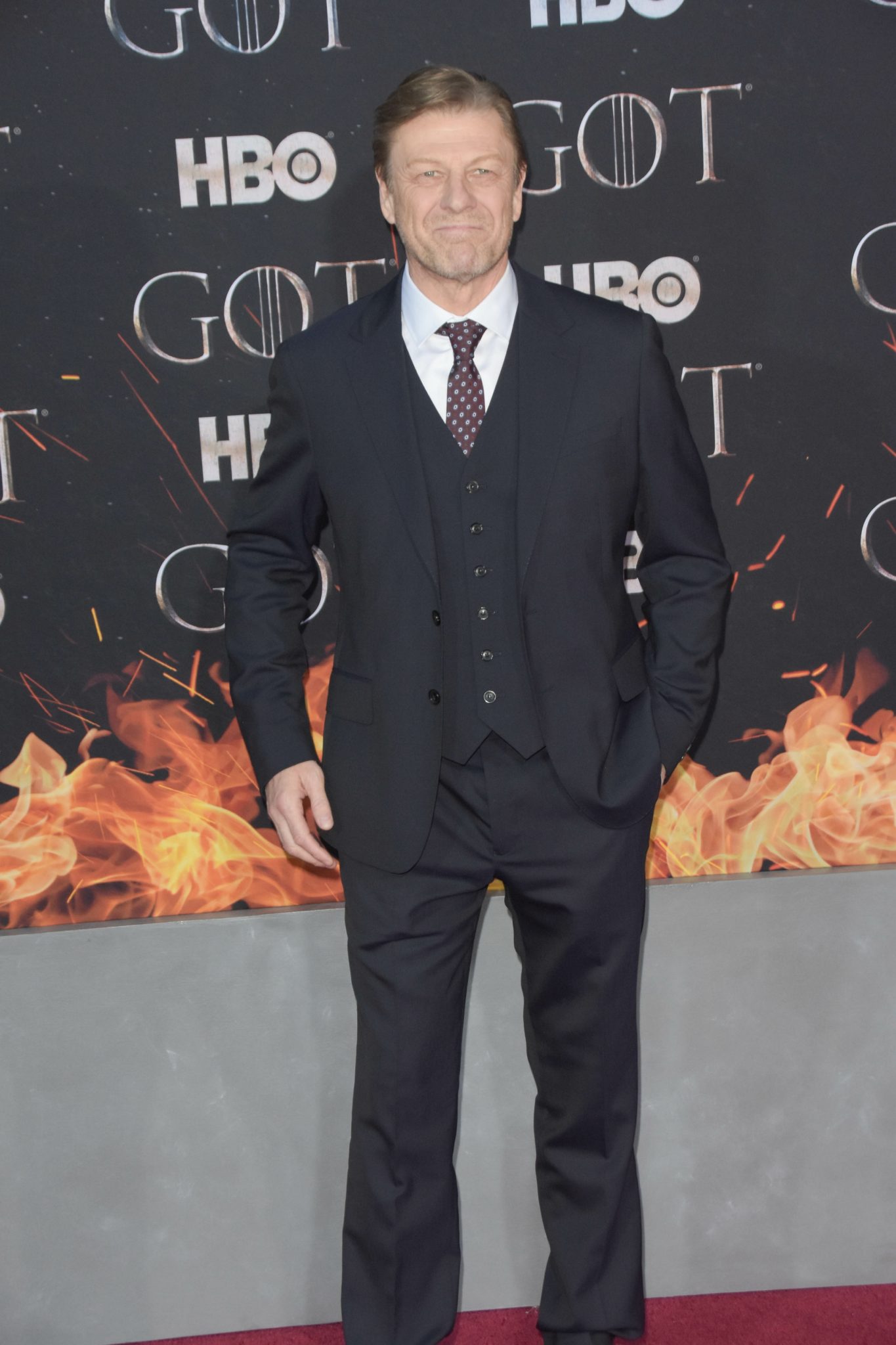 Björnsson stars as Gregor Clegane in the show.

He looked as dapper as ever with a little help from his co-star Pedro Pascal.

You'll know Pascal for his role as Oberyn Martell. 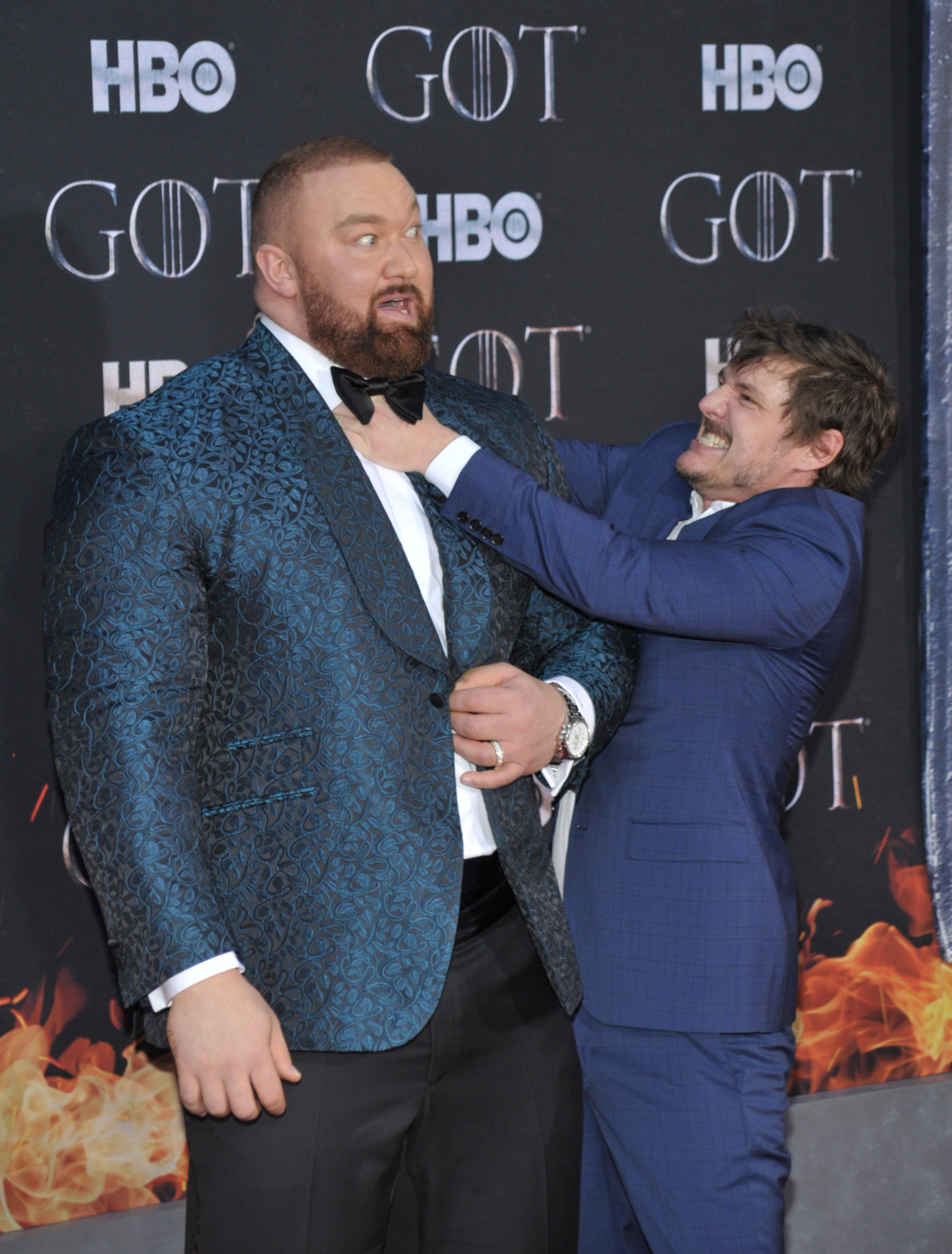 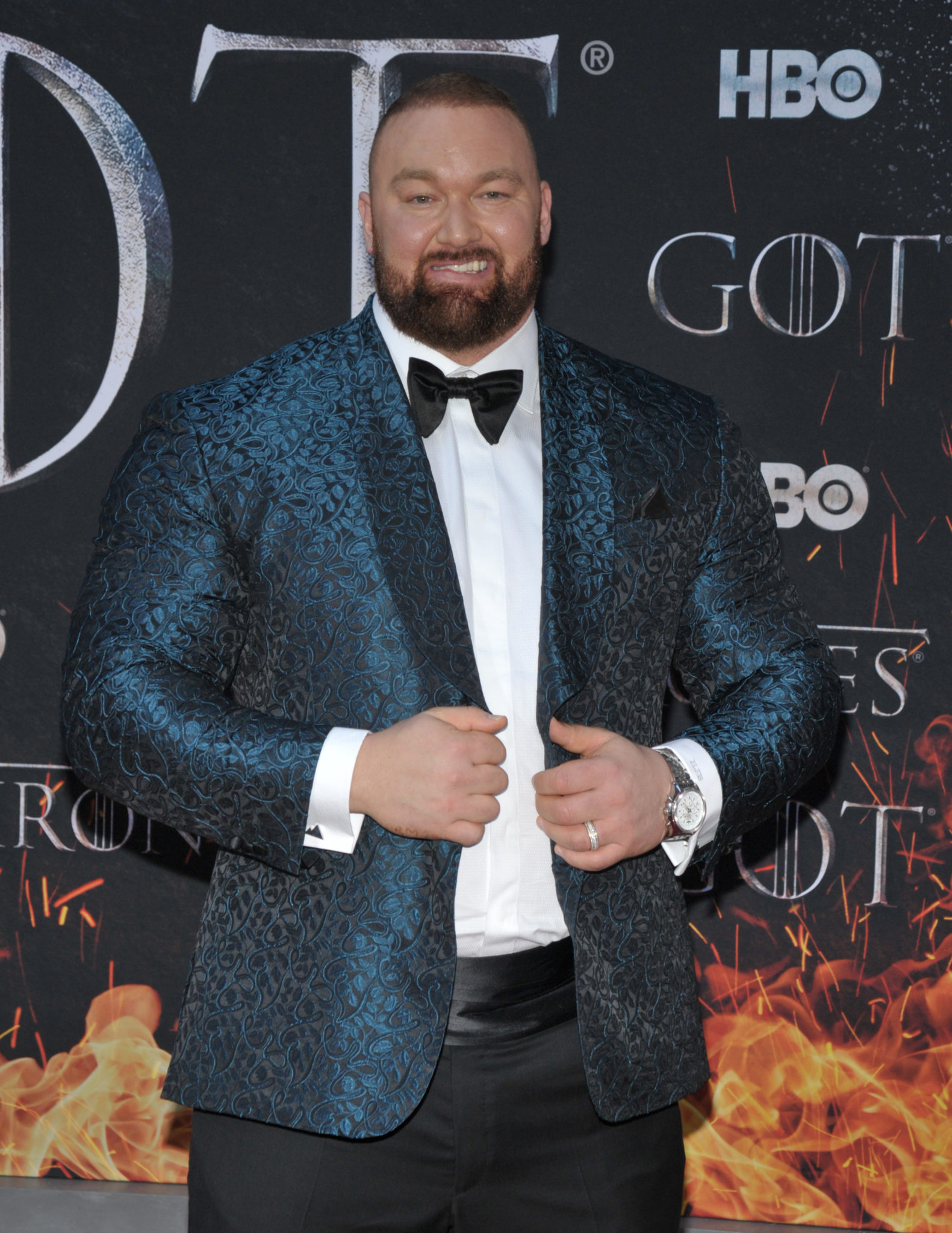 Allen looked fabulous at the premiere.

You'll know him as Theon Greyjoy in the show.

He donned a lovely blue suit paired with a black shirt and blue tie. 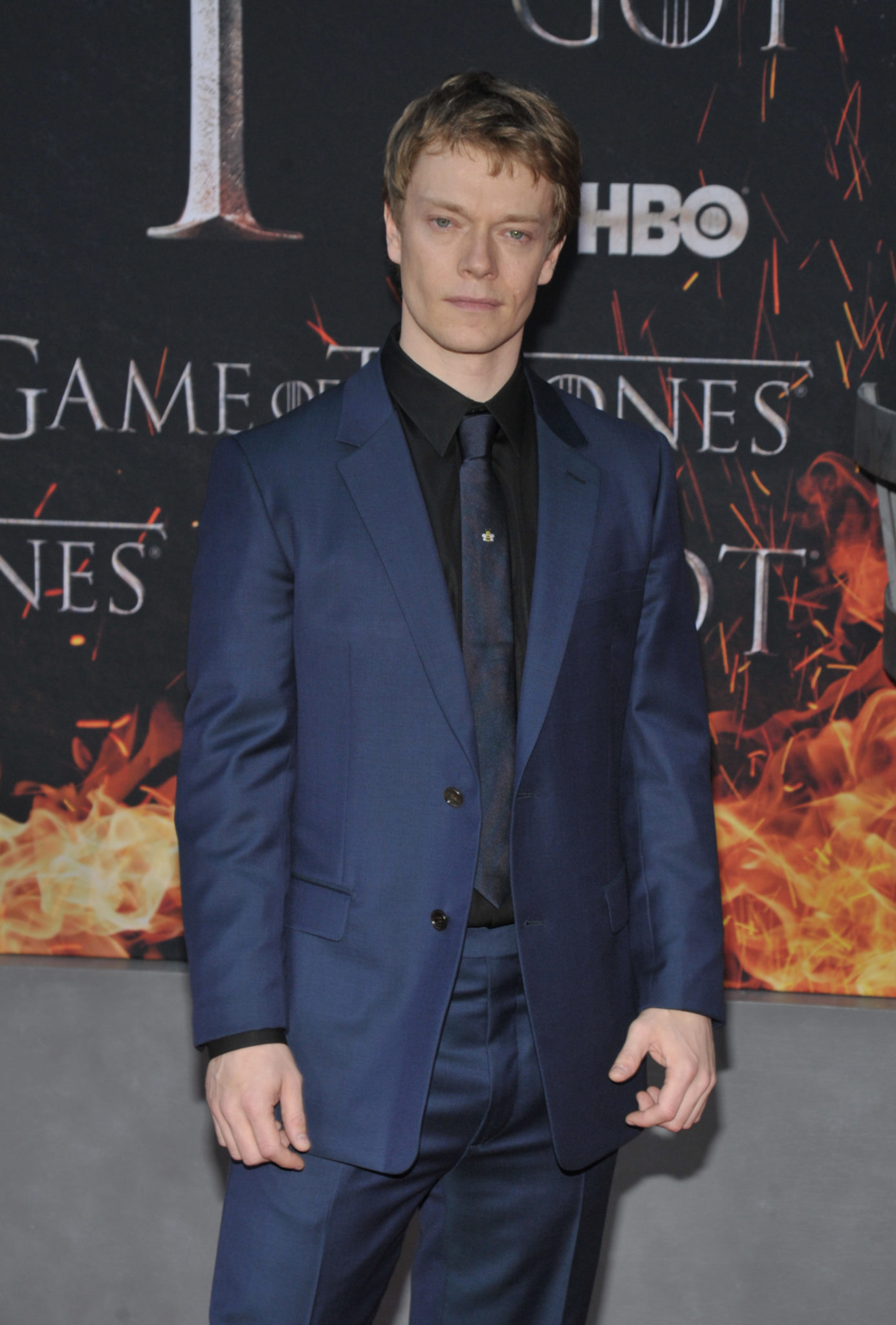 Christie looked as glamorous as ever.

Christie plays Brienne of Tarth in the show. 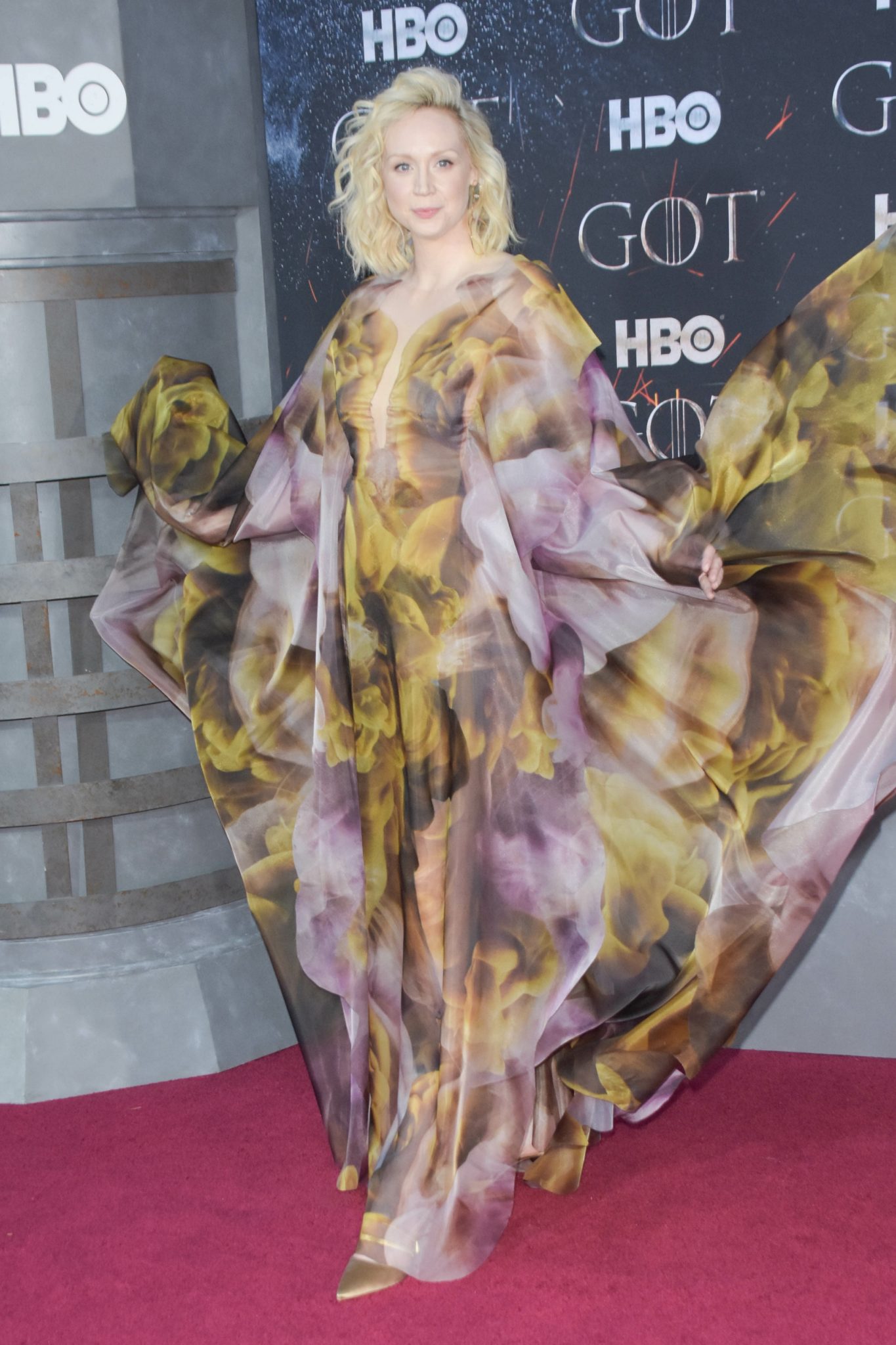 She plays Melisandre in the series. 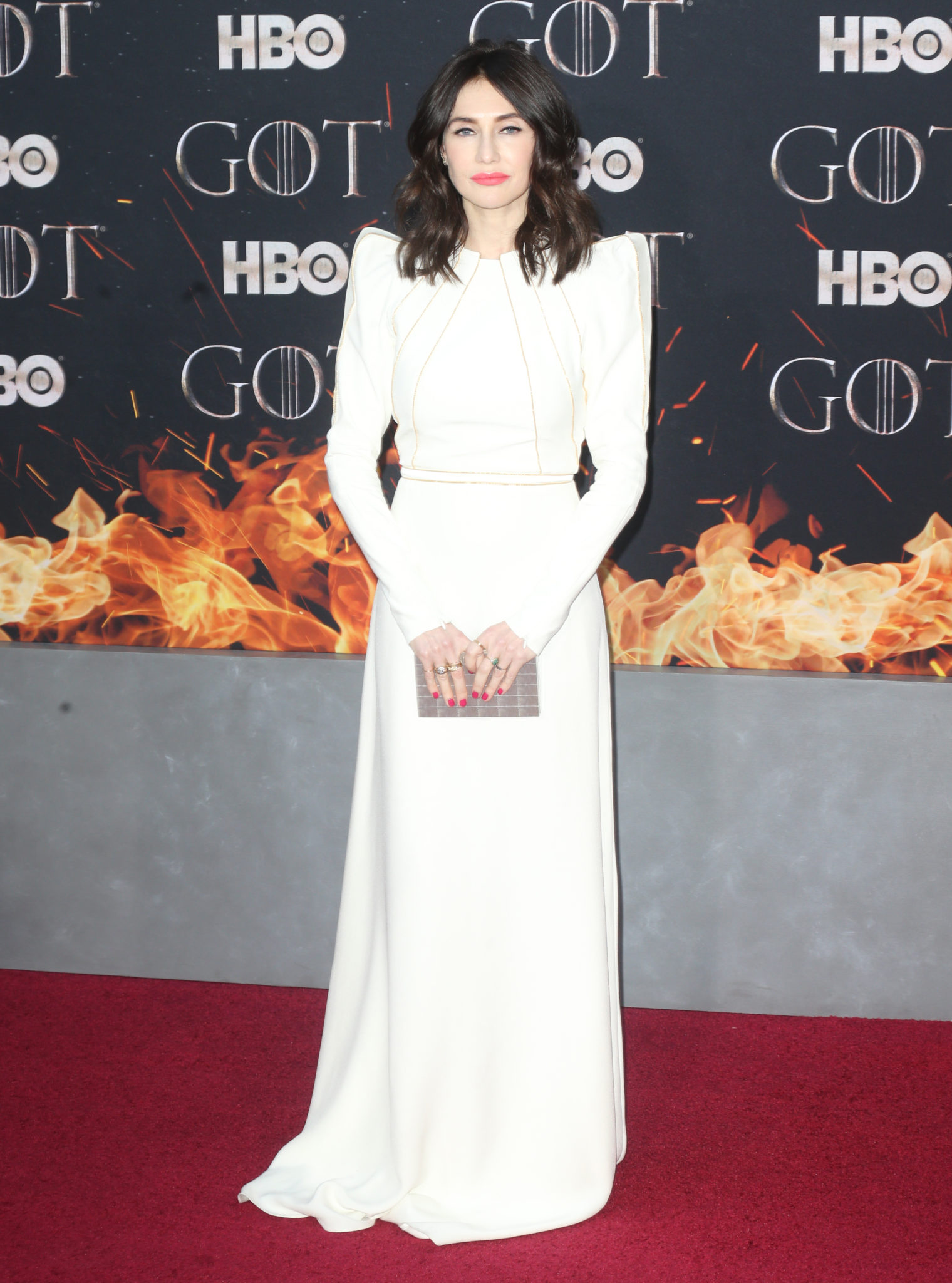 Peter also made an appearance with his partner Erica Schmidt.

He plays Tyrion Lannister in the series. 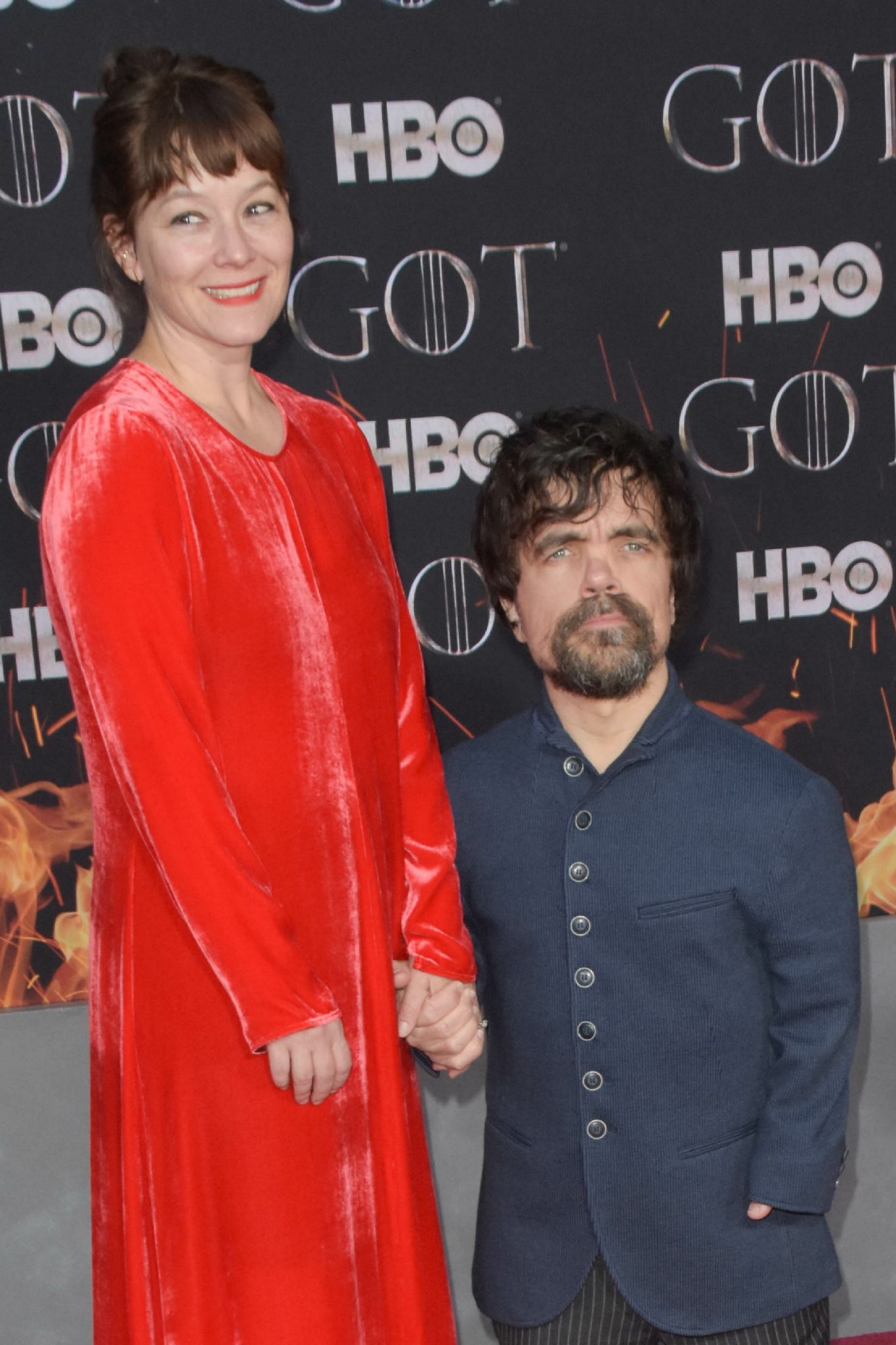 He attended with his partner Gry Molvaer Hivju.

Judging from the smile on Kristofer's face here, it looks like they had a blast. 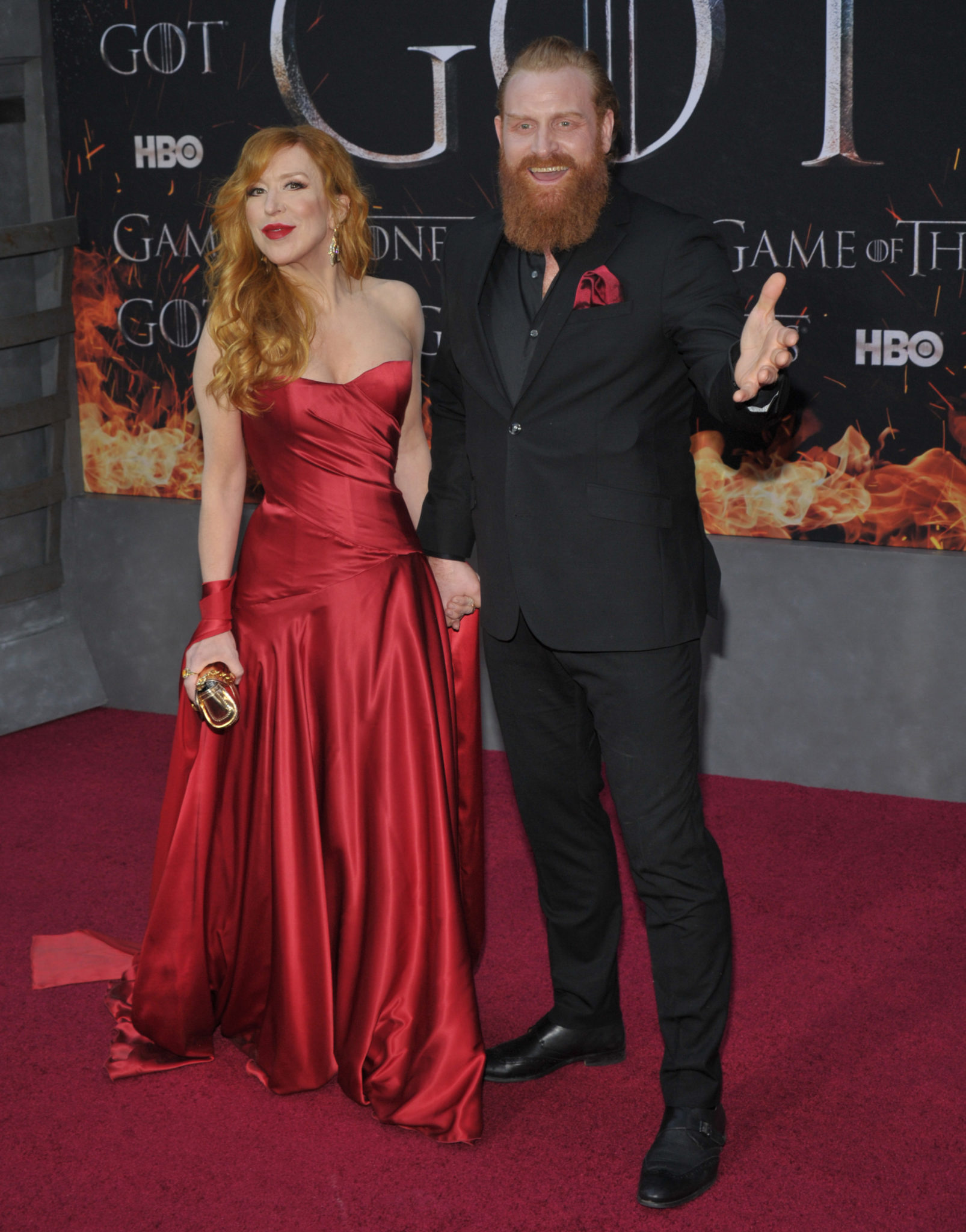 The final season airs on the 14th of April followed by a documentary about the making of season 8.

How You Can Support The George Floyd Movement: Educate, Donate, Protest

Donald Trump Threatens To Use Army To Stop Anti-Racism Protests

Kit Harington Checks Into Rehab For Alcohol And Stress