Keith Earls has been ruled out of Munster's Heineken Champions Cup semi-final away to Saracens tomorrow.

The Ireland winger has failed to recover in time from a thigh injury.

Mike Haley comes into the side at full-back with Andrew Conway and Darren Sweetnam on the wings.

With Joey Carbery sidelined with a hamstring issue, Tyler Bleyendaal will start at out-half with Conor Murray in the nine shirt.  Rory Scannell and Chris Farrell form the centre partnership.

Dave Kilcoyne, Niall Scannell and John Ryan pack down in the front-row.

Jean Kleyn has been passed fit to play in the second-row alongside Tadhg Beirne while Jack O’Donoghue joins CJ Stander and captain Peter O'Mahony in the back-row. 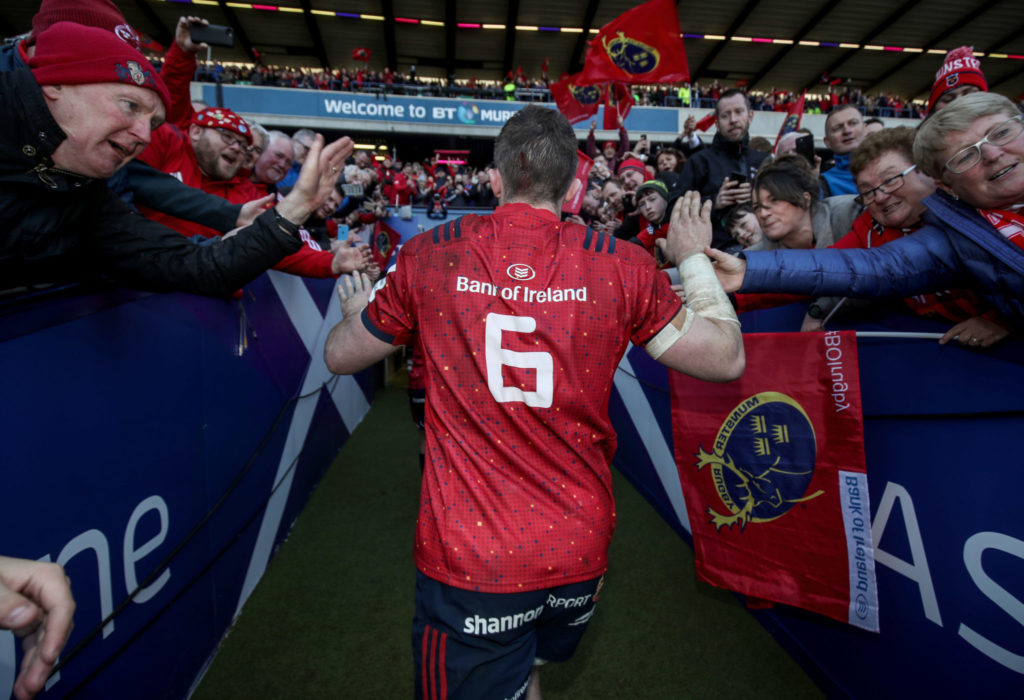 Munster have lost their last six semi-finals in Europe but head-coach Johann van Graan says they can't dwell on what has gone before.

“We can’t look at the past and what happened in the past. We took what we could out of two semi final losses last season, did a big review on that after last season and we believe we learnt out of them.

“If we win on the weekend everybody will say we’ve learnt our lessons. If we don’t win people will say Munster lost another semi-final. Our only focus is what we do in the week and how do we handle Saracens on Saturday afternoon.

“Unfortunately they are a fantastic rugby team. The more you look at them the better they become. It’s a massive challenge for us to go and beat them in England. If we want to get past the semi final we’ll have to be very good on Saturday afternoon.”

Neil Treacy and the Irish Independent's Cian Tracey previewed the game on OTB: AM this morning

Leinster v Saracens: who will have the last laugh?

Good Friday for Leinster, Sexton is back