Freezing And Closing Ulster Bank Accounts To Begin On Friday

The process of freezing and then closing some Ulster Bank accounts will begin on Friday.

The Bank has also confirmed details of the closure of 25 branches that will reopen as Permanent TSB branches. 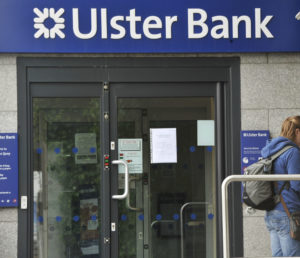 Ulster Bank will start freezing current and deposit accounts on or after the 11th of November.

It will affect the first customers who received their six month notice in April this year.

Accounts will then be closed 30 days after they are frozen, for those the bank thinks, have low reliance on the accounts or may have accounts elsewhere.

Meanwhile, the bank's confirmed 25 branches will close on either the 6th or 13th of January and reopen shortly afterwards as Permanent TSB branches.