Former One Direction star, Harry Styles has just dropped the trailer for his upcoming Adore You music video.

It follows the story of a bright young boy who is brought up in a town filled with despair.

And honestly, this trailer has the makings of a movie.

The clip opens with a world map spinning as a female voice narrates.

"In all the seas in all the world, there has never been a land quite like the isle of Eroda."

She explains that the island has had, "Perpetual cloud cover for as long as anyone can remember."

The voice guides us through the beliefs and cultures of the people of Eroda.

For example, a boat is seen leaving the island before lightening strikes it and sets it on fire.

"If you ever leave Eroda, avoid doing so on odd numbered days."

She explains that the people on the island are, "Always frowning."

So you can understand the town's confusion when a bright young boy is born.

"From the moment he entered the world, nobody ever meant to be mean towards him."

"No one knew what to do with something different." 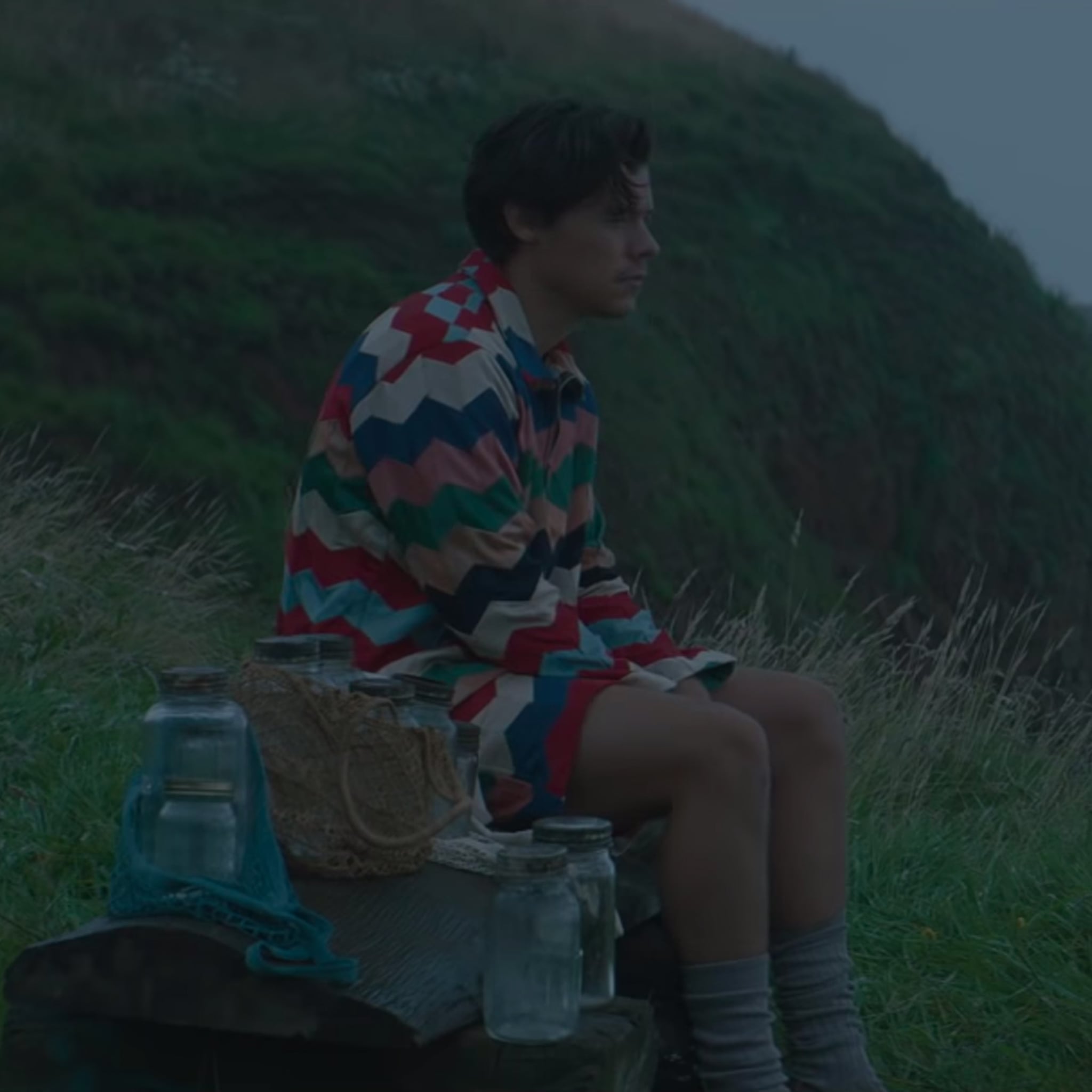 The young boy grows up into a fine young man played by none other than Harry Styles.

When the town continuously ignores him, he ends up losing his smile, "Without it, the world grew darker."