Fresh from the release of their new single, ‘Divine’, All Tvvins today announce a trio of gigs at Dublin’s Whelan’s on November 12th, 13th, and 14th.

Tickets for the shows go on sale on Thursday, September 26th at 9 am.

All Tvvins duo Conor Adams and Lar Kaye enjoyed a phenomenal start to their career. Their debut album ‘IIVV’ shot into the Irish charts at #2, earned a Choice Music Prize nomination for Irish Album of the Year and smashed the 20 million streams landmark.

Their gigs in the UK and Ireland included a life-affirming sold-out show at Dublin’s historic Olympia Theatre as well as tours around Europe. The band continued this momentum with their critically acclaimed follow-up album "Just To Exist" which was released in 2019 and produced and co-written by James Vincent McMorrow. 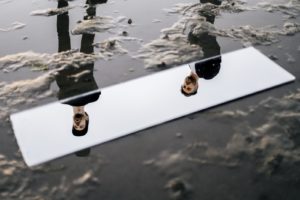 Tickets for Irish tour are on sale now, Whelan’s tickets go on sale 9 am on Thursday 26th of September.

2021 Grammys: The Complete List Of Nominees In All Major Categories

SPIN Chats To James Vincent McMorrow About His New Music