The Late Late Show returns to our screens next week and one of the first guests to chat to Ryan this yeat will be Love Island contestant Maura Higgins.

Speaking about the new series show host Ryan Tubridy told the RTE guide “Sinead O’Connor, an icon; Aisling Bea, a new superstar knocking them out in the UK; and Maura Higgins from Love Island, a pop-culture phenomenon. It’s running the gamut, and that’s where The Late Late excels.

“We’re also hoping to make a nod towards all the people who’ve served this country in uniform, which needs to be done.”

“Just to say thanks. And where else can you do that, but on the Late Late."

Speaking at the RTE Autumn launch last week, he told Irish Daily Mirror: “I was watching it [Love Island] over the shoulders of youngsters no but like my feeling about that is even if you didn’t watch it, you know that even when it was going down the toilet and people were saying it was boring and it was the worst series of it, what did it take

“It took an Irish woman from Longford to change it all.

"She goes on and suddenly the show comes alive. And not even just that it was also won by an Irish man.”

Maura is currently in a relationship with professional dancer and fellow Love Island contestant Curtis Pritchard. 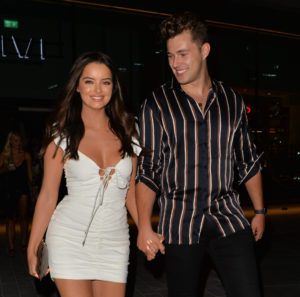 To say we're excited is an understatement!

The Late Late Are Looking For The Messiest People