We won't lie we're super excited that we now know the release date for the upcoming season of Black Mirror leak or no leak.

According to a recent leak, we haven't got long to wait until series five of Black Mirror arrives on Netflix.

Thanks to a now-deleted tweet from an official account, the show will reportedly be returning on 28th December, which is less than four weeks away... Happy Christmas! 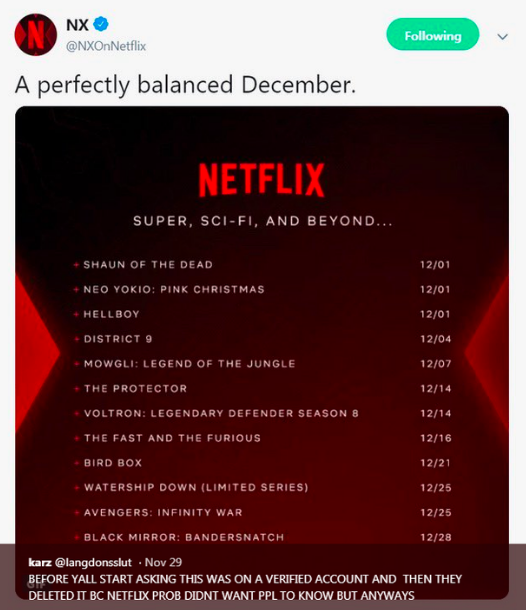 Of course, this MAY not be true but it looks set to be released on Netflix in early January.

Netflix Has Released The Episode Trailers For Black Mirror Season 5

'Black Mirror' Season 5 Has Been Pushed Back