It's almost ten years since we've seen Dannii Minogue as a judge on the X Factor UK and now it looks like Simon Cowell and X factor bosses are trying to get her back for there newly revamped show.

It's been revealed bosses would love her to help recreate the success of her last season, which saw 19.4million viewers tune in — and wait for it........ they are trying to tempt her with a £300,000 pay deal.

Every wardrobe needs a pussy bow blouse 😸🎀 this winter, and Petites Posse THIS is the pussy blow blouse YOUR wardrobe needs. My favourite ‘date night’ top for cozy nights in, or out, you can tie it in a rakish bow under your chin, or let the ends drape elegantly from a loose knot at the back of your neck. Perfectly proportioned for the petite frame, the luxe, rich flocked fabric will have you purring with delight 🐈 Check out target.com.au for styling tips. #DanniiMinoguePetites

A source told The Sun: “X Factor bosses would love to have Dannii back on the panel — she was part of the show’s dream team in its heyday. Her chemistry with the other judges was electric and she loved the role.”

The source continued: “She’s definitely tempted, and will always be loyal to the show as it gave her such a great platform, but she is really happy with her life now and isn’t sure she wants to rock the boat.”

“It would also be very dependent on who she sat next to on the panel as rumours at the time said she didn’t get on well with Sharon Osbourne.”

“Simon thinks it would be a real coup to have her and she is definitely someone he has mooted,” the source added. 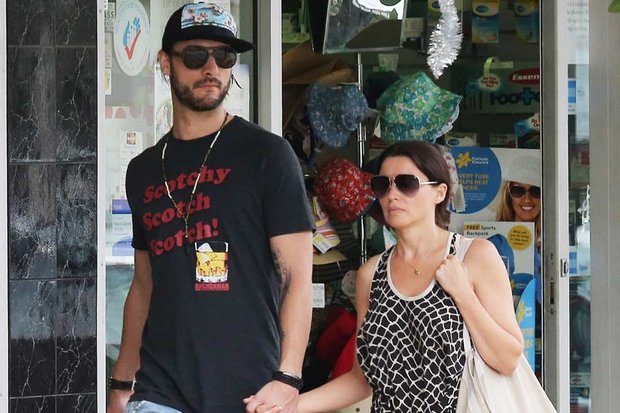 Since leaving the X Factor Dannii has worked on the Australian Version of the show and has been dating music producer Adrian Newman.

X-Factor bosses are looking for a new judging panel, following the departure of Robbie Williams and Ayda Field.

It’s not known at this stage if Louis Tomlinson will return for the next series.