Post Malone made sure his last night of 2019 was going to be a memorable one, as he took a tumble offstage in Times Square for the New Year's Eve celebrations.

The singer and rapper performed as part of Dick Clark's New Year's Rockin' Eve with Ryan Seacrest 2020 on Tuesday night.

He donned a lavish pink suit, as he sang some of his most loved songs, including Circles and Congratulations.

However, Post Malone did not have the smoothest of shows, as he appeared to fall into the crowd during his set in New York.

One onlooker took to Twitter to explain what had happened:

"He had just hugged Seacrest and went to shake fans' hands and foots slipped off the stage".

Here’s the aftermath of Post Malone falling off the stage tonight. He had just hugged Seacrest and went to shake fans’ hands and his foot slipped off the stage. After he and fans got over the initial shock he smiled for a selfie as roadies helped him back up. #nyc #nye 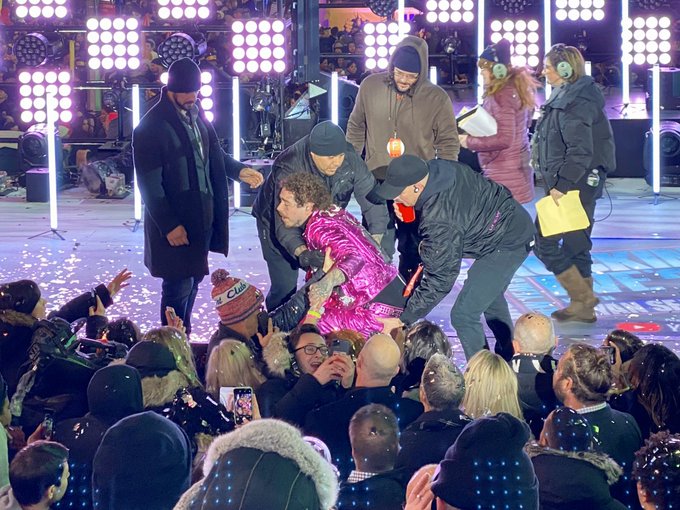 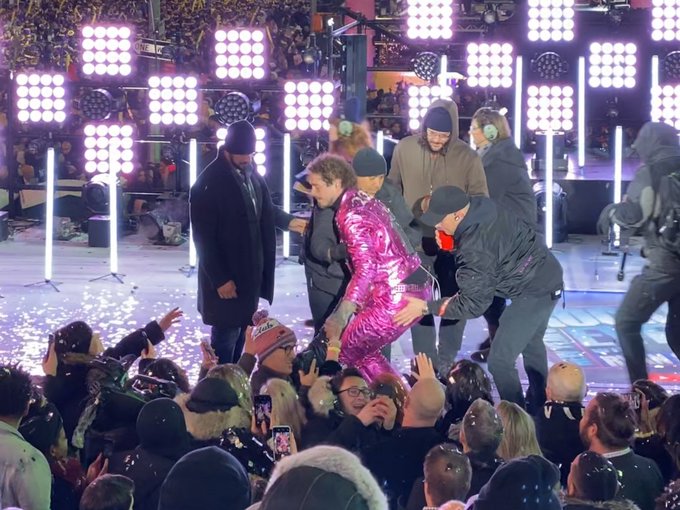 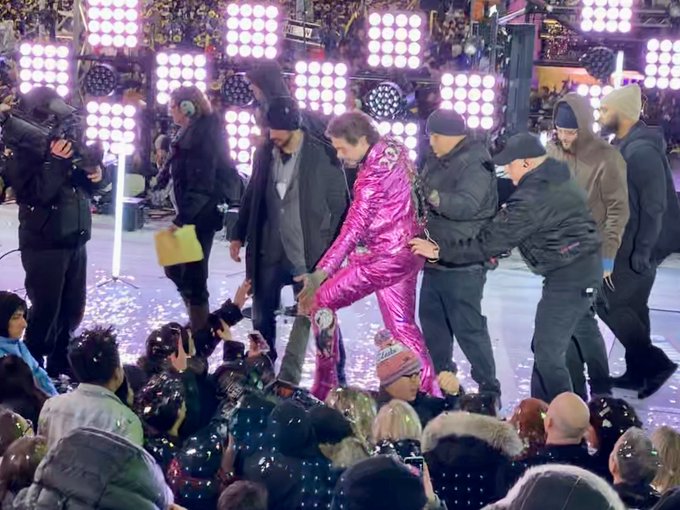 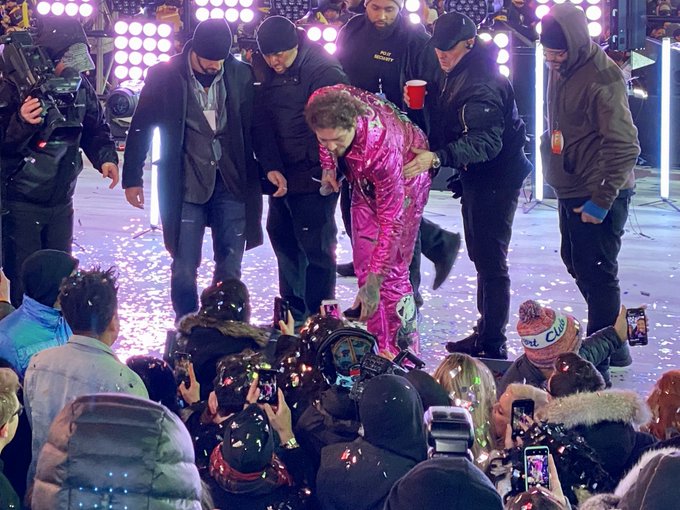 25 people are talking about this

The star was not hurt and seemed to laugh off the incident. 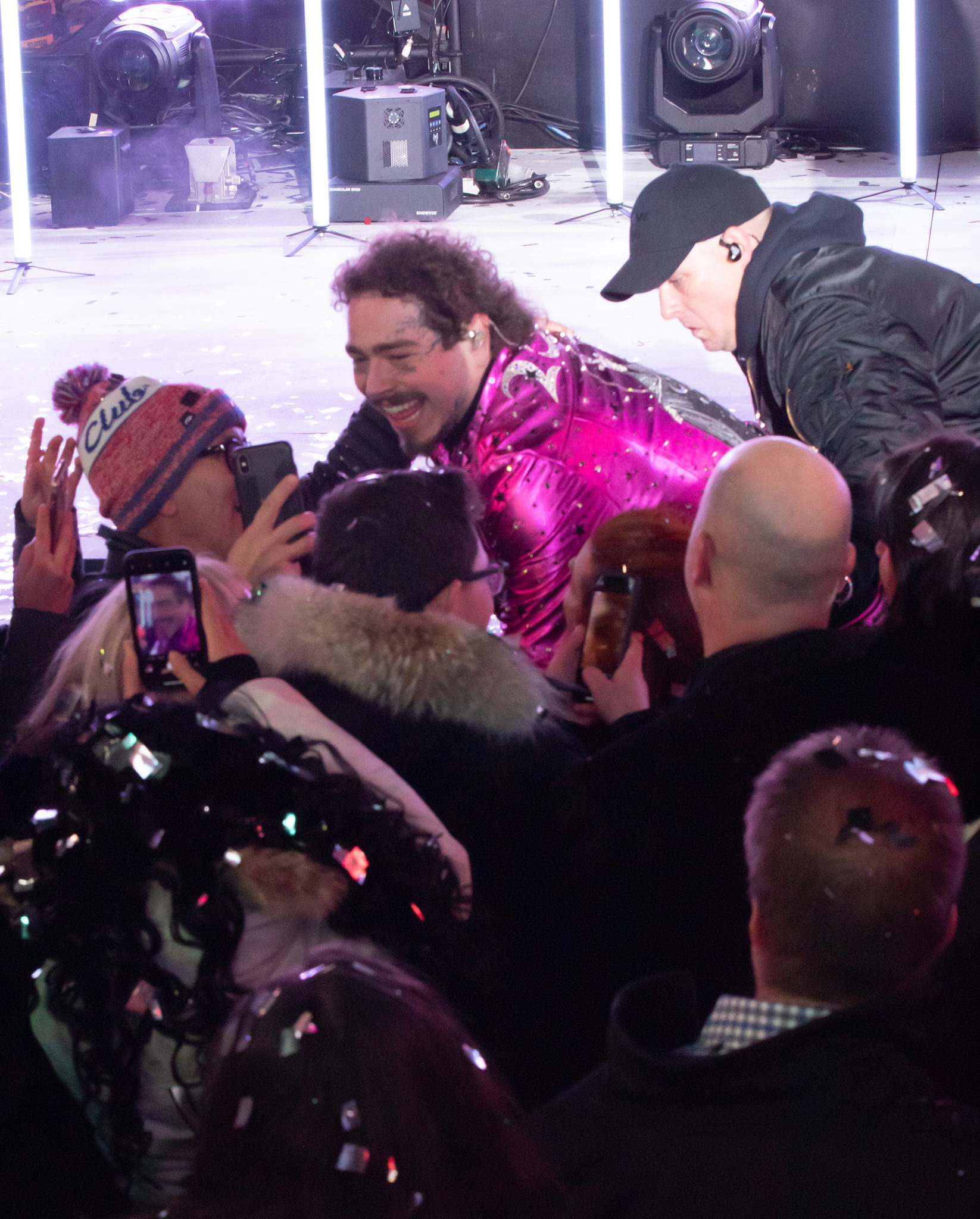 He even posed for a selfie with a fan before being assisted back onstage by security to continue the celebrations. 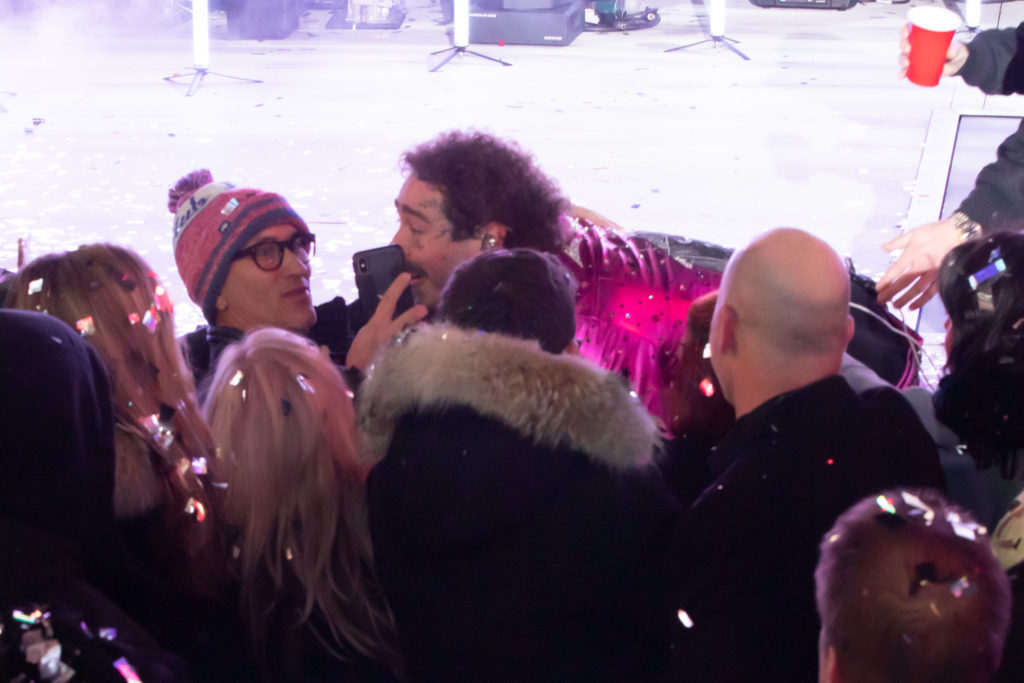 That is certainly one way to finish off the year!