Joey Carbery and Keith Earls are both expected to sit out Munster's Guinness Pro14 derby against Connacht on Saturday.

Earls is recovering from a thigh injury while Carbery's been out with a hamstring issue and head-coach Johann van Graan says he won't risk either player unless they're fully fit.

“In big games you need your quality players fit, I’ve got 100 per cent confidence in the guys that we put on the field and Tyler Bleyendaal and JJ Hanrahan gave it all they’ve got, as did Darren Sweetnam, who scored that try.

Earls hasn't played since hurting his thigh against Cardiff earlier this month and van Graan says he's nearing a return.

“Keith came in and got an opportunity to get on the field on Saturday but we took him out last Thursday. We’ll reassess him this week and as soon as he becomes available I’ll pick him. 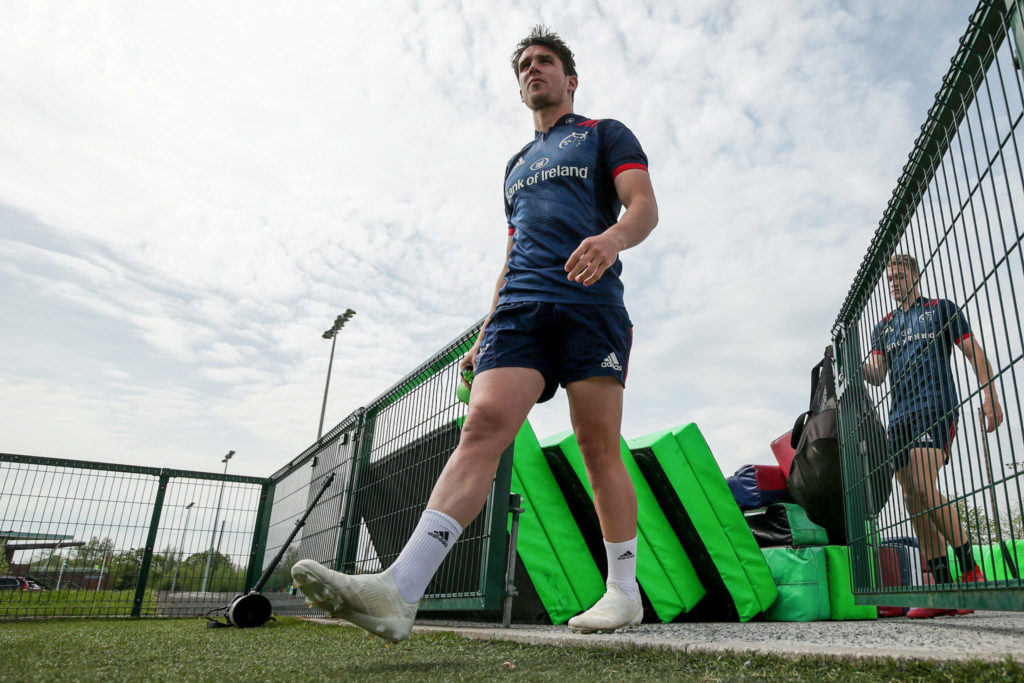 While Carbery's increased his training workload in recent days and is taking part in today's session at the University of Limerick.

“Joey ran last week. He hasn’t trained with the team as of yet. We’re not going to rush him back, we’ve already qualified for at least a home quarter-final so there’s still a lot of rugby to be played. He’s been injured twice now with hamstring injuries so we’d like to give him some sort of training time and then we’ll put him back in.”

Prop Dave Kilcoyne is also a doubt for the Reds after picking up an ankle injury in their defeat to Saracens in the Heineken Champions Cup last weekend.

“Dave Kilcoyne, it looks like his ankle. He’ll hopefully be able to train later in the week. He’s been one of our unsung heroes, he’s played literally every game, I thought he was in fantastic form in the Six Nations as well and if he’s available for this weekend we’ll pick him.

“But if it’s a 50-50 we won’t take a chance with him when there’s also a possible quarter or semi coming up.”

Everyone’s in the Team Of Us.

Vodafone. The Official Sponsor of the Irish Rugby Team.