Anyone travelling to Dublin tomorrow is being warned to expect long delays.

Several approach routes to the city are expected to be blocked.

That's by the Irish Truckers and Haulage Association Against Fuel Prices travelling in convoy to Leinster House.

Gardai say they have a plan in place, but they are advising that commuter traffic may be impacted. 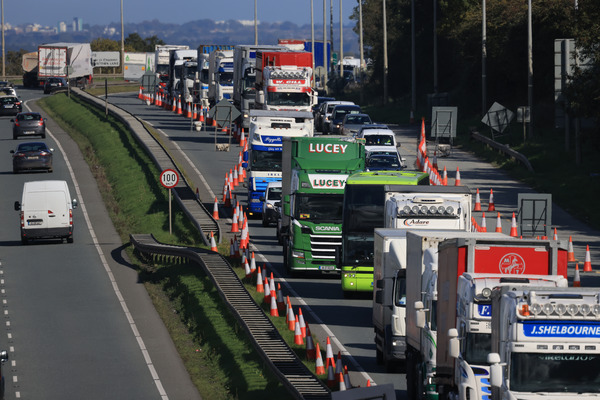 Organisers say if they don't get a change a lot of small operators will be out of business sooner rather than later.

If they don't get answers tomorrow, they will be back in bigger numbers for a week before Christmas.