An Irish farmer has gone viral after cutting his own hair with a sheep sheers.

Donie Anderson's exploits have been viewed more than 900 thousand times since his video was uploaded to Facebook yesterday.

The hill farmer, from Glenasmole in Dublin, cut off his long locks in just four minutes as his two sheepdogs watched on.

He can be heard telling them: “Sure it’ll grow back in a couple of days and no one will notice anyway;” however, he may have been barking up the wrong tree when he asked them to tell him if he “missed a bit.”

It took him a total of four minutes to finish the job. 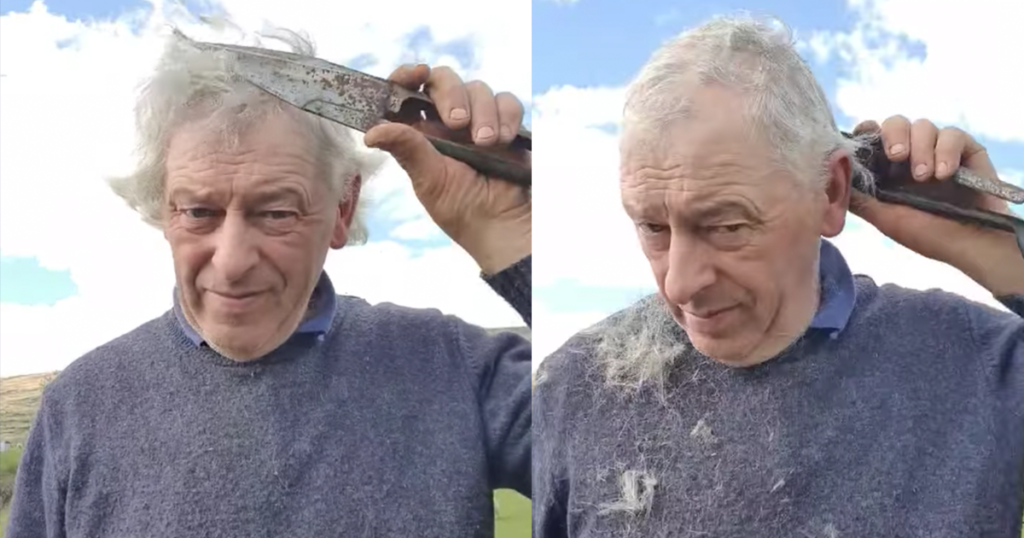 Sheepdog Jess has won fame in her own right for her skill herding ducks, hens and geese into pens and trailers at country fairs around the country.