Decision Due On Berlin Bar License Renewal Next Month

A decision on whether the Berlin D2 bar should be allowed to renew its licences will be made next month.

Over the course of a two-day hearing, the licensing court has heard about breaches of Covid-19 guidelines.

They're alleged to have happened during a boozy brunch event last August. 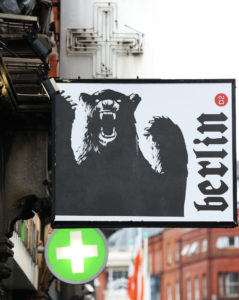 Decision On License Renewal Due Next Month

The lawyer who’s acting for Gardaí opposing the renewal of licences for the Berlin D2 bar accused the owners, who gave evidence today, of being more concerned about the public backlash on social media afterwards, than the risk to public health.

John Duggan was the manager on duty at the event.

He said he didn’t see some of the things that happened as bad enough to warrant taking action.

However he accepted, with hindsight, that he should have done things differently.

The court heard he and a barman who was caught on camera dancing on the counter while pouring drinks into the mouths of customers below were suspended without pay for a week.

A judge has said she will deliver a ruling in five weeks on Berlin D2 bar’s licence obection for flouting of coronavirus.

"Everyone Will Lose Their Jobs" If License Isn't Renewed

Two of the owners, Simon Blake Knox and Fiona Kelly, spoke of the consequences if the licences aren’t renewed.

Everyone will lose their jobs, the court was told.

The bar accepts a number of guidelines were breached.

But they say no laws or regulations were broken.

Gardaí accept that’s the case but say the blatant disregard for guidelines aimed at keeping the public safe go to the character of the licence holder and should be considered.

A decision will be made next month.