Bohemian FC has launched a new jersey, in partnership with Amnesty International Ireland.

They are calling for an end to Direct Provision system.

The shirt features an image of a family fleeing war formed with the words, ‘refugees welcome.’ The words “Love Football, Hate Racism” are printed on the collar.

❤️It is with great delight that the Bohemian Football Club, made possible by @DesKellyIE, unveil our 2020 @ONeills1918 away jersey, a partnership with @AmnestyIreland

Full launch at 11am

The club has run several programmes aimed at breaking down the barriers faced by people living in Direct Provision in recent years – including by raising funds to bring them to home games at Dalymount Park. 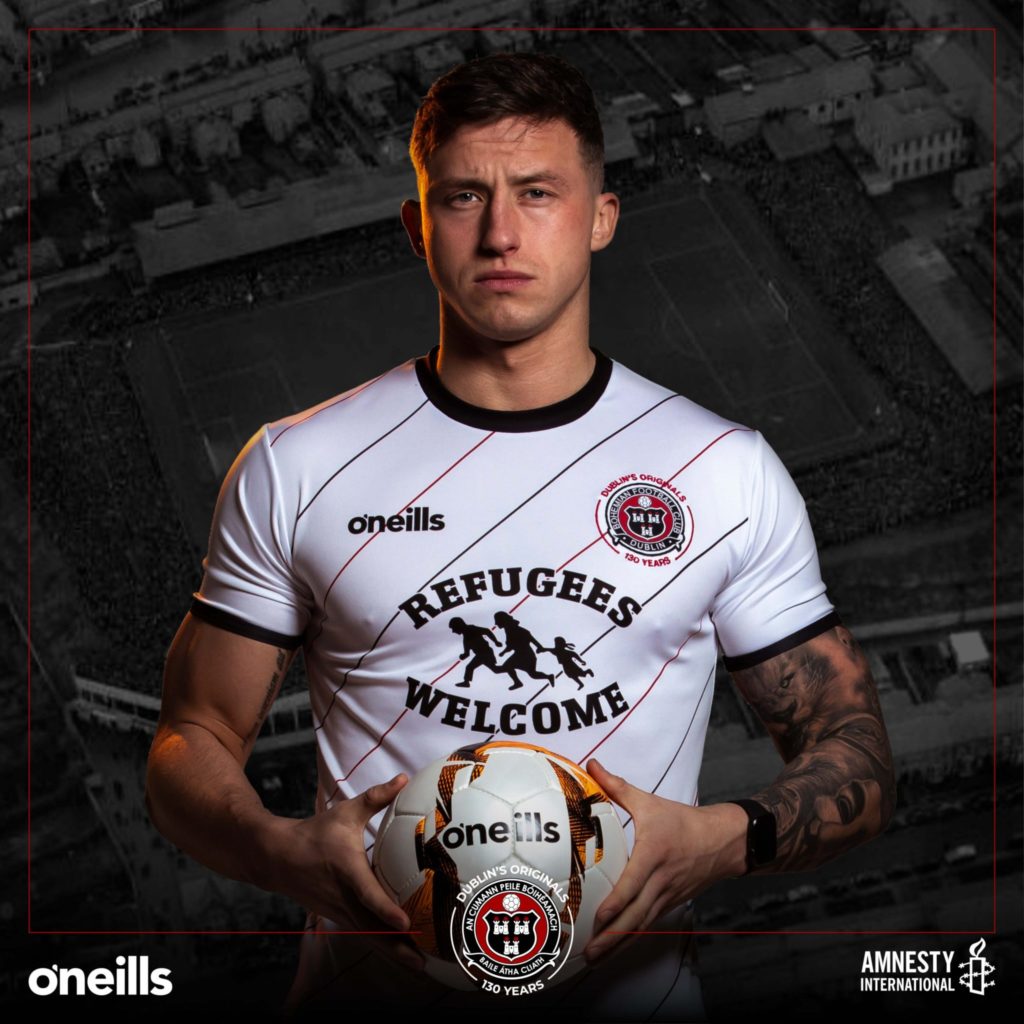 It also works with MASI to build relationships with people living in Direct Provision through football.

Amnesty is calling on the government to end the Direct Provision system and urgently develop an alternative.

Excited to be at the launch of @bfcdublin new away jersey and proud to be a partner. #refugeeswelcome #enddirectprovision pic.twitter.com/IdVZNyEshb

“Bohemian FC and their supporters have an incredible track record on social justice issues.,” he said.

“We’ve long respected the practical solidarity they’ve shown people seeking asylum and refugees, so this is a fantastic opportunity to bring our supporters together to call for an end to direct provision.”

He said the system is an “ongoing human rights scandal.”

Man Charged In Connection With Murder Of Keane Mulready-Woods

The Afterparty With Niall Dunne