Cardi B And Offset Splashing About In Puerto Rico

It looks like Cardi B and Offset could be back together, the couple were spotted splashing around on a jet ski in Puerto Rico by TMZ.

Cardi B was there to perform at the Electric Holiday festival last night in San Juan along with Diplo and Los Wálters.

It's after the the pair announced their split earlier in the month after it was reported that he had allegedly cheated on her with another woman. 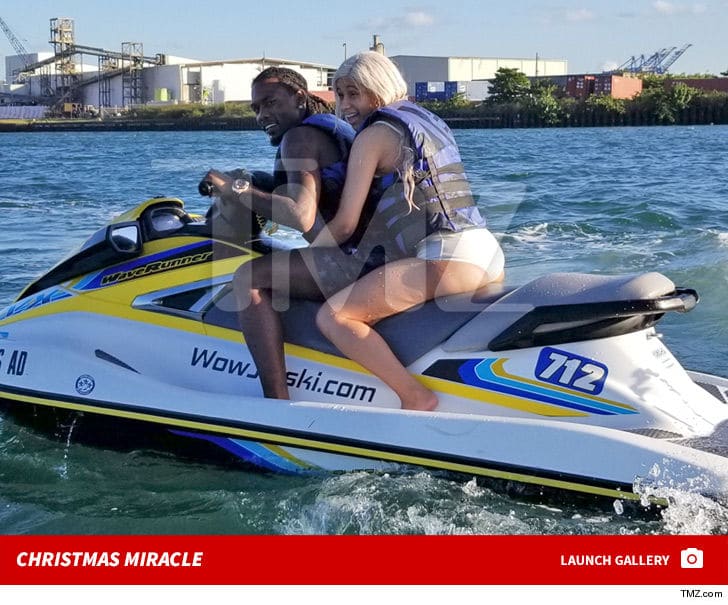