Apparently Eyebrow Transplants Are A Thing – Chrissy Teigen's Had One

Chrissy Teigen has had an eyebrow transplant

But Chrissy's been facing a lot of complaints from her followers who say she has too much money to waste.

Chrissy wrote on her Instastory, "I never wear makeup if I can avoid it so I was so excited for this eyebrow transplant surgery." 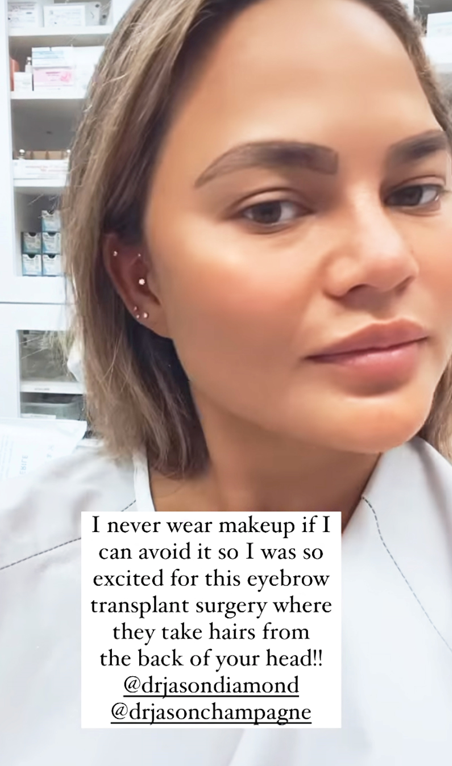 The procedure involves taking hair follicles out of the back of the head or neck and implanting them into the eyebrow.

Usually, the donor area will have to be shaved before the follicles are removed. The procedure typically take about four hours and can cost thousands of euro.

In her photo after the surgery, Chrissy's eyebrows are clearly fuller with a natural appearance.. 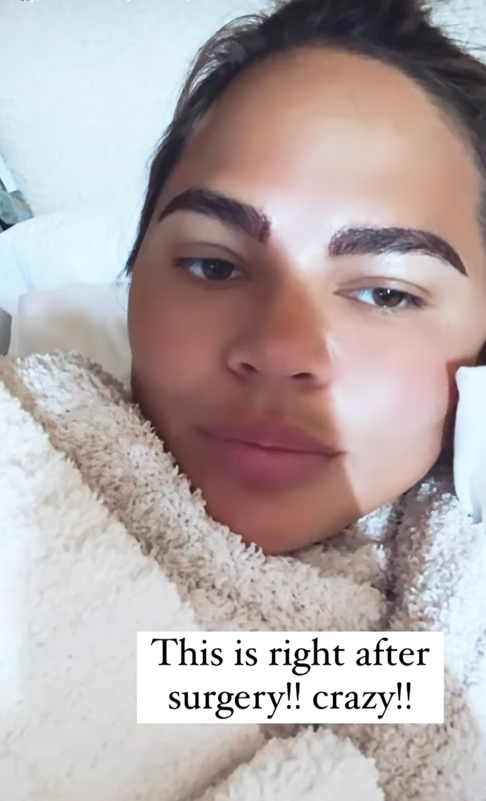 While Chrissy's followers have given out that she has too much money, she's asked them why they get "riled up" over everything she does.

"You're gonna give yourselves a heart attack," she said on Instagram.

Honestly, I think she looks great. If I won thousands of euro with SPIN's Cash Machine, I'd get it done myself.

Chrissy Teigen Writes Lengthy Letter Of Apology: 'I Was A Troll, Full Stop'

Chrissy Teigen Apologises After Courtney Stodden Accuses Her Of Bullying Them